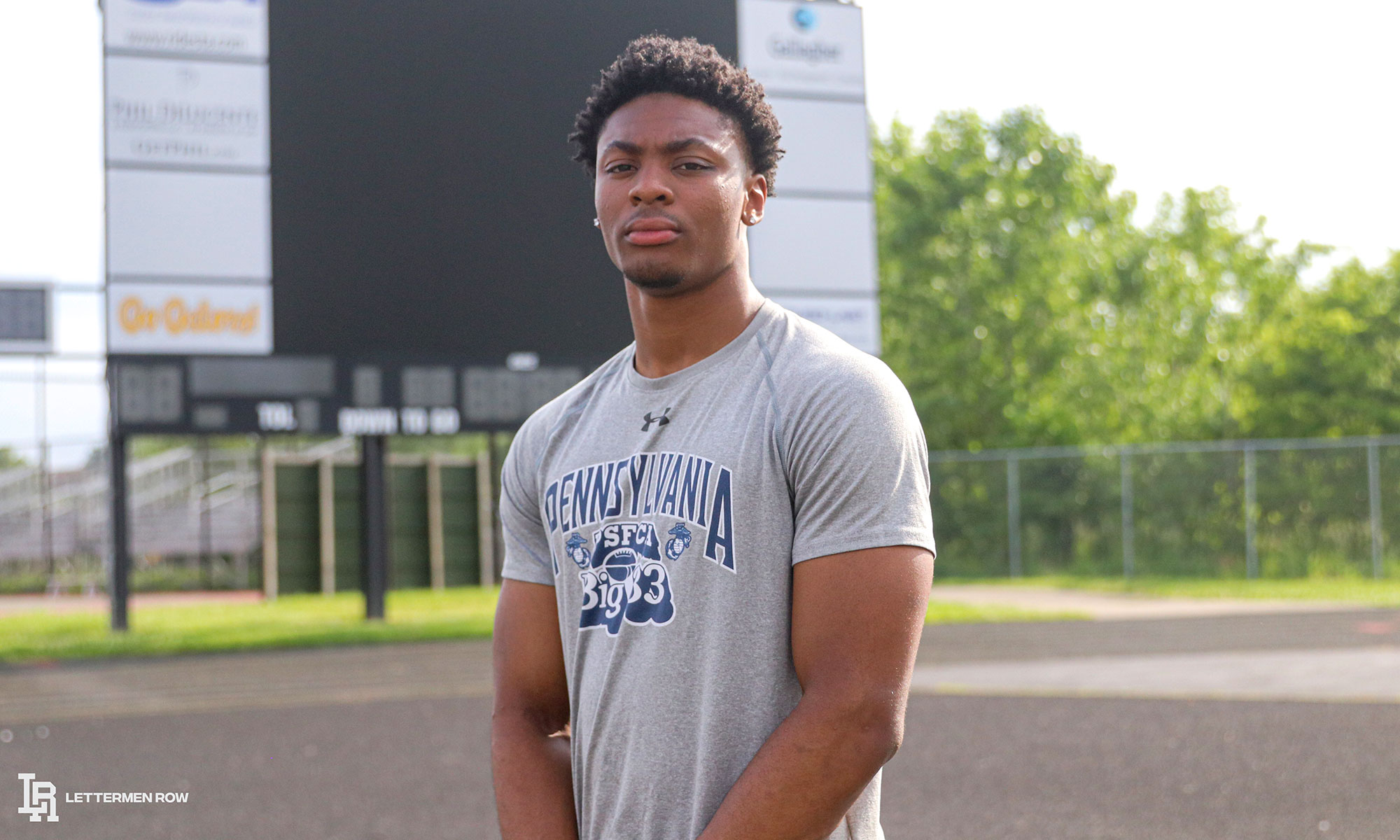 Derrick Davis is set to make a decision. (Birm/Lettermen Row)

Ohio State has been recruiting Derrick Davis Jr. for years. Now, that recruitment appears to be coming to a close.

The Buckeyes seem to be on the outside, looking in, in Davis’ recruitment. They’ll find out where Davis will continue his football career soon. The talented four-star safety from Monroeville, Pennsylvania has set a commitment date of Nov. 7, up a week from his previously announced commitment date.

Ohio State is unlikely to land the dynamic athlete, but there’s still a chance to impress Davis before he announces his college choice. The country’s No. 53 overall player is expected to choose the Buckeyes Big Ten rival Penn State, adding to the Nittany Lions class that could be the second-best class in the Big Ten.

For now, the Buckeyes will continue to recruit Davis until that Nov. 7 decision is made. But as that decision now looms, the Buckeyes might be on the outside.

In the last poll before game action, Ohio State checked in at No. 5 in the latest Amway Coaches Poll on Sunday afternoon, receiving two first-place votes. Clemson retained the top spot in the poll. The Tigers are followed by Alabama, Notre Dame, Georgia and Ohio State.

Some coaches and voters in the AP Poll continue to only rank teams that have played a game this fall, but many added the Big Ten back into the rankings ahead of its opening weekend of games. Some will continue to keep the Buckeyes and other Big Ten teams off their ballots until the Oct. 25 polls are released, skewing the results and rankings in the polls. Once the Buckeyes kick off on Saturday at noon against Nebraska, they should be back into the top three or four with Alabama, Clemson and others, assuming the Crimson Tide and Tigers remain undefeated.

The Buckeyes will have no crowds, fewer typical traditions and fewer games this fall. All of that is different from the past. But the sense of normalcy comes from the field, where the Buckeyes are picked to win the Big Ten in runaway fashion. And they’ll start the season as a heavy favorite over Nebraska inside Ohio Stadium on Saturday.

Ohio State is a 26-point favorite over the Cornhuskers, according to the folks at BetOnline.ag, in the Big Ten opener set for Saturday at noon on FOX. The first game of the year is the first hurdle on the Buckeyes path to another College Football Playoff appearance.