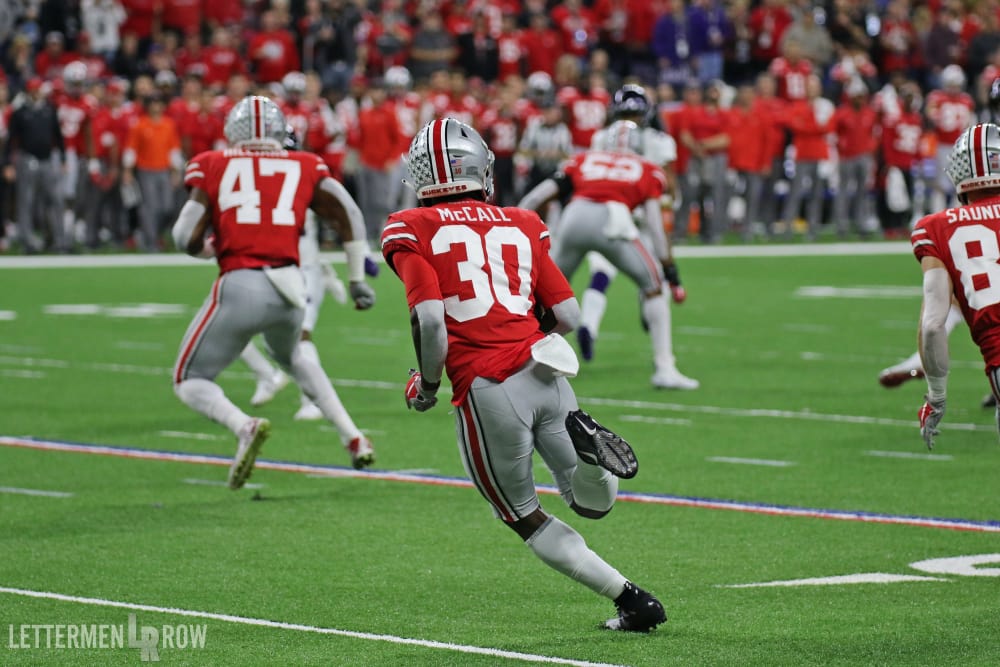 The job isn’t guaranteed forever, but Demario McCall is going to have the first crack at the hotly-contested backup running back spot for Ohio State.

Position coach Tony Alford gave McCall the nod during his press conference on Wednesday night, and the redshirt junior is certainly aware of the stakes for him in a now-or-never moment. Lettermen Row senior writer Austin Ward talked with both guys about the development and what it means heading into the season opener.

McCall was heading into his fourth season with the Buckeyes and hadn’t been able to find a consistent way to contribute. And if that wasn’t enough of a motivational carrot, the coaching staff started publicly asking for somebody to emerge as the backup tailback — and the message was clearly intended for the redshirt junior.

“For me, I do feel that way — like now is the time,” McCall said on Wednesday. “I’m finally going to get to show that it’s time for me to show it.”

“It got frustrating at a point, you know. It did feel like injuries held me back for a while, so now that I’m 100 percent, I get to actually go out and play football, be me and do what I do best. It should be interesting.”

As training camp winds down and the Buckeyes gear up for the season opener, they had a relatively light Wednesday evening at the Woody Hayes Athletic Center. But they still closed the day with a media session, as the tight ends, linebackers and running backs were represented for the final interview opportunity before game-week preparation begins.

Linebacker coach Al Washington addressed the rebuilding of the Silver Bullets and why Tuf Borland and Pete Werner remain so key for the plans moving forward. Tony Alford detailed the progress of J.K. Dobbins and analyzed the depth in the backfield. And Kevin Wilson and perhaps the strongest pound-for-pound offensive unit discussed how the tight ends will be used.

All video interviews can be found on the Lettermen Row YouTube channel.

There are a handful of key prospects within the state of Ohio who have the attention of the Buckeyes, and the latest Dotting the ‘Eyes notebook from Birm weighed in on both Lorenzo Styles Jr. and Mike Drennen.

Some crystal-ball predictions for Drennen now have him leaning towards Kentucky. Styles, though, remains one of the biggest priorities for Ohio State — regardless of his position.