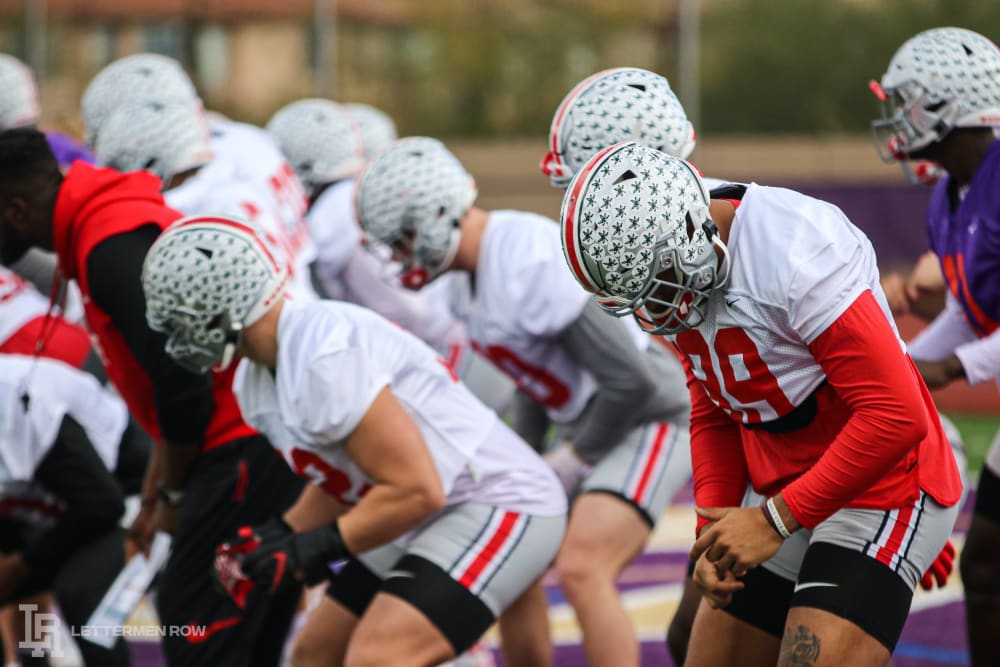 It's a big week for Ohio State and the Big Ten. (Birm/Lettermen Row)

It’s a big week for Ohio State and the Big Ten.

The schedule for the conference has already been reduced to a conference-only slate, wiping out all nonconference games. And with fall camp set to start later this week, there are plenty of questions remaining. There have been few — and in some cases, no — answers. The NCAA Board of Governors is set to meet this week to discuss fall sports. And the results of those meetings will set the table for the impending opening of training camp in Columbus.

Ohio State wants a season. The Big Ten wants a conference-only season, the only way to have games. And this week will be a huge point in the discussion about whether that can happen. Stick with Lettermen Row all week for developments.

Lettermen Row Director of Recruiting Jeremy Birmingham and Spencer Holbrook are back to break down the commitment of four-star linebacker Gabe Powers, who chose the Buckeyes on Saturday night, on the latest episode of Talking Stuff. They talk about what the Marysville native’s commitment means for the class and how it could lead to a historic linebacker haul for Al Washington in the class of 2022.

With Powers now in the fold, four of the state of Ohio’s top five 2022 prospects are committed to Ryan Day’s program, setting the tone for another big-time recruiting haul that is centered around local talent. The state’s top-ranked player, Powers is now the second linebacker committed in 2022, meaning that Al Washington’s linebacker group is probably half full with a number of major talents who could round it out, including Shawn Murphy, Jalon Walker, Justin Medlock and Dasan McCullough, among others.

The guys also break down the ongoing dead period and why the Buckeyes have began to offer 2023 prospects.

It’s all presented by Byers Auto.

Gabe Powers breaks down decision to commit to Ohio State

Though most people who knew him expected an eventual commitment to Ohio State once the Buckeyes offered him, there were a number of college visits that Gabe Powers intended to take before making a college decision.

Penn State, Notre Dame, Clemson, another trip to Michigan maybe. Those were all on the agenda at some point for Ohio’s top-ranked 2022 prospect. Then the world shut down as a result of the Covid-19 pandemic, and the 6-foot-4, 225-pound Powers had to adjust his way of thinking knowing that no visits were taking place anytime soon.

And he decided to commit to the Buckeyes.

Why end his recruitment now? What did the Buckeyes do that made Ohio State stand out the most to Gabe Powers? Will he still try and take other visits down the road? The newest 2022 verbal talks about those things and more in his commitment edition of Birminology with Birm on Lettermen Row.