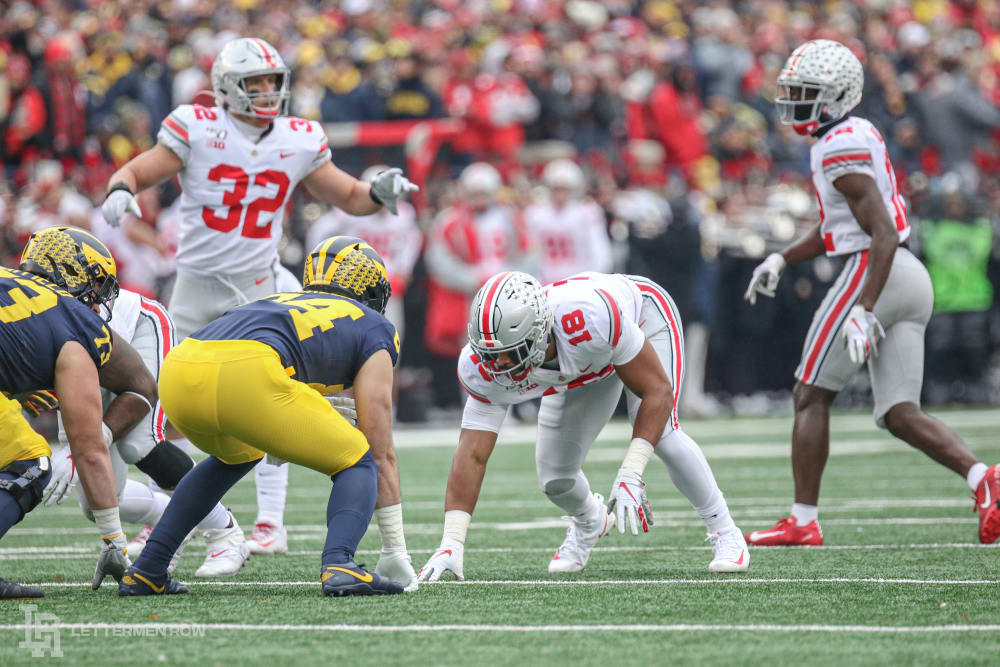 Ohio State and Michigan could play in September. (Birm/Lettermen Row)

Could Ohio State-Michigan move to September?

Ohio State and Michigan have played in the regular season finale of every season since 1935, with only one exception in 1942, one of the seasons Ohio State won a national title.

The two rivals gear up for each other all season, building up toward the finale that is considered the greatest rivalry in all of sport. But could this season be the second year since 1935 the teams meet before the final game of the regular season? Ohio State athletic director Gene Smith isn’t ruling it out, especially with the scheduling changes set to come due to the COVID-19 outbreak.

Division games could all be moved to the front of the schedule. Games could start in Week Zero, the final Saturday of August. All the conference games could remain in the same slots they are in. Anything could happen in the schedule this season, including a move of the Ohio State-Michigan rivalry game.

“That is a talking point that we have to have as ADs and coaches is whatever number of games, how many we have and then do we front-load division or spread it out,” Smith said in his teleconference last week. “We have to go through all of that and talk about a championship. We have not delved deep into those details yet.

“We had preliminary conversations, but we haven’t gone there to the point where I can actually, definitively answer that.”

This season, anything could happen, including moving the Ohio State-Michigan game.

Hicks broke down his commitment to Ohio State and how he plans to continue recruiting Murphy to the Buckeyes. Murphy made sure to provide an update on his recruitment and where the Buckeyes stand.

Don’t miss the latest show presented by Byers Auto as Jeremy Birmingham and staff writer Spencer Holbrook are back with the latest details, news, notes and rumors surrounding the world of Ohio State football recruiting.

Who will start on Buckeyes defensive line?

One of the best defensive linemen in school history is gone for Ohio State, but that doesn’t change expectations along the line at all. They’re still sky-high.

The Buckeyes are pegged to be one of the best units not only in the Big Ten, but also the entire country again this season despite the loss of Chase Young, DaVon Hamilton, Jashon Cornell and Robert Landers. Those four helped the Buckeyes become what they were last year in the trenches, setting the bar high for this year’s line to shoot for. It won’t be easy, but the task is being met head-on.

As we wrapped up Defensive Line Week at Lettermen Row last week, we broke down who is a lock for playing time, who may find time on the field and who can expect to watch from the sidelines.