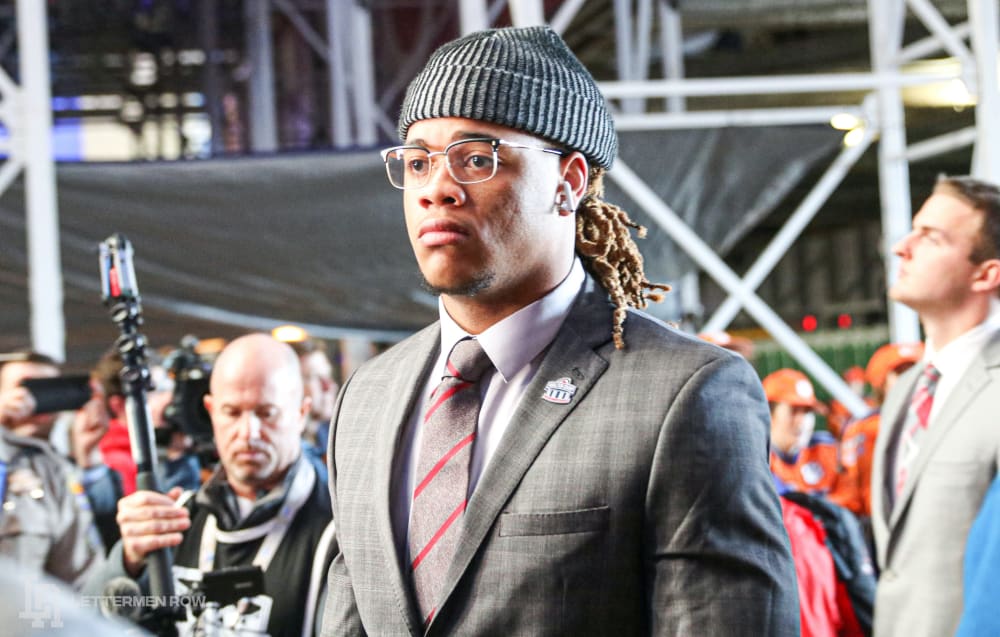 Chase Young doesn’t need to work out at the NFL Combine. His fate as one of the first five players selected — and likely first two — is already sealed without a 40-yard dash time or a cone drill.

But Young will still make appearances in Indianapolis at this week’s NFL Combine when he speaks to the media Thursday morning. All eyes will be on Young as he answers questions about everything imaginable. Young is no stranger to the spotlight, so it won’t be hard work for him. Especially now that he has already decided to decline the on-field workouts.

He can’t help his draft stock any more. It’s as high as it can be. So there’s no point in working out. But the interview session might add a fun layer to a busy week in Indianapolis for the superstar defensive end. Young is set to speak at 9:30 a.m. DaVon Hamilton will speak at 8 a.m.

Lettermen Row will be on site for the interviews and have further coverage.

Ohio State was able to enjoy relying on J.K. Dobbins for the last three seasons. The dependable 2,000-yard rusher a season ago could have been part of a national title team, but the Buckeyes stumbled in the Fiesta Bowl against Clemson.

Dobbins hurt his ankle in that game, and he wasn’t himself after the injury. He thinks if he was healthy for the full 60 minutes, the Buckeyes might have earned a couple pieces of hardware when the season ended. He might be right, but that point is all moot now. He’s focused on healing his ankle and continuing prep for the NFL Draft in April.

And he’s still upset about the Fiesta Bowl in the meantime.

Lettermen Row wrote about Dobbins at the NFL Combine on Wednesday. Here’s part of it:

Dobbins is so confident in his ability to shift a game that when he was asked about his ankle injury that hampered him in the second half of the Buckeyes crushing season-ending loss to Clemson in the Fiesta Bowl, he said exactly what was on his mind.

“We definitely win that game,” Dobbins said about the Buckeyes if he wouldn’t have gotten hurt.

Not entirely over the way things ended at Ohio State, Dobbins still thinks about what could have been if he would have stayed healthy for the full Clemson game. He might be a national champion.

As the Buckeyes continue to pad their resume for the NCAA Tournament and add wins for Big Ten seeding, they find themselves moving up in the latest rankings despite splitting their pair of games from last week.

The now-No. 23 Buckeyes got a huge win Sunday over No. 9 Maryland. Now, they’ll look to keep the winning going Thursday night when they hit the road to take on Nebraska.

The Buckeyes looked good against Maryland. Currently at 18-9 and 8-8 in conference play, they’re tied for ninth place in the Big Ten standings. Ohio State will keep climbing in those rankings if it can win both games this week. That all starts with the trip to Lincoln to face a struggling Nebraska club (7-20, 2-14 Big Ten).