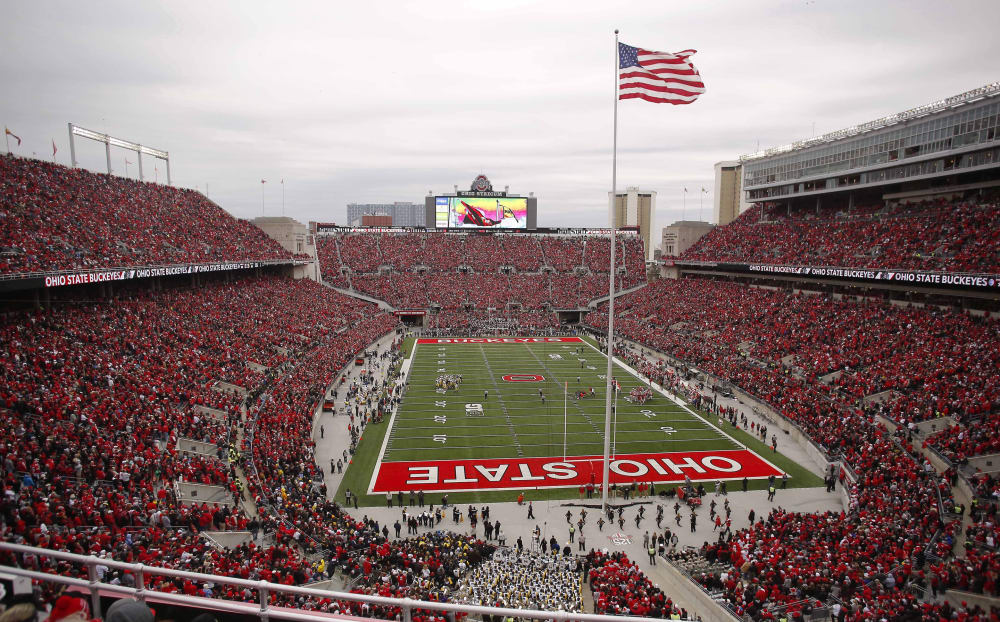 Ohio State will have fewer fans in the stands this fall. (Joe Maiorana/USA Today Sports)

If Ohio State is able to play games this season, the game atmosphere will look like nothing ever seen before at Ohio Stadium.

Attendance will be drastically reduced to no more than 20 percent capacity. Masks are going to be required. Tailgates are going to be prohibited. Concession sales will be limited. Even the pregame routine for the Buckeyes will be forced to change. The Skull Session at St. John Arena is going on hiatus. The university announced all those changes Tuesday.

“While no final decision has been made regarding the 2020 football season, the Department of Athletics has been working diligently with university leaders, public health experts and government officials to create game day plans that protect the health, safety and well-being of our student-athletes, staff, faculty and fans,” a school email obtained by Lettermen Row said. “In order to provide the safest environment, certain measures will need to be implemented at Ohio Stadium this year, including physical distancing, mandatory masks/facial coverings, limited concessions, no tailgating and no skull session at St. John Arena. These measures will result in a reduced crowd capacity of no more than 20 percent of overall stadium capacity and will impact all ticket-holder constituencies in both overall ticket quantity and seat location.”

The Tim May Podcast is back with another impressive Ohio State guest.

Former Ohio State and NFL offensive lineman Jack Mewhort joined Tim on this week’s show to talk about his favorite Buckeyes memories, his time with former Buckeyes coach Urban Meyer and much more about Ohio State. Tim and Jack also broke down the coronavirus concerns facing both college football and the NFL, what offensive linemen have to deal with during this pandemic and how they can handle the uncertain circumstances.

Tim was also joined by Lettermen Row senior writer Austin Ward to break down the latest on the scheduling in the Big Ten and how it might impact the Buckeyes and the conference moving forward.

Garrett Wilson can be key for Buckeyes return game

Garrett Wilson grew more comfortable throughout his freshman campaign at Ohio State. His production continued to tick upward. He was on the field for key moments. Wilson became one of Justin Fields’ favorite targets, no matter where he lined up.

But he also proved to be valuable to the Ohio State special teams unit. Wilson’s explosiveness and his ability to slip between the cracks allowed him to carve out a role as a punt returner. And with another year of experience under his belt, he might just be the dangerous weapon the Buckeyes have been lacking for the better part of a decade.

Wilson was expected to be a contributor on offense, and he was certainly effective as a first-year wide receiver. But once he began fielding punts, he began to shine there, too. There was the 52-yard punt return against Miami (Ohio) in September. There was the 23-yard punt return that was almost broken for a touchdown in the Big Ten showdown against Wisconsin late in October.

How can Garrett Wilson make an impact in the return game? Lettermen Row has more here.