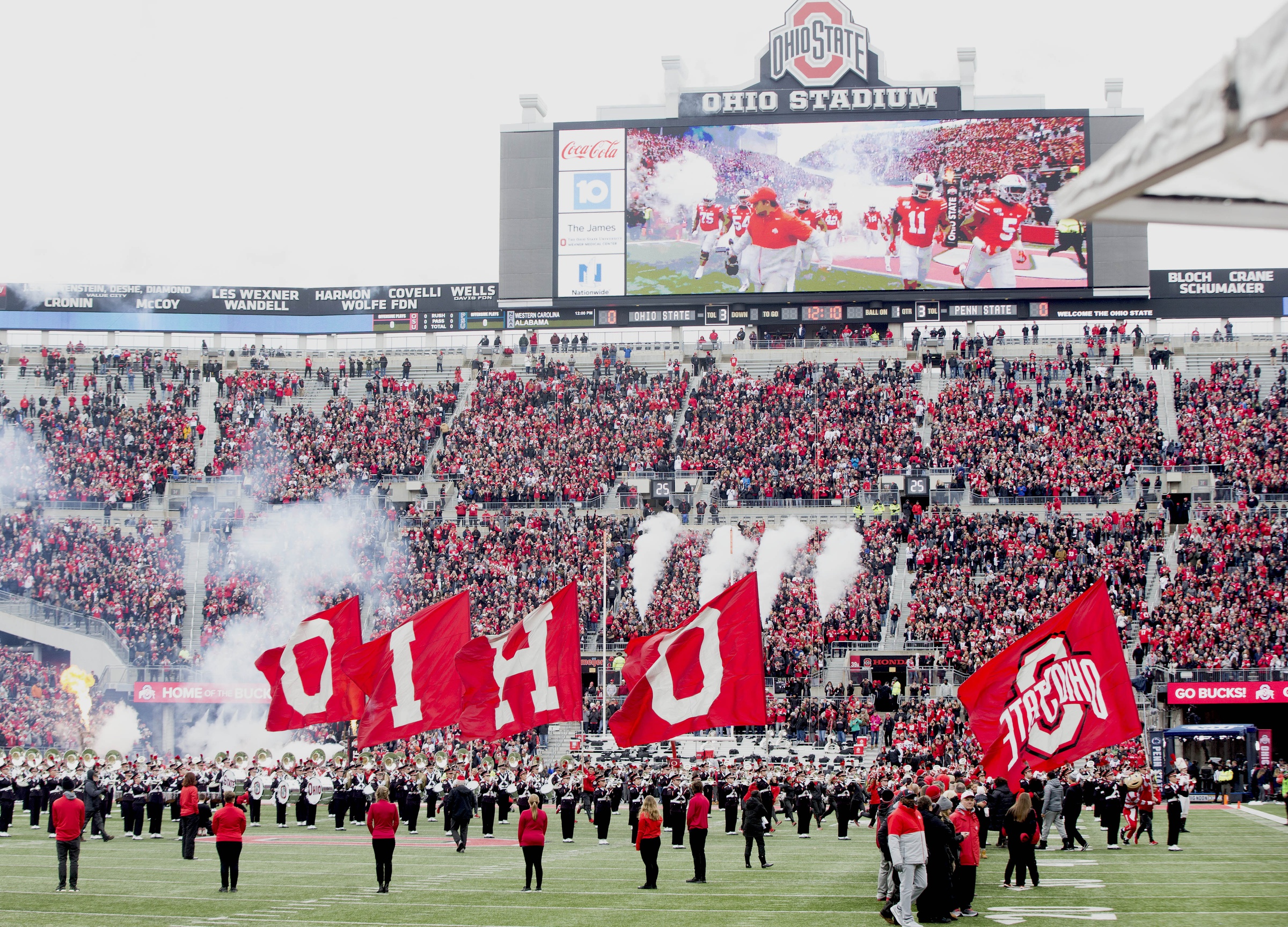 The dream college football matchup is one step closer to happening.

Ohio State and Alabama agreed to a home-and-home series in 2027 and 2028. The first matchup in 2027 will take place in Columbus, and the Buckeyes will make the return trip to Tuscaloosa in 2028.

Unless the two meet in postseason play between now and the scheduled games, the home-and-home series will be the first meetings between the two historic programs since Ohio State defeated Alabama in the Sugar Bowl on its way to the 2014 national title.

Ohio State deputy athletic director Diana Sabau, who was instrumental in making the scheduled games happen, talked with Lettermen Row senior writer Austin Ward about how the scheduling of those games came together and why it was so crucial to make it a home-and-home rather than a neutral-site game. And she also discussed the $3 million cancelation fee if one of the teams backs out.

Sabau and Gene Smith have long been on board with beefing up the non-conference slate for the Buckeyes, and the results are clear to see with a docket that also includes Georgia, Texas, Notre Dame, Oregon and Washington over the next decade. But Alabama is undoubtedly the headliner, and Ohio State needed their counterparts in Tuscaloosa on the same page to actually make the series a reality.

Crimson Tide athletic director Greg Byrne and deputy Finus Gaston saw the same benefits that Ohio State did. And they all backed it up financially, agreeing to exchange money for each team’s visit and establishing the largest cancellation penalty in Ohio State history.

“We wanted to do something totally different,” Sabau said. “Usually when you have a home-and-home, you don’t exchange financial resources. Each school just benefits from being at their home stadium that one year. But Ohio State and Alabama said: We’re going to agree to pay each other $1 million as a visiting team just to help out with expenses.”

For the full story of how the games came to be scheduled, click here.

Jaylen Harris has been waiting for his turn to make an impact at wide receiver for Ohio State. Now with just one year left to make it happen, he’s facing a climb on the depth chart. With six wide receivers gone in the last two seasons, this season might be his best opportunity to find a role in the offense.

What can Jaylen Harris bring to the Ohio State offense at wide receiver? How can the former four-star recruit make the leap into the rotation as a senior? Will his 6-foot-5 frame allow him to become a valuable target for the Buckeyes in the passing attack? Former Ohio State wide receiver and national champion Evan Spencer was back in the Lettermen Row film lab looking at some clips and answering those questions in the latest episode of BuckIQ.

Earlier this week, Jayden Ballard made a sizable jump when 247Sports.com updated its national recruiting rankings. He’s now listed as the No. 45 overall prospect and No. 5-ranked receiver in America.

The Buckeyes commit may not make a lot of noise off the field; he rarely — if ever — talks to members of the media, but his talent is deafening and has clearly earned him the national recognition.

How has Ballard been able to stay so under-the-radar while continuing to rise as an Ohio State pledge? What did his coach have to say about Ballard’s talent and his ability to stay quiet while working hard? Lettermen Row recruiting expert Birm has more about Ballard here.