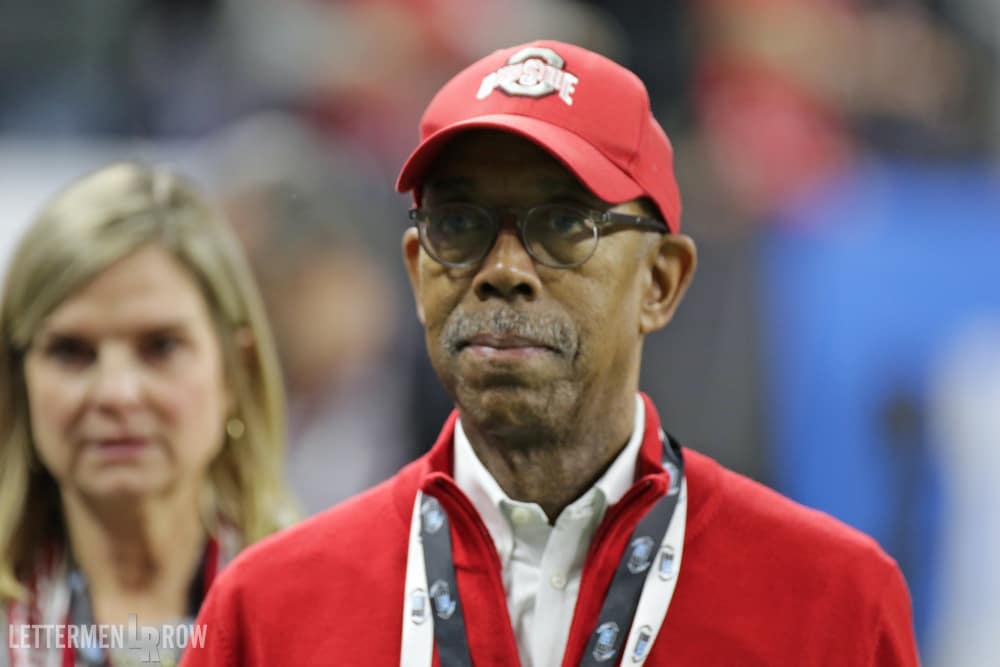 Kristina M. Johnson, who has been the Chancellor at State University of New York since 2017, has been named the 16th president in Ohio State history. She will take over for sitting president Michael Drake on Sept. 1, 2020.

“We are pleased beyond measure to welcome Dr. Johnson to Ohio State,” board chair Gary R. Heminger said in a statement released by the university. “Her range of knowledge, service and accomplishments across sectors and throughout her career is nothing short of remarkable. She is uniquely positioned to make an immediate impact – building on Ohio State’s momentum and advancing our mission to uplift lives through academic excellence.”

Johnson has ties to Ohio State. Her grandfather played football for the Buckeyes and graduated in 1896.

“Ohio State has always been a special place to me – well beyond its standing as one of the most respected teaching, research and patient-care institutions in the world,” Johnson said in the statement. “I am humbled to be selected to lead this great land-grant university, and I look forward to meeting with students, faculty and staff to begin our work together.”

What can Justin Fields learn from his three interceptions last season? How did those plays materialize for the Buckeyes quarterback? Where can Fields continue to get sharper heading into his second year with the program? Former Ohio State staffer, Kentucky quarterback and current Ohio Dominican offensive coordinator Mike Hartline was back in the Lettermen Row film lab to answer those questions in the latest episode of BuckIQ.

BuckIQ: What Justin Fields can learn from his only three interceptions
Watch this video on YouTube.

How do Buckeyes recruit quarterbacks?

Ohio State has a decorated history of quarterback play, but it has been accelerated even more under Urban Meyer and Ryan Day.

So what goes into the decision to recruit quarterbacks? How do the Buckeyes figure out who to recruit and who to target for the quarterback of the future? Lettermen Row’s Birm has more on everything you need to know about quarterback recruiting:

Since the arrival of Urban Meyer and his Director of Player Personnel Mark Pantoni, Ohio State has won the Big Ten’s Silver Football award six times, and four of those winners played quarterback in Columbus. It’s clear the Buckeyes know what they want from the position and are recruiting to that end.

What does it take to get recruited by Ohio State to play quarterback? As Day himself has described in the past, the first thing — and most important thing — is one exceptional trait.

C.J. Saunders, Buckeyes are working, protesting, kneeling for change
Jack Miller not shying away from competition for Buckeyes