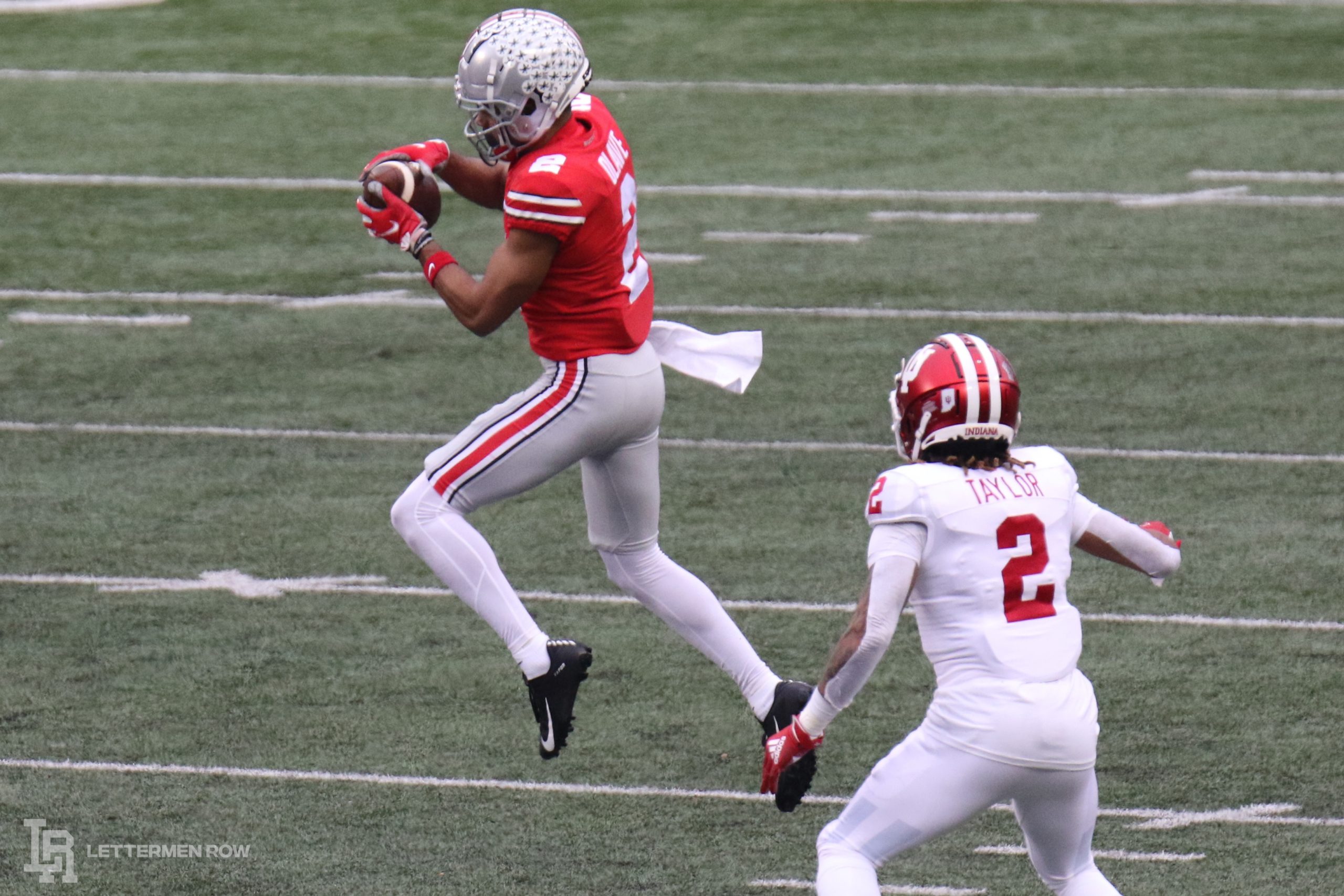 Ohio State wide receiver Chris Olave and the Buckeyes are back working out in the facility. (Birm/Lettermen Row)

Buckeyes back to weight-room grind for ‘The Reload’

Ohio State certainly hasn’t forgotten the loss in the national title game to Alabama last month. But the Buckeyes are already hard at work, aiming to get back to that game and ultimately win a college football crown.

The program took some time off after the title game. Now the early-enrollees have joined the returning stars and playmakers for winter workouts inside the Woody Hayes Athletic Center, reloading on talent and preparing to win a fifth-straight Big Ten championship.

The reload is already beginning.

Ohio State’s season may have just ended a month ago, but the reload and pursuit of a national championship next year are already well underway.

The offseason is in full swing for Ohio State, but that won’t stop Lettermen Live from another episode hosted by our friends at Roosters.

The crew also dives some of the worst weather they’ve played football in, the great food at Roosters, how the Buckeyes can benefit from hiring two new analysts and plenty more.

Another week, another impressive pair of games for the red-hot Buckeyes.

Ohio State continued its winning ways over the last week, taking down Maryland and Indiana to extend its winning streak to six games, as Chris Holtmann and his program keep building a resume that is among the best in the country.

The voters are taking notice for the second-straight week, keeping the Buckeyes at No. 4 in the latest AP Top 25, which was released Monday afternoon. Gonzaga and Baylor, the two undefeated teams in major college basketball, retained the top two spots. Michigan, which finally played after a long COVID-19 layoff and won Sunday, stayed at No. 3 ahead of Ohio State. A third Big Ten team, Illinois, rounded out the top five.

Ohio State (17-4, 11-4 Big Ten) struggled early against Maryland before pulling out a road win early in the week before blowing out an overmatched Indiana team on Saturday in a statement win that kept the Buckeyes on the No. 1 seed-line for next month’s NCAA Tournament.

The No. 4 Buckeyes will be back in action Thursday on the road at Penn State, a game that will tip off at 8 p.m. on Big Ten Network. Ohio State and Michigan will battle on the hardwood this coming Sunday afternoon.