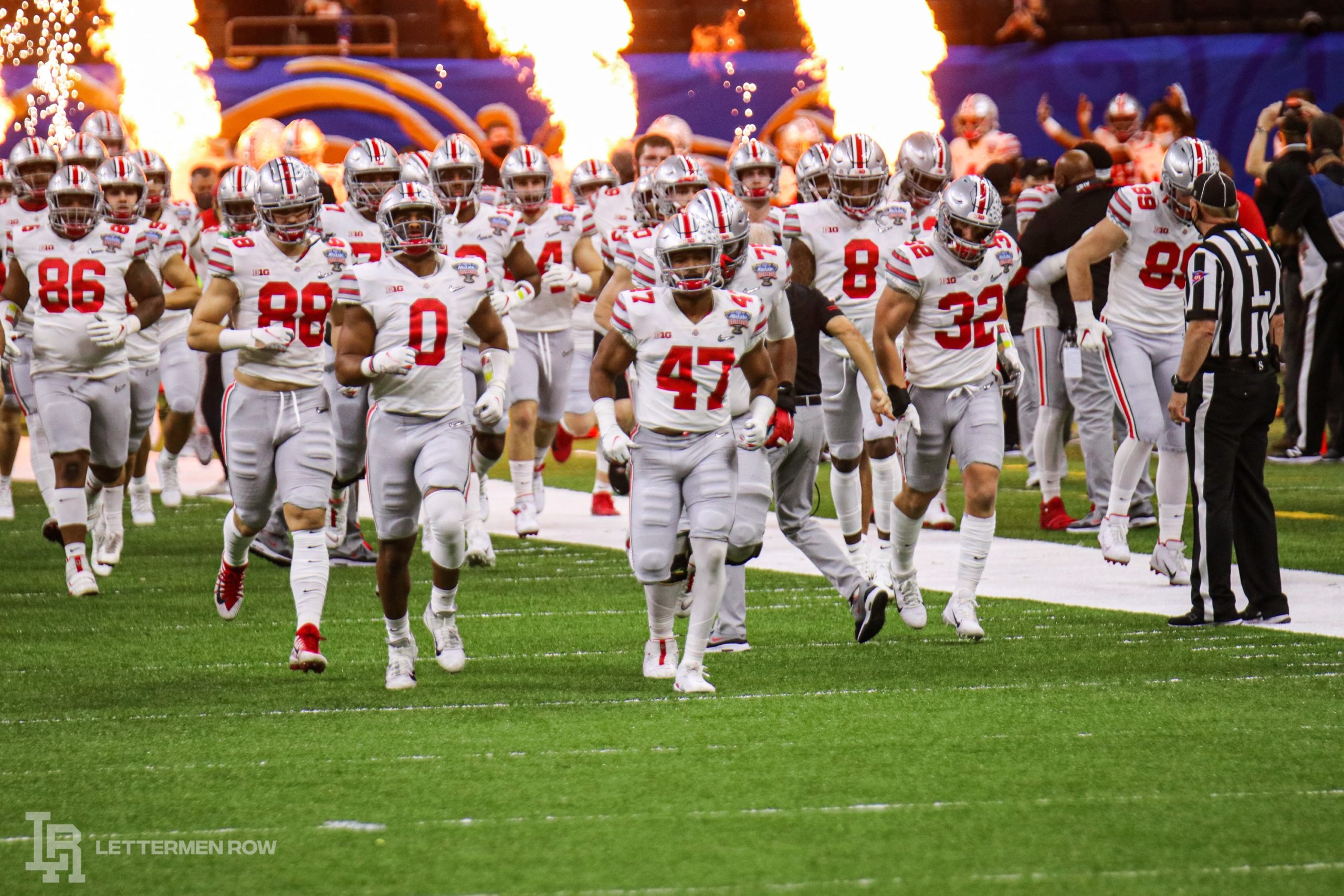 Ohio State is gearing up for the national title game. (Birm/Lettermen Row)

Buckeyes continue to practice, prepare for title game on Monday

Despite the rumors and reports, the national title game is still expected to kick off Monday night.

The Buckeyes have had their share of COVID cases over the last six weeks since they were forced to cancel a November trip to Illinois, losing players from the lineup all the way through the Sugar Bowl blowout on Friday in New Orleans. But the number has not reached a point that would force the program to close the Woody Hayes Athletic Center, halt practices that went on as scheduled for the last two days — or necessitate a postponement of the College Football Playoff national title game against Alabama.

A pair of Ohio State officials confirmed to Lettermen Row‘s Austin Ward on Tuesday afternoon that the Buckeyes remain in position to play on Monday night even as a report originating in Alabama suggested that discussions about using the backup date of Jan. 18 were underway.

Ohio State has practiced the last two days and plans to practice in preparation for the national title game for the rest of the week. And the title game is still set for Monday night in South Florida.

There’s a reason all four starting Ohio State defensive linemen graded as champions after the Sugar Bowl. The Buckeyes defensive front dominated Clemson all night last week, sealing a spot in the national title game with the best defensive performance of the season. And it was a statement.

If the Buckeyes can duplicate that performance on the line with another healthy batch of champion-caliber grades and so many worthy linemen that it has to spread Player of the Game honors around to four guys, there’s a good shot the trophy case is going to have yet another new addition next week.

What has made the Ohio State front seven so dominant this season? How have the Buckeyes fixed the problems that produced the worst defense in school history two years ago? What will be the biggest challenge for the Silver Bullets in the College Football Playoff championship against Alabama? Former Ohio State linebacker Zach Boren was back in the film lab with Lettermen Row to answer those questions in the latest episode of BuckIQ.

Santa Ana. (Calif.) Mater Dei High School four-star linebacker Raesjon Davis had planned to get back to Columbus in December but that visit fell through as the Ohio State game against Michigan was cancelled. Now, he says he and his family are working — and hoping — to make a stop in Columbus over the next few weeks because his parents haven’t had a chance to see what the Buckeyes home town is all about.

The former LSU commit could be coming to Ohio soon.

Does that visit have to happen for Ohio State to have any chance to sign Davis in February? Why did he decide against early enrollment and what Buckeyes linebacker role does he see himself playing if he ends up with the Buckeyes? Raesjon Davis joined Birminology to talk about his process, his relationships and more with Lettermen Row.