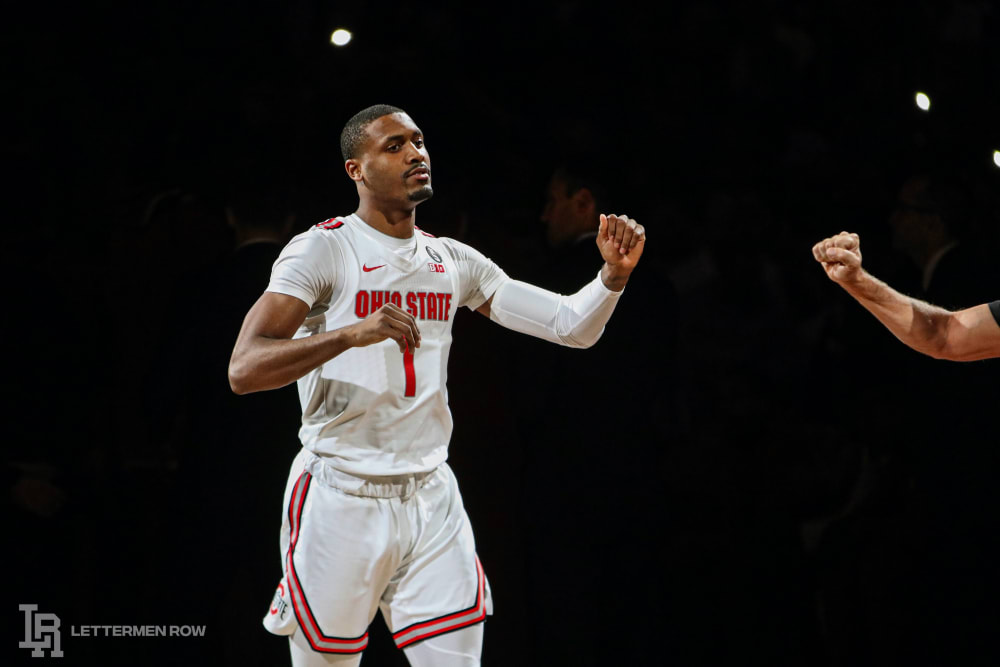 Ohio State is losing one of its best defenders, Luther Muhammad.

The sophomore guard will enter the transfer portal and seek opportunities elsewhere, according to a team spokesperson. Muhammad, who has started 56 games in his Ohio State career, averaged 7.0 points per game, 2.3 rebounds per game and 1.3 assists per game last season for the Buckeyes, and he was the primary defender during most of the games he played in.

Muhammad is the latest in a long line of departures from Chris Holtmann’s basketball program. Andre Wesson graduated, while Alonzo Gaffney and D.J. Carton announced they will both leave the program. Kaleb Wesson will test the NBA Draft waters, although he will maintain eligibility through the process.

Muhammad will have two seasons of eligibility left wherever he chooses to go.

Garrett Wilson was on the receiving end of Justin Fields’ Heisman moment for the Buckeyes in their win over Michigan.

Wilson torched the Wolverines and left his mark on the rivalry — in his first try. The good news for the Buckeyes? He has at least two more games left against Michigan to terrorize the Wolverines even more than he did in November. He might just be getting started.

What makes Garrett Wilson such a dynamic weapon for Ohio State? How might changing his role expand his impact for the Buckeyes? Where could the sophomore still improve heading into his second year with the program? Former Ohio State wide receiver Evan Spencer was back in the Lettermen Row film lab (virtually) to break it all down and answer those questions in the latest episode of BuckIQ.

Ohio State is putting together one of the best classes in program history, and the Buckeyes still have plenty of holes to fill before the class is complete. One area the Buckeyes need to have answers at is along both the offensive and defensive lines.

Legendary defensive line coach and ace recruiter Larry Johnson likely won’t have summer camps to evaluate talent and figure out who he wants in the class, and the Buckeyes might have to wait a while before they host any prospects. On the offensive side, meanwhile, the Buckeyes are picking up steam with some interior linemen.

Birm has the latest:

There are a number of offensive linemen still on the Ohio State big board when it comes to the Class of 2021, and that list includes Brentwood (Tenn.) Academy 4-star guard Noah Josey.

The nation’s No. 17-ranked guard visiting Ohio State in November and has maintained his relationship with offensive line coach Greg Studrawa and running backs coach Tony Alford, who is the primary area recruiter for the program in Tennessee.

For all the happenings on the recruiting trail, check Lettermen Row daily for Dotting The ‘Eyes. Also make sure to check out Talking Stuff: The Ohio State Recruiting Podcast on all podcast-listening platforms.