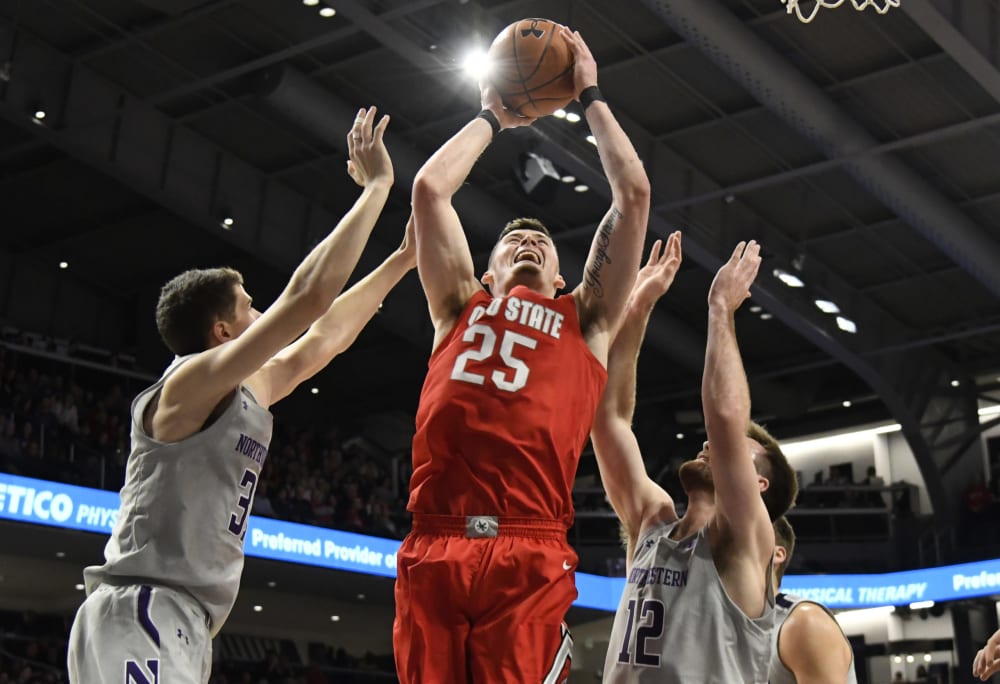 Life on the road in the Big Ten hasn’t been kind to Ohio State this season. It didn’t get any easier Sunday night.

Even against the bottom-dweller of the conference, Northwestern, the Buckeyes couldn’t seem to shake the Wildcats and pull away, finding themselves in a tough fight to win all 40 minutes. The Buckeyes ultimately pulled out a 71-59 win over Northwestern inside Welsh-Ryan Arena in Evanston to grab their first Big Ten road win of the season.

Lettermen Row didn’t travel to Evanston for the game but did break down three instant points from Ohio State’s much-needed win over Northwestern on Sunday night. Click here to check it out.

Ohio State recruits at a level parallel to only a few colleges in the country. The Buckeyes win many of the recruiting battles they enter. But they also lose every now and then.

One of Ohio State’s top wide receiver targets in the 2021 class, 4-star California native Beaux Collins, picked Clemson over the Buckeyes this weekend after an unofficial visit to Clemson as part of the Tigers’ junior showcase. Clemson has already picked up three commitments just from the last weekend, and that list could grow. All three prospects who committed to the Tigers following this weekend held offers from Ohio State. Other top Buckeyes targets were also in attendance.

So what is Ohio State’s recruiting strategy moving forward? Birm weighs in:

The Buckeyes approach clearly has worked. But the big junior-day get-togethers are proving to be quite effective at Clemson, Georgia and other places like that. Maybe if Ohio State was in a different geographical location that was more conducive to big gatherings in the winter then it would change its mind. But the fact is that the Buckeyes also decided to get rid of Friday Night Lights last year — and that’s a midsummer production and therefore not a casualty of winter and all of its potential complications.

Fans will see the commits rolling in at Clemson this weekend and expect the Buckeyes to react to it, but that’s just not how things work. Day’s process is and has been much more methodical, and there’s no expectation for that to change. His aim is going to stay the same: Create relationships based on trust and real connection.

For the full story and insight from Birm, click here.

The 2019 Ohio State football team had a lot of memorable moments that were overshadowed by the Buckeyes loss to Clemson. That’s why we decided to bring together former players, fans and Lettermen Row staff to hold the first annual Lettermen Rowquiem to share memories and pay homage to the 2019 football season.

Ohio State: Paying tribute to best of 2019 Buckeyes
Watch this video on YouTube.