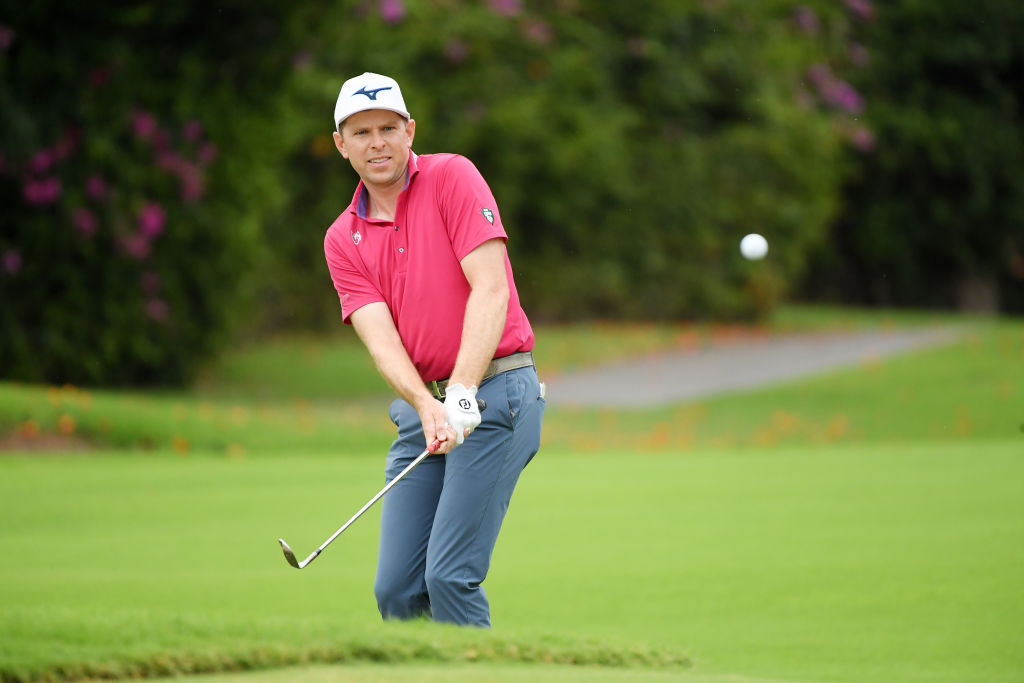 Former Ohio State golfer Bo Hoag played well at the Memorial Tournament in Dublin last weekend. He placed tied for 13th in that tournament, his best finish of the year.

Hoag then played in a 36-hole qualifying event for the US Open on Monday at Springfield Country Club. He shot five-under par on the second 18 holes, finishing the day in a tie for second place. That earned him a spot in the US Open, which will be held at Torrey Pines from June 17-20.

Hoag, who is in just his second year on the PGA Tour, was one of seven players to qualify for the US Open at the event in Springfield. The 32-year old Hoag has one professional win — the 2019 WinCo Foods Portland Open on the Korn Ferry Tour. Now he’ll have a chance to play in his first Major tournament in just two weeks.

Bo Hoag has been playing well recently. He will try to keep that momentum heading to Torrey Pines.

Ohio State has one of the most talented running back room in the nation. As part of Running Backs Week at Lettermen Row, the crew is back at Roosters to break down the talented unit and plenty more, especially from the recruiting trail.

That kicked into overdrive during a one-day unofficial visit with the Buckeyes on Monday. That trip was the culmination of a months-long slow burn between the Chicago 4-star receiver and Buckeyes receivers coach Brian Hartline. That led to a quick commitment. Hartline and Ohio State were very serious about Kaleb Brown and now he’s shown how serious he is about the Buckeyes.

Early in his recruitment, Michigan and Notre Dame were each thought to be the real contenders for the country’s No. 6-ranked receiver but as mentioned, the relationship with Ohio State was built slowly and in a very low-key manner, which is how Brown handles his business. The second-ranked prospect in Illinois, Brown is the third receiver to commit to Ohio State in the Class of 2022.

Ohio State regained the No. 1-ranked in the national composite rankings on Monday afternoon thanks to a big-time decommitment from Georgia. The addition of Kaleb Brown, verbal No. 13 for the Buckeyes, stretches that lead a bit.