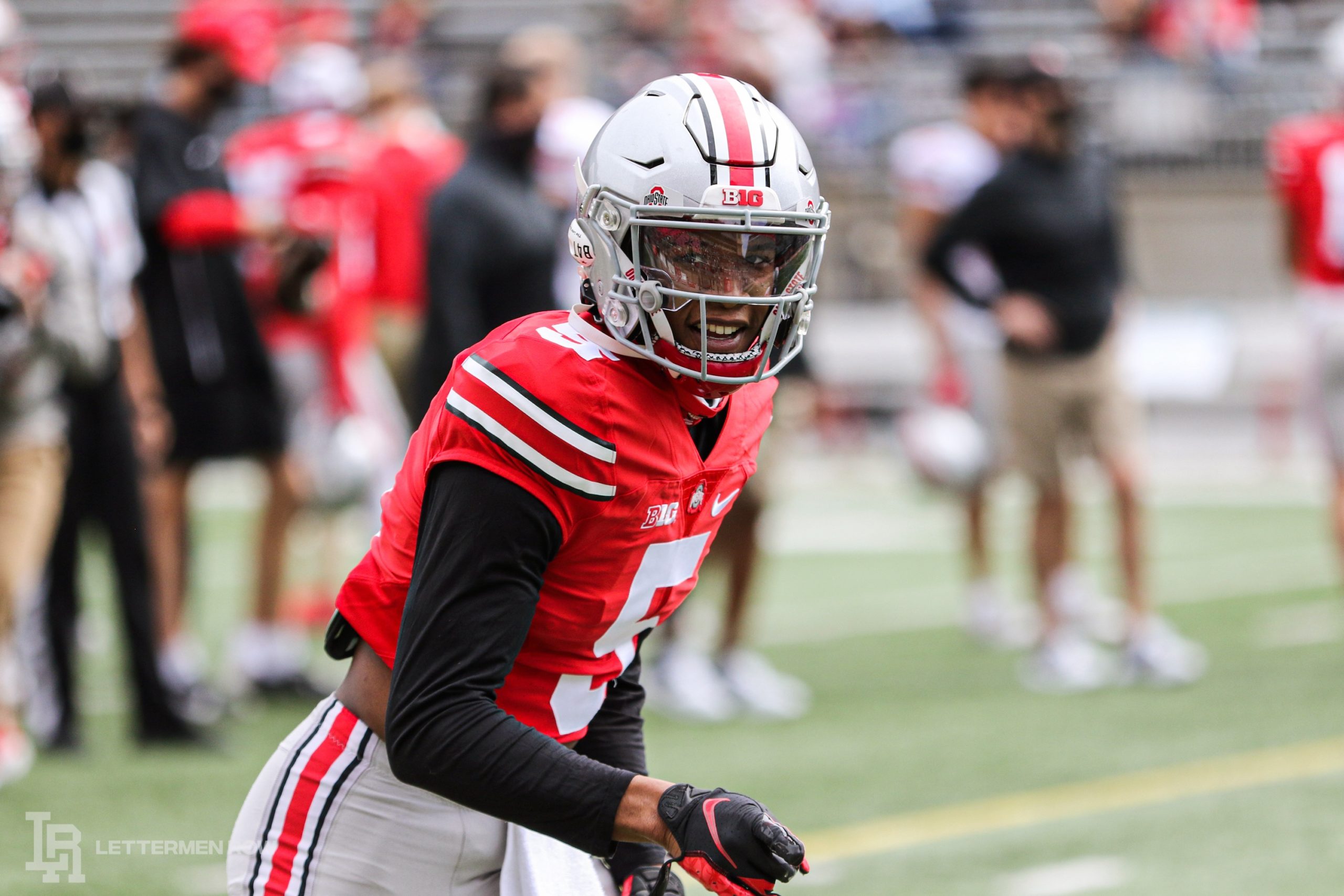 Garrett Wilson and the Buckeyes will have one of the best offenses in the country. (Birm/Lettermen Row)

Ohio State hasn’t lost a regular-season game since 2018. The folks in Las Vegas don’t expect the Buckeyes to lose one this season, either.

The DraftKings Sports Book released its regular-season win totals Tuesday, giving a line for every college football team this fall. Ohio State’s win total is set at 11, meaning DraftKings expects Ohio State to run the table and finish with another perfect regular season.

That won’t be easy. The Buckeyes travel to Minnesota and host Oregon to start the regular season and have plenty of road blocks standing in the way of a third-straight undefeated regular season.

But the folks in Las Vegas seem to think the Buckeyes will be just fine getting over those hurdles — and likely head into the College Football Playoff without a blemish on their resume.

Two years ago, C.J. Stroud was a three-star prospect before dominating at the Elite 11 competition, changing everything about his recruitment and putting his future on a completely different trajectory. He would skyrocket into five-star territory, virtually every major program in the country would be calling him and the kid from Rancho Cucamonga, Calif., was something of an overnight celebrity.

Now he is the lead candidate to become the next starting quarterback at Ohio State. Two more touted prospects in five-star Kyle McCord and former four-star Jack Miller will keep battling and pushing Stroud. But he’s never backed down from any competition — and winning one against similarly-talented passers is what catapulted him to Ohio State in the first place.

How can the skillset of C.J. Stroud allow him to thrive in the Ohio State offense? What did the second-year quarterback show about his potential during spring camp? What is Stroud like in the meeting room? Former Buckeyes quarterback and Stroud teammate Gunnar Hoak put on some film and answered those questions and more in his first appearance on BuckIQ.

Luke Fedlam breaks down NIL on Tim May Podcast

Ohio State players could soon profit off their name, image and likeness. The Tim May Podcast is back to break down every angle of the Buckeyes possibilities from the new Ohio legislation.

Tim welcomes Lettermen Row senior writer Austin Ward on the show. The guys break down the biggest questions facing the Buckeyes after the state of Ohio proposed NIL legislation. They also make sure to dive into everything else happening around the Ohio State football sphere.

Then Tim also welcomes on attorney Luke Fedlam once again to talk about how the name, image and likeness bill will go into practice, how Ohio’s is different from other state bills and who could stand to gain or lose the most money from the new legislation. The conversation makes this episode a must-listen.

Ohio State: How NIL bill in Ohio will impact Buckeyes
Watch this video on YouTube.