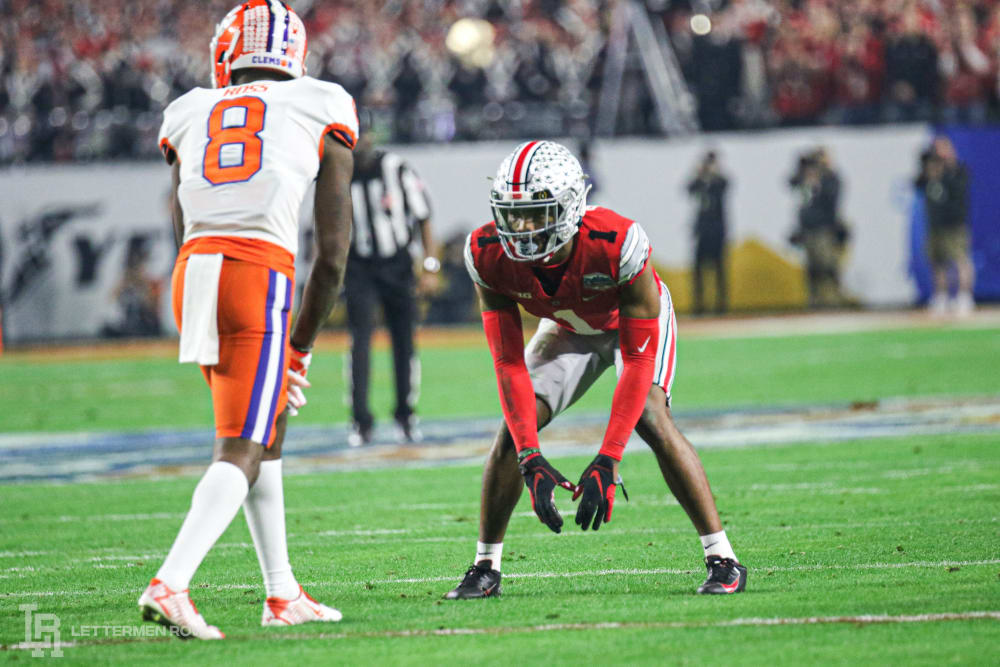 Ohio State has a strong case to be DBU. (Birm/Lettermen Row)

Ohio State doesn’t need the DBU mantra. It has its own, and BIA knows where it stands among college football’s greatest producers of NFL-ready secondary players.

The Buckeyes have placed countless defensive backs in the NFL from the past decade and beyond. So, some of them talk trash within the football program’s rich history. That’s why now-former Ohio State cornerback Jeff Okudah has a simple question. Which secondary was better? Marshon Lattimore, Gareon Conley and Denzel Ward or Jeff Okudah, Damon Arnette and Shaun Wade?

The poll results are official.

We got a Quarantine Debate! Which secondary? 🤔

Both were legendary secondaries. It’s hard to bet against either one. But only one could win. Okudah got his answer, but it likely wasn’t the answer he was hoping to receive when he posted the poll.

Mookie Cooper didn’t get to play his senior season of high school. But that just means he might be gearing up for his Ohio State debut with a little more energy.

The shifty, quick wide receiver from St. Louis can do it all, and now as an early enrollee, he had a chance to get his feet wet in the Ohio State program in offseason workouts. K.J. Hill is off to the NFL, and the Buckeyes need a dependable weapon in the slot. Can Cooper take over that role?

What makes Mookie Cooper such an intriguing prospect for Ohio State? Where does he fit best in the Buckeyes offense moving forward? How will the transition be for Cooper coming off a year without playing any games? Former Ohio State and NFL wide receiver Dane Sanzenbacher was in the virtual film lab with Lettermen Row to watch some high-school highlights and try to answer those questions in the latest episode of BuckIQ.

Who will end up in 2021 Ohio State recruiting class?

Ohio State has the No. 1 class in the country, and it stands to get better in the coming six months before National Signing Day. The class has a chance to be the best class in the history of modern recruiting metrics — if it can finish strong.

So, Lettermen Row director of recruiting Jeremy Birmingham took a stab at predicting who will join the class in the coming months and if it will find a way to be the historic class the Buckeyes are hoping to build in 2021.

Currently, Ohio State has 18 commitments and among them are four different players who are ranked as 5-star prospects according to the 247Sports.com composite rankings, while Rivals.com also lists defensive lineman Tunmise Adeleye in that rarified air. It’s a class that is balanced and talented but is also only three-quarters full at this point. That’s going to change and the Buckeyes are swinging for the fences to finish it as strong as they’ve started it.

Now that we’ve reached the halfway point of the 2021 recruiting cycle, who stands out as the prospects most likely to round out Ohio State’s class?

For Birm’s predictions on who will join the class, click here.