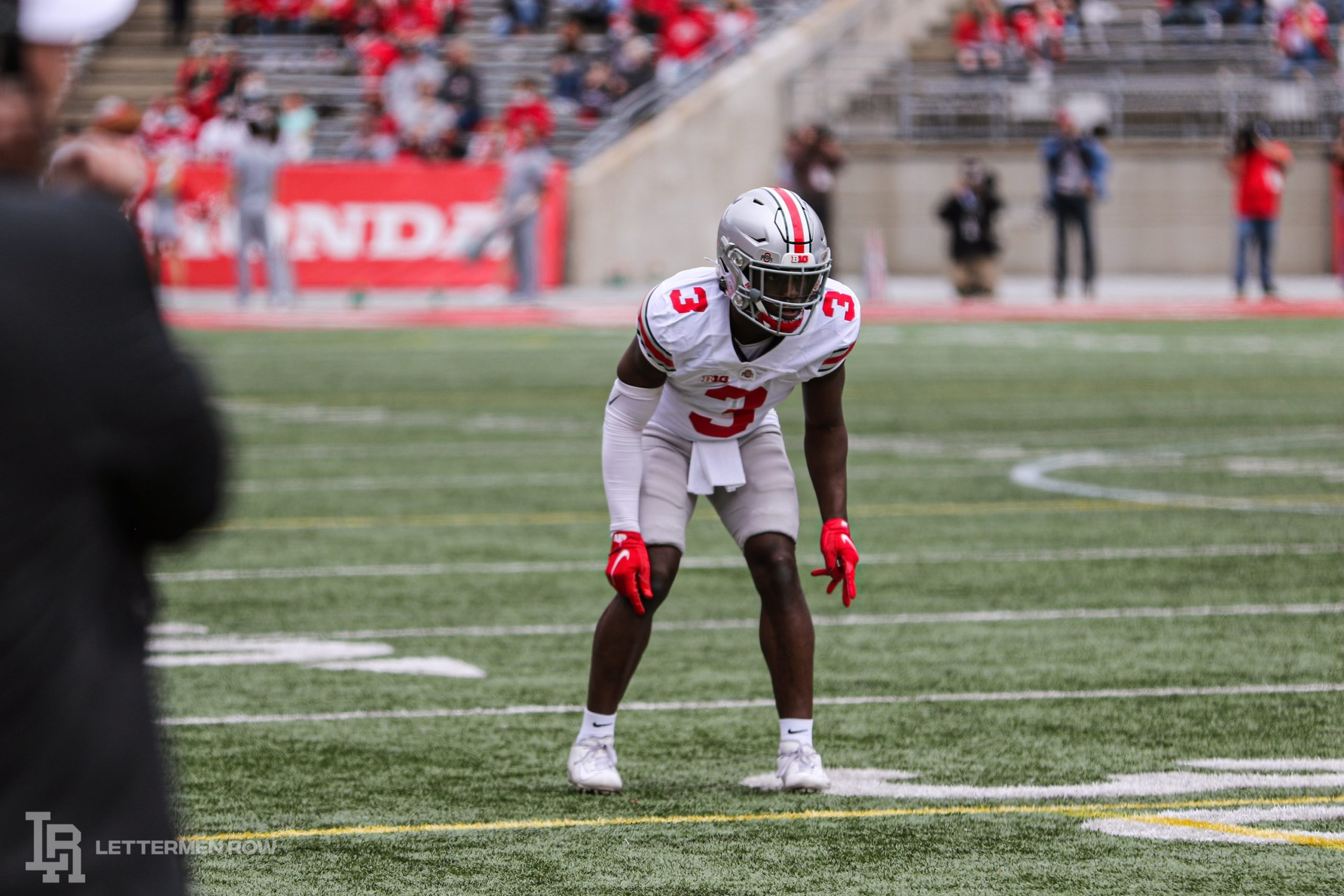 Demario McCall is among the 10 Ohio State football players to graduate. (Birm/Lettermen Row)

Ohio State has one of the best football programs in the country — on and off the field.

The latest accomplishment from the football program came off the field, as 10 former and current Ohio State players graduated this weekend with various degrees.

Some of them, such as Hamdan, Schmiesing and Wray, have transferred to play football elsewhere but earned their degree before doing so. Roby is finishing his degree after leaving early for the NFL back in the 2014 NFL draft.

The Buckeyes have one of the best college football programs in the country. And that extends off the football field.

Ohio State struggled last season against some of the bigger lineups it faced. The Buckeyes hoped to land a five-star big man in the recruiting cycle to round out their front court.

But Sunday, five-star center Efton Reid picked LSU over Ohio State, Florida State and others. The Buckeyes were in the final group of teams vying for Reid’s commitment, but Reid chose the Tigers.

Ohio State hasn’t gone through the offseason without bolstering its front court, however. The Buckeyes landed graduate transfer big man Joey Brunk from Indiana after Kyle Young decided to return for another season, too. And E.J. Liddell could still come back for his junior season if he chooses to put off the NBA draft.

But the Buckeyes won’t have a five-star addition to their talented roster. Efton Reid is heading to LSU.

Zach Harrison showed up at Ohio State as the highest-ranked player in the 2019 Ohio State recruiting class. The third-year defensive end hasn’t had a breakout season in either of his first two years with the Buckeyes. But folks around the NFL believe if he breaks out this season, he could become the latest Ohio State defensive end to be selected early in the 2022 NFL draft.

Lettermen Row’s Pete Nakos has more on Harrison and his draft stock:

The Buckeyes defensive end just looked and talked like a new person during media sessions. With the help of Mickey Marotti in the weight room this winter, Harrison reshaped his body. The work was rewarded on the field this spring as coaches raved about his improvements. He showed it on a national stage in the spring game, too, getting off the edge faster and looking ready to burst into backfields frequently this fall.

The transformation hasn’t gone unnoticed. With the 2021 NFL Draft barely a week old, 2022 mock drafts are being released — and Harrison’s name is littered all over them. Draft experts believe Harrison can join Chase Young, Nick Bosa and Joey Bosa as first-round draft picks.

For the full story about Harrison’s draft stock, click here.

After monster offseason, Zach Harrison projected as first-round draft pick
Next Man Up: How Buckeyes can use Bullet position in revamped defense