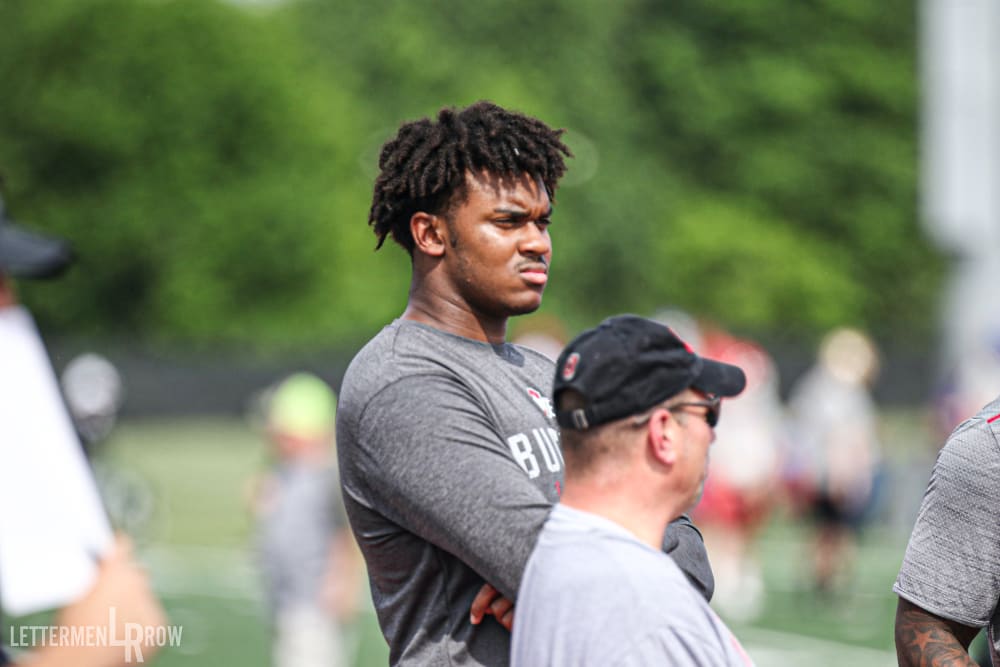 There’s no better way to start off today’s Scarlet Sunrise than with this great post from Birm about how Ohio State has handled Paris Johnson’s recruitment. Some fans (and perhaps even some players) may have wanted an ultimatum to be delivered, but that was never going to be the most effective strategy with someone who felt like he needed to do his due diligence in case he didn’t have the connection with Ryan Day that he did with Urban Meyer. With Johnson now looking like a lock to end up in Columbus, here’s part of what Birm had to say:

There was no justification for ultimatums. There were no hard feelings. The people in charge in Columbus knew full well that Johnson and his family — who had become some of the program’s best recruiters — had every rightful, rational reason to look around while they sorted out their feelings.

But Ohio State never once operated like Paris Johnson wouldn’t be in its 2020 recruiting class. I think that’s really because they have always felt that Johnson’s heart has been in Columbus since he committed last June. If the Buckeyes had opted for a more confrontational route, it would have sent a message that it thought he was replaceable in this cycle. Quite simply: He’s not.

And like he has done with so many of the early tests that he’s faced in his time at the helm, Day appears to be on his way to clearing this major hurdle. And the Buckeyes should then see the benefits of that in the shape of an all-in type of commitment in the near future from Johnson.

Ohio State offered Johnson respect and grace while he figured out his feelings, and the country’s top-ranked tackle made sure they received visits nearly every time he went anywhere else. He never went behind the program’s back or kept things from the coaching staff. That is how to navigate a challenging recruitment without losing what matters the most — the relationship between the two sides.

Henry, the country’s 11th-ranked defensive tackle prospect and Ohio’s second-ranked prospect according to the 247Sports composite rankings, has seen his recruitment through despite most assuming he’d end up at Ohio State all along. He’s taken multiple visits to Tennessee, Georgia, LSU, Kentucky and others in an attempt to find the best landing spot for him outside of the presumptive package deal with high school teammates Paris Johnson and Jaheim Thomas that was the source of frequent speculation.

With that being said, the Buckeyes are still the favorite to land Henry, so Ohio State fans should have something to celebrate over the weekend.

For Branden Bowen, the possibilities are seemingly endless. Bowen could go out and win a job at right tackle. Maybe the best place for him is again at guard, the position he made his own two years ago before the injury. It’s also possible that his ability to play everywhere but center doesn’t wind up with him in the starting lineup but still makes him invaluable as potentially the first man off the bench at four different spots.

This week on Lettermen Live presented by Byers Auto, former Ohio State leaders Reid Fragel and Zach Boren join Austin Ward to talk about the offensive line and offseason expectations for the Buckeyes.

Lettermen Row’s Jeremy Birmingham also jumps on to discuss the fallout from the massive Ohio State recruiting weekend. Birm breaks down who is on commitment watch, where the Buckeyes stand with key targets and more.

Help out a Buckeye in need

Former Ohio State football player Vinnie Petrella is in the fight of his life after being admitted into an ICU on May 31. Petrella’s family and friends are raising money on a GoFundMe page, where you can read updates and donate. Petrella is about to be flown back to Columbus from California, and the medical flight could cost upwards of $30,000.