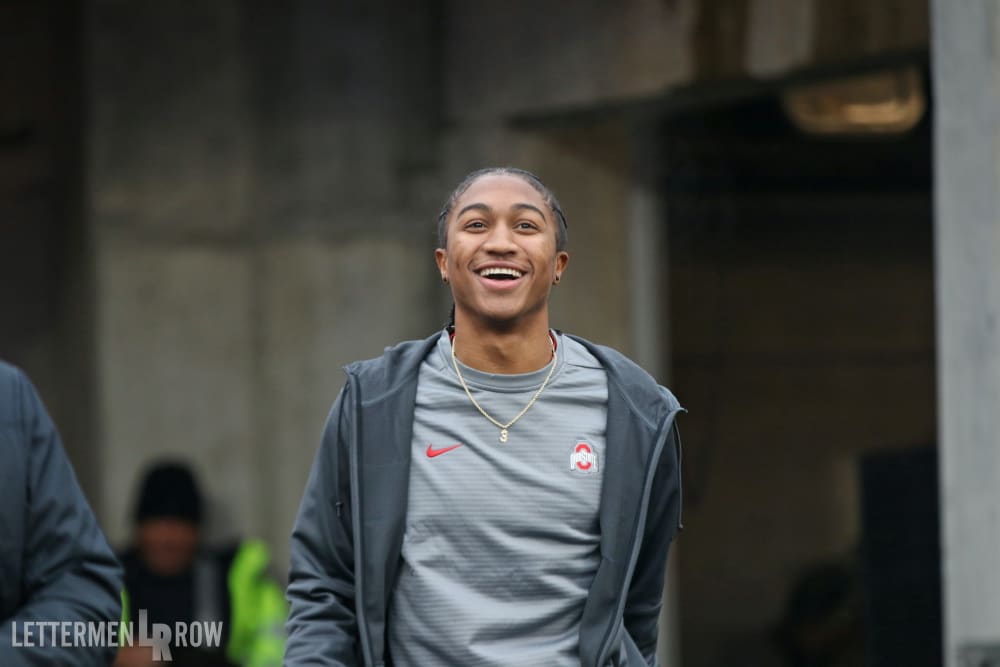 Here’s the thing about recruiting: In order for there to be a decision date, there needs to be a decision. While a change of heart has been known to happen and some recruits might actually be banking on future clarity when they set a date, the vast majority avoid disaster simply by setting a date after they know where they’ll go.

Why is that relevant? Bradenton (Fla.) IMG Academy 4-star safety Lejond Cavazos will announce his college choice on April 12. That’s a good sign for two reasons, in my opinion. First, things have reportedly gone very well between the two sides. But secondly, if we’re going to assume he has his mind made up already, it’s worth noting that the Ohio State spring game is April 13 and there’s nothing the Buckeyes love more than getting some commitments that weekend.

Ohio State coach Ryan Day met with the media on Monday but kept his cards close to the vest when it came to giving an update on the starting quarterback battle.

“We’re going to start looking at the completion percentage and who is moving the ball a little bit as we get to the end of the spring,” Day said. “We haven’t really dug into that, I think later today I actually want to see the numbers and kind of see where we’re at with that. Because I think we’re starting to get to the point where I think there’s enough snaps on film where we can start to get an idea of where guys are at. But as I sit here right now, no.

Tim May joined Austin Ward and Jeremy Birmingham for Lettermen Live presented by Byers Auto to discuss the latest from Ohio State spring football practice. The trio break down the big storylines for the Buckeyes including the quarterback competition, new starters on the offensive line and an overhauled defense.

In terms of the on-field production, there has been little doubt since Binjimen Victor arrived that he could be a game-changing weapon for the Buckeyes thanks to his rare combination of speed and size in a 6-foot-4 frame. Victor actually had more receptions two years ago than he did last season, but he made up for it with absolutely crucial touchdown grabs at Penn State and Maryland that kept Ohio State alive in the Big Ten title race.

What makes Binjimen Victor so dangerous? What’s it like to practice with him on a daily basis and see his athleticism in the Woody Hayes Athletic Center so frequently? Terry McLaurin popped into the film lab at Lettermen Row for a BuckIQ breakdown of his former teammate, previewing what’s next for Victor as he looks to close out his career with a flourish.

What a twist this would be. Could a member of Ohio State basketball’s infamous 2015 recruiting class return to the Buckeyes? As shocking as it sounds, Alex Gleitman reported that there’s mutual interest between Ohio State and Daniel Giddens and the former 4-star big man is expected to make a visit on Tuesday as a part of his search for a graduate transfer destination.

The Buckeyes suddenly have an extra scholarship after Jaedon LeDee announced he’d be transferring, which gives them two open scholarships currently. Ohio State is expected to use at least one of those on a transfer because it’s highly unlikely he wants to unbalance the roster with so many players in their first or second season next year.

And while it (sort of) seems like it could work, it’s still wild to consider the fact that Ohio State might not be done with the Class of 2015 after all.