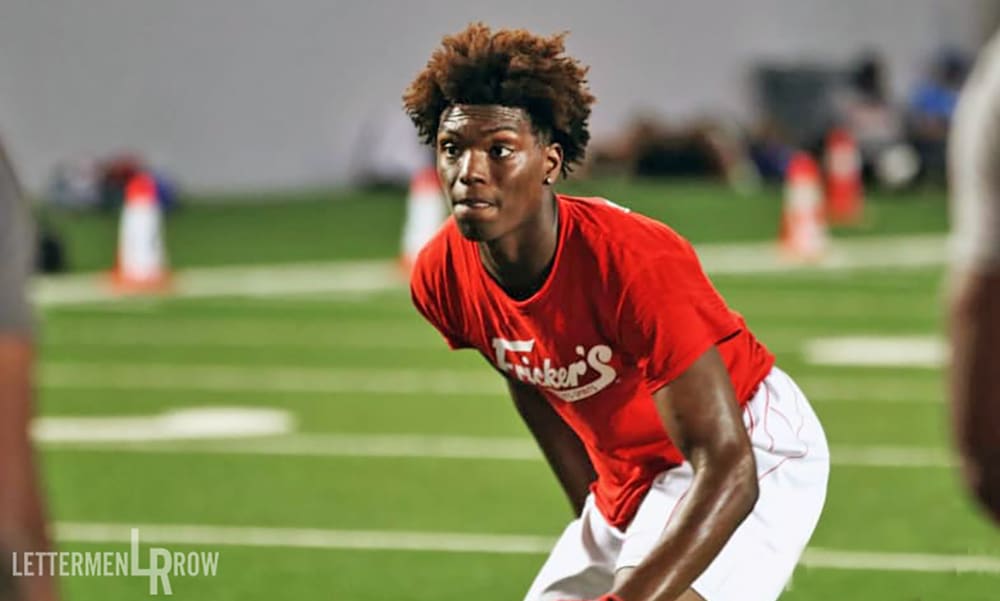 Ohio State finally offered Cincinnati Princeton 4-star linebacker Jaheim Thomas, ending the guessing game of whether or not that offer would ever come. Thomas is very close with Buckeye commit Paris Johnson and target Darrion Henry, and the trio visited Ohio State on Saturday.

Here’s Birm’s analysis of what the offer to Thomas means:

Now what happens from here is going to be interesting. Thomas, Henry and Johnson have become very well-traveled in recent weeks, checking out schools all over SEC Country. And while I don’t believe there will be an immediate commitment from Thomas, I do believe there is some sort of understanding in place as to how things work out from here.

The offer to Jaheim Thomas may or may not have been a concession to Paris Johnson and Darrion Henry, and whether it was or wasn’t doesn’t ultimately matter. What does matter is that the Buckeyes have now put themselves into the mix for the state’s fourth-ranked player, and in doing so have helped their positioning with Johnson and Henry. I truly don’t believe that would be the case if they didn’t think he could become a valuable asset down the road.

There are no pity offers at Ohio State. But make no mistake, this is recruiting in 2019 and things move and change quickly.

Lettermen Row contributor John Brice spoke with Ohio State signee Enokk Vihami’s high school coach, and you won’t want to miss this story on one of the lesser-known Ohio State signees in the Class of 2019.

“He told everybody and his teammates, it’s good to be uncommon,” Kahuku head coach Sterling Carvalho said. “Keep the big picture, there’s a lot of opportunities and now a lot of players in our program see it. ‘Inoke’ can make it, we just last year had one go to Washington, one to Navy. It’s a great opportunity for everybody to see.

“Everybody’s kind of thinking USC or Utah, but he did Ohio State. Nobody had even went to Ohio State. Now all of a sudden, we’ve got Ohio State flags flying up in this little community on the island.”

On today’s Lettermen Live presented by Byers Auto, Austin Ward, Birm and Spencer Holbrook give impressions at the midway point of Ohio State spring practice. Find out what the guys think about Justin Fields, Matthew Baldwin, J.K. Dobbins, Tyreke Smith, Tyler Friday and the Buckeyes’ revamped defense in this video.

According to a report from West Virginia TV station WTAP, former Ohio State defensive tackle Michael Hill was arrested in Mineral Wells, W.Va. on Friday and charged with possession with intent to deliver methamphetamine. Hill is being held on $300,000 bail.

The report indicated that the incident began as a traffic stop after Hill ran a red light. He was pulled over, and the police K9 officer signaled an alert that helped police discover about one and half pounds of meth in the trunk.

A quick perusal of the West Virginia criminal code indicates that this is a crime you probably don’t what to be accused of: