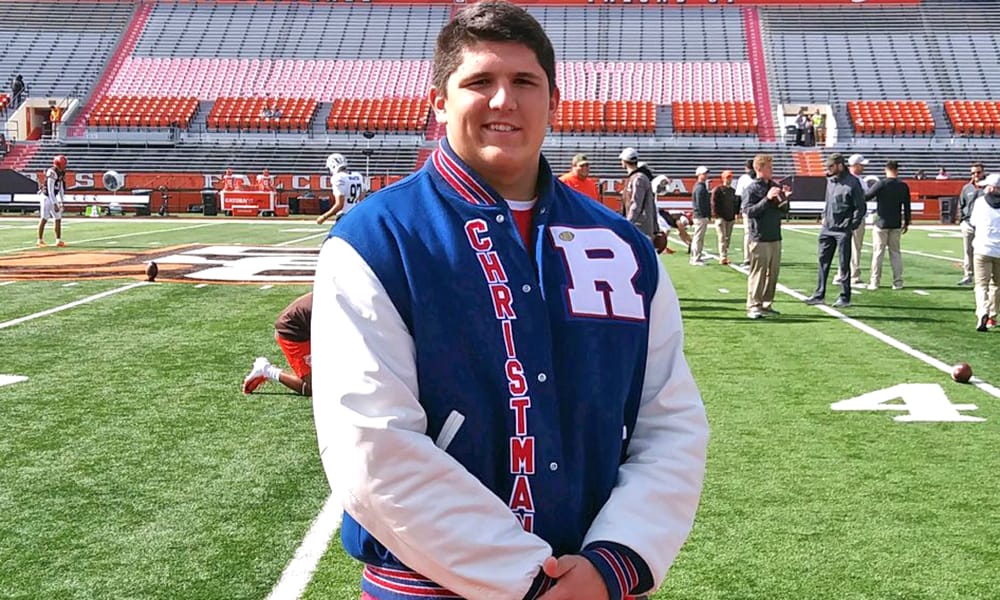 Ryan Day’s commitment to recruiting Ohio is paying off. Ben Christman, a major priority for Day and the Buckeyes in the Class of 2021, committed to Ohio State on Wednesday.

Christman, a 6-foot-6, 300-pound, four-star lineman at Richfield Revere High School, is the state of Ohio’s second-ranked prospect behind fellow Buckeyes commitment Jack Sawyer. He provides Day with another major piece of what could be a monster in-state recruiting haul in 2021.

The instate product is the third-ranked offensive tackle in his class according to 247Sports.com and picked Ohio State over early offers from Alabama, Clemson, Notre Dame, Georgia, Florida and nearly twenty others.

As is always the case with new commitments, Lettermen Row recruiting czar Birm put together an analysis for what Ben Christman’s commitment means for Ohio State. Here’s his take on what Christman has to offer the Buckeyes.

He’s big at 6-foot-6 and 300-pounds, and he has the long arms and thick legs that coaches all around the country are looking for in blockers. His footwork is excellent, and he gets an excellent drive off the ball as a run blocker. But what separates him from most of his peers is he’s also extremely competent in pass protection, a very rare trait for a player at his age.

Yes, he’ll need to improve in pass-pro, but he’s already head of most of his peers. He has a tackle body but the flexibility and bend to equally successful on the interior of the offensive line.

Christman is a top 10-ranked player at his position already, and if his development arc is what it appears to be, he’s going to be a really special player at one of the game’s most important positions.

As the Wolverines were reeling in a number of commitments, speculation began that Melton, a 6-foot-3, 240-pound outside linebacker prospect, was one of them. He was not, and he told Lettermen Row that he couldn’t allow the energy and buzz around him in Ann Arbor to force his hand. A final decision is expected by Melton on July 3, and right now he’s almost made that pick in his mind.

“I’m pretty close,” he said. “But I’m not sure yet. Just trying to find the place that feels the most like home right now I guess.”‘

Ohio State has zero commitments from linebackers and would like to take no more than two, with Melton and Cody Simon as the only real targets on the current board.

Ohio State was dangerously thin at offensive line in the spring. Multiple players were out with injury. The Buckeyes lost four players to graduation or the NFL. The coveted transfer they landed hadn’t arrived to campus yet.

But the spring is over, and the Ohio State offensive line is starting to come together. Still, the Buckeyes have some questions to answer as to who the starters might be along the offensive line once Aug. 31 arrives.

As part of Offensive Line Week at Lettermen Row, we’re breaking down who the starters might be in the trenches and who could take over for them if something were to happen.