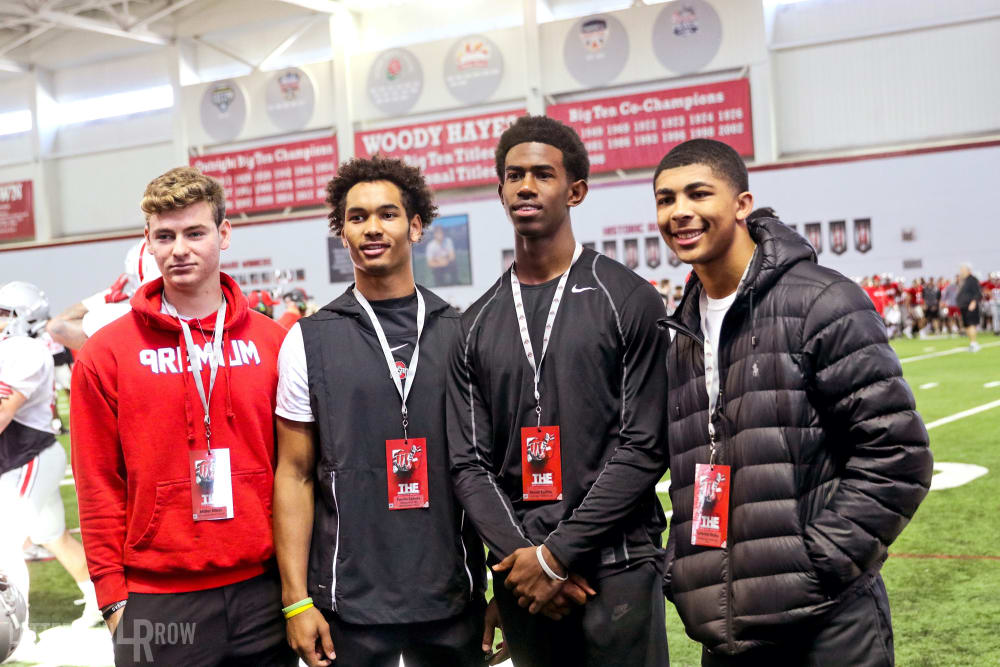 Wide receiver will be crucial for Ohio State's 2021 recruiting class.

There are about four months until Ohio State inks its 2020 recruiting class.

The Buckeyes have 21 verbal commitments in a class that could end up anywhere between 24-to-27 players deep, meaning there aren’t a lot of new names popping up right now. Plus, the current recruiting quiet period combined with training camps taking place all over the country has brought the momentum Ohio State gathered throughout the summer to a screeching halt while it prepares for the season.

But on Sept. 1, recruiting is going to accelerate again, primarily in the Class of 2021. That’s the date when college programs are allowed to kick open the doors of communication with high school juniors, and it’s when the relationships with those players that have mostly just been bubbling below the surface become real, tangible things.

The Buckeyes are off to a good start in the Class of 2021. The early commitments from top-100 prospects Jack Sawyer, Kyle McCord, Jayden Ballard and Ben Christman are all from players who play positions that will be considered a major need in the next cycle. That quartet of early commitments is working hard to add the best of the best from around the country to join them in Columbus, but what positions are going to prove most important next year?

Lettermen Row recruiting czar Birm took a look at the biggest needs for Ohio State in the Class of 2021.

Having to see Ohio State’s defensive line in practice every day seems like it would be the nightmare that never ends, but for the Buckeyes’ offensive line it pays off in the long run. By the time that line takes the field against Florida Atlantic on Aug. 31, the experience against the defensive line will make the opener a little more bearable.

“Going against [the Rushmen] guys every day, it slows things down when it comes to Saturday,” Jonah Jackson said. “Those guys are just right on the ball. Coach Johnson has them tee’d up.”

In recent years, the offensive line has had to deal with players like the Bosa brothers, Chase Young, Dre’Mont Jones, Tyquan Lewis, Sam Hubbard and Jalyn Holmes. The offensive line uses that to its advantage in the weeks leading up to the season. The cliche is “iron sharpens iron.” The Buckeyes know that too well.

“When I came in [the Big Ten Championship Game], it was such a fluid transition because practices here are so intense,” said Wyatt Davis, who hadn’t started a game in his career until the win in Indianapolis. “I feel like practices are 10 times harder than the games. Just as far as the expectation of practice, there’s no lacking the expectation for us. It doesn’t matter if you just get here or if you’re just starting up, there shouldn’t be any drop off.”

Beanie and the Boom

This week on Beanie and the Boom Podcast, the guys broke down what they have seen so far from the Ohio State football team. Beanie and Boom also talked about how good the Ohio State defense can be this season. They gave their thoughts on all the storylines as NFL training camp rolls along and the preseason heats up.