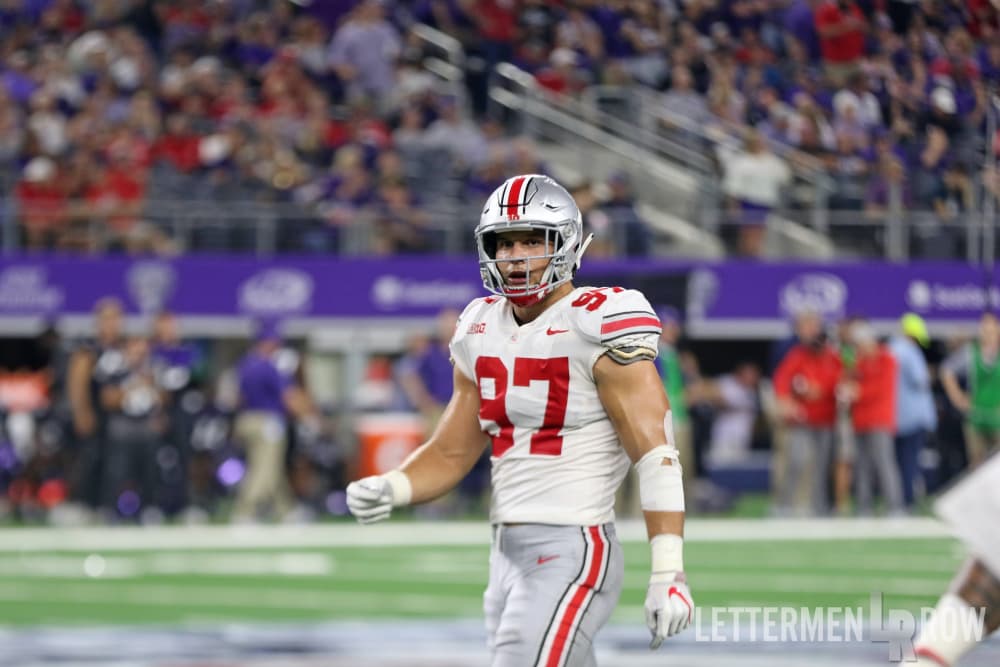 What now for Ohio State DL?

Nick Bosa will miss the Tulane game because of the injury he sustained against TCU, and his absence could continue further into the 2018 season. What does his absence mean for the Ohio State defensive line? Lettermen Row senior writer Austin Ward tackled that in the Tuesday question of the day:

Given his toughness and genetics, maybe Bosa will show the same kind of rapid healing that J.T. Barrett showed after his one-week knee injury last season or Tuf Borland as he recovered from his Achilles injury in the spring.

If not, though, Ohio State will be leaning much more heavily on Chase Young and Jonathon Cooper to replace all that production at defensive end. Both of those Buckeyes are already key parts of the rotation and have proven they can live up to the standard for the Rushmen, but removing Bosa from the equation will test some of the young depth — most notably when it comes to Tyreke Smith.

Ohio State wide receiver Austin Mack struggled with drops against TCU, but don’t expect the Buckeyes to stop targeting him in the future.

“Austin is usually a reliable guy,” offensive coordinator Ryan Day said. “And the big thing we talked about going into the game was that this going to be a fight. You heard the guys talking about it. And when you go into a fight, sometimes you get hit. And when you get hit, you can’t flinch.

“So, we didn’t flinch. We kept putting Austin back in there.”

Ohio State released its depth chart for the Tulane game on Tuesday afternoon. The entire depth chart can be seen here.

The first new offer to a recruit who was in AT&T Stadium to see Ohio State handle TCU went out to Rockwall (Texas) 2020 wide receiver Jaxson Smith-Njigba.

“For the past three weeks we’ve been in communication every day,” Smith-Njigba told Lettermen Row. “I’ve been in contact with [Buckeyes wide receivers coach] Brian Hartline and [Ohio State director of player personnel] Mark Pantoni.”