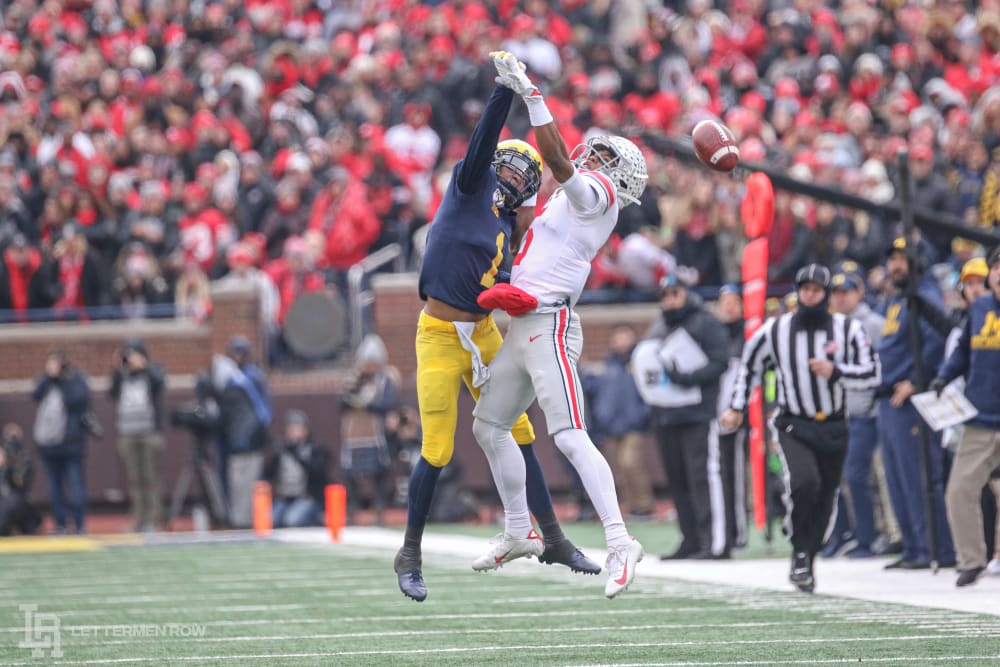 Ohio State lives for the rivalry game against Michigan. The Buckeyes have won eight straight games over the Wolverines and are 16-2 over the last 18 meetings.

The Buckeyes also have countless reminders of The Game in their team facility, and it seems Ohio State takes that rivalry more seriously than Michigan. But that might be changing.

A photo surfaced on social media this week from the Michigan football facility weight room. Inside the weight room, an image was on the video board with a simple message: “What are you doing to beat Ohio State today?”

The Buckeyes are known to make The Game a 365-day per year rivalry. And it seems Michigan is finally taking the rivalry as seriously as its neighbor to the south. Maybe that could help the rivalry become more balanced and not just one dominated by Ohio State every year.

Ohio State is starting to pick up speed on the recruiting trail, providing plenty to chat about.

The Buckeyes’ latest recruiting weekend dominated most of the conversation. After nearly 16 months without on-campus recruiting, Ohio State opened up its doors this past weekend to eight of its 12 commitments in the 2022 class. Ohio State also picked up a commitment from 4-star wide receiver Kaleb Brown . The Chicago wideout took a one-day unofficial visit with the Buckeyes on Monday, and by the end of the day they had a verbal commitment from the 5-foot-11, 180-pound receiver.

Lettermen Row’s Jeremy Birmingham and Spencer Holbrook are discussing those topics and more in the latest episode of Talking Stuff: the recruiting podcast from Lettermen Row.

Ruggles only played in one game this past season, losing the starting job in the summer. As a sophomore in 2019 he started all 13 games at placekicker for the Tar Heels, ranking fifth in the ACC among kickers with 102 points.His arrival comes after Blake Haubeil departed for the NFL following Ohio State’s run to the College Football Playoff finals.

Seibert seemed ready to make the smooth transition to the starting job, but the redshirt freshman struggled in the spring game. He made all his extra-point tries, but he missed his two field-goal attempts from 40 yards and another from 45.

The former No. 1 kicker in his recruiting class, Seibert kicked in place of Haubeil in three games last season. He missed a 44-yard field goal against Indiana and made a chip-shot field goal in the national title loss to Alabama. Those mixed results came with a perfect 16-for-16 on extra-point attempts last year.

Maybe it was just a small sample size, but Ruggles’ addition on Wednesday will make the kicker competition something to monitor once preseason begins.