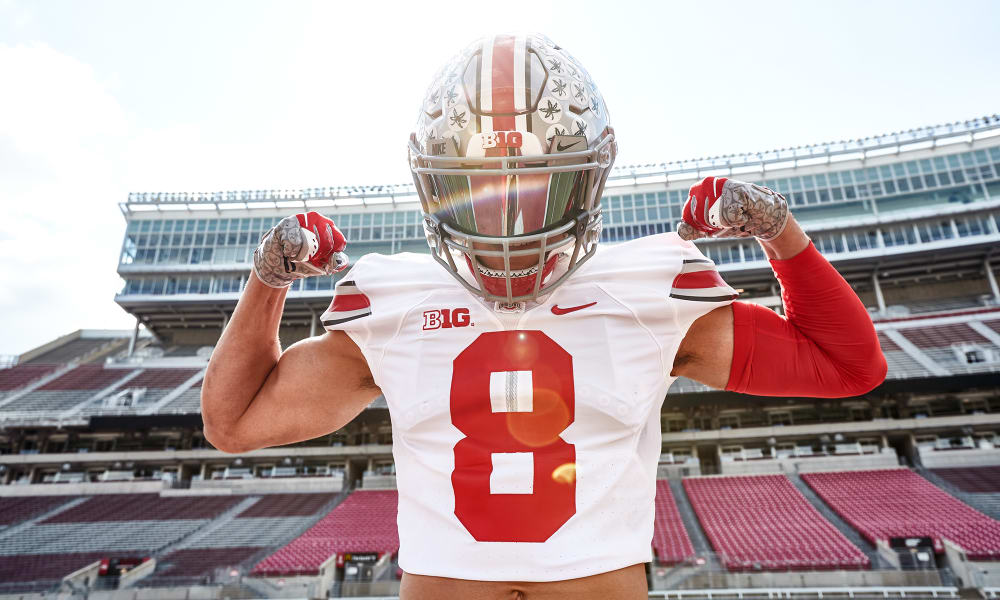 It’s another big day for Ohio State recruiting, as 4-star safety Lathan Ransom is set to announce his commitment on Tuesday. Here’s Lettermen Row recruiting czar Birm with his analysis and prediction:

Ransom is Arizona’s fifth-ranked 2020 prospect, the country’s fourth-ranked safety and the teammate of 5-star tailback Bijan Robinson. On the list of safety prospects, the Ohio State coaching staff has prioritized the 6-foot-1, 195-pound Ransom for months, and that led to a pair of trips to Columbus for him and his father, including an official visit last month.

It was that trip which seemed to turn Ransom’s recruitment on its head. Prior to the official with Ohio State, it was supposedly Texas that had moved into the lead position to land the star defensive back. But a chance to get more comfortable on campus with the Buckeyes and to further his relationship with his lead recruiters Ryan Day and Jeff Hafley led to a renewed sense of optimism in Columbus.

Maybe it’s the dead period that has kept Ohio State at the front of the list as no other visits were able to occur. Maybe it was just a sense of finding everything he wanted with the Buckeyes. But either way, this seems to be trending in one definitive direction with a decision coming on Tuesday.

Though he has not announced a commitment date of his own, Buckeyes target Kourt Williams is nearing a college decision.

The recruiting process can be arduous, but the country’s 12th-ranked outside linebacker and a potential fit for Ohio State’s Bullet position has maintained his cool throughout it all.

“I’ve been able to focus on real life some,” Williams said. “I just have to keep everything in perspective and organized.”

Sure, the work with Joey and Nick Bosa might command the most attention. But it’s the way Ohio State defensive line coach Larry Johnson develops productive role players with the Rushmen who also wind up becoming ready-made professionals that makes Jalyn Holmes one of the poster boys for his program. That, in turn, makes Johnson one of the most important cogs in the Ohio State machine.

After one recent workout back in Columbus, Jalyn Holmes popped into the Lettermen Row film lab to break down what makes Larry Johnson such a valuable resource for the Buckeyes. Holmes looked at some footage of his Ohio State career to point out where Johnson helped make a difference, talked about his teaching style and reflected on how that helped him get his first NFL sack with the Vikings last season in the latest episode of BuckIQ.

You need to watch Demario McCall hold a fish