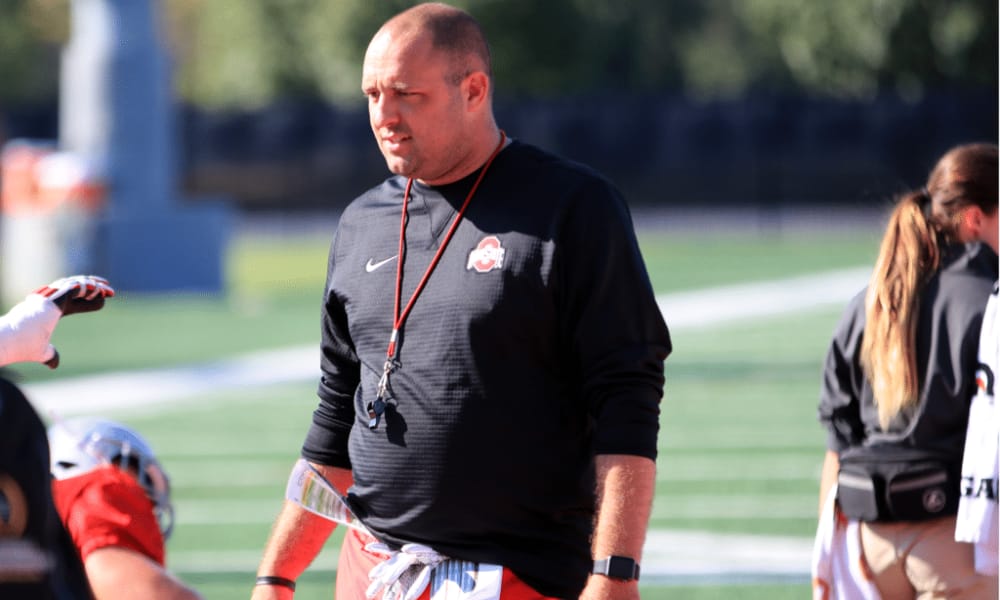 Courtney Smith spoke with the group investigating Urban Meyer on Monday, and on Tuesday her ex-husband got the chance to give his side of the story.

“Zach Smith spent several hours with investigators today and did not refuse to answer a single question,” Smith’s attorney Brad Koffel wrote in a statement. “The lawyers conducting the interview were thoroughly prepared and very exhaustive in their questioning of Zach. He reiterated everything that he said in his ESPN interview.”

There are just four days left before the investigation hits the two-week mark, which means things could get very interesting in the near future.

Former Buckeyes Zach Boren and Jake Stoneburner popped into the Lettermen Row studio on Tuesday to give their thoughts on a number of different topics. What is life with an interim coach like? How do they see this situation resolving itself for Urban Meyer? What would be the ideal media policy for players or coaches dealing with the uncertainty during the brutal stretch of practices in August? Be sure to check it out here!

The recruiting question of the day proposed an interesting topic. With the man he replaced being such a dynamic recruiter, will Brian Hartline be able to continue that success? Lettermen Row recruiting czar Birm gave his thoughts on how Hartline will fare for the Buckeyes in the recruiting world.

The loss of Joe Burrow has left Ohio State a little thin at quarterback and lacking a veteran, but that problem might soon be cleared up — or might not. Allan Taylor of West Virginia Metro News reported Tuesday that West Virginia quarterback Chris Chugunov will pursue a graduate transfer to Ohio State. He started the final two games of the 2017 season after Will Grier was injured and finished the campaign having completed 43 of 90 passes for three touchdowns and two interceptions.

The timing is interesting because the Buckeyes are at 85 scholarships and Taylor reported on Twitter that Chugunov is expected to be a scholarship player. However, Taylor also said Chugunov is “waiting to enroll,” which may mean he won’t be on the roster until 2019 — at which point the Buckeyes will have some open scholarships.

Ohio State’s running backs got a visit from the Buckeye gridiron GOAT on Tuesday. Running backs coach Tony Alford posted a picture of Archie Griffin with the running back unit after practice.

It was great to have Buckeye legend Archie Griffin visit practice today and spend time with the RB’s @ToteNation Thank you for taking the time with our guys!!#BuckeyeLegend pic.twitter.com/bjsFNGq6ku

Got a date with destiny, I’m running late for that.. 🙏🏾🖤 #Camp18 pic.twitter.com/oDNHe3ua1b

I'm Just Playing The Cards They Gave Me 🤷🏾‍♂️💯🔮 pic.twitter.com/SO5F6AFgdR