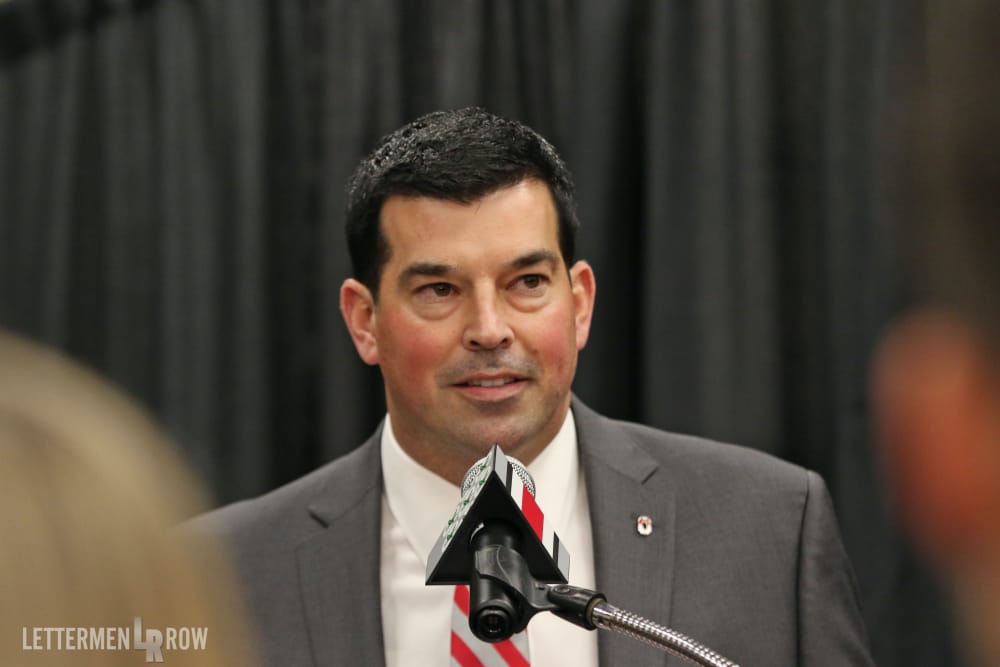 When Ohio State announced Urban Meyer’s retirement on Tuesday morning, it also announced that would be taking over the program that Meyer built into one of the most stable and impressive in the country. New head coach Ryan Day takes over a program where the worst-case scenario — which has happened once in the last seven years and still ended in a conference title and Cotton Bowl win — is a 10-2 regular season.

Ohio State is handing over that program to the 39-year-old Day, whose rapid ascent continued essentially from the moment he set foot in Columbus in 2017. Last year, after one season in Columbus, Day allegedly turned down job offers as Mississippi State’s head coach and offensive coordinator of the Tennessee Titans.

Day got the whistle when Meyer was suspended for the first three games in 2018, earning the interim title over former college head coaches Kevin Wilson and Greg Schiano. In those three games, Day led Ohio State to routs of Oregon State and Rutgers as well as a neutral-site win against TCU.

“We all know the tremendous job he did in a challenging time,” Ohio State athletic director Gene Smith said. “He led our program through unbelievable adversity earlier in the year. He offers us a terrific, terrific skill and talent. We’re just so fortunate that he was here.

“It’s rare that you have the opportunity to create a secession plan where you have the right person in place. Any CEO in the public or private environment, you hope that you have that opportunity and so we were fortunate — circumstances, in some cases. But we recognized the talent that Ryan Day had early and I spent a great deal of time getting to know him. Did that this summer.”

Recruiting impacts everything, so let’s get right into it. Meyer even said that recruiting played a role in the timing, in that he didn’t want to deceive recruits by announcing his retirement after they signed their Letter of Intent.

The Buckeyes lost one commit on Tuesday, Class of 2020 4-star Lejond Cavazos. For the most part, though, Ohio State’s currently committed players seem to be on board with Day.

“You can really talk to him,” 5-star 2019 wide receiver commit Garrett Wilson told Lettermen Row in August. “It doesn’t ever feel like recruiting. He’s very natural and very comfortable.

In the Tuesday edition of Dotting the ‘Eyes, Lettermen Row recruiting czar Birm provided plenty of detail about what Day’s hiring means for Ohio State’s recruiting both long- and short-term as well as the likelihood of currently committed players sticking with their pledge.

Meyer formally announced his retirement at a press conference Tuesday afternoon. He was joined by Smith and Day who each gave their own opening statements and also took questions together. If you missed it on Tuesday, you can watch the video below.

What’s next for Urban Meyer?

Here’s what Meyer had to say when asked about his coaching future:

Q. Do you anticipate staying in Columbus and being around?
COACH MEYER: I do. I love Columbus. I love Muirfield, where I live. I’ve always been a Buckeye as long as I can remember. Gene Smith, like I said, our relationship has always been good. It’s over the top now. And I trust him with my life. And our families are very close.

So when he says jump, I still say — I’m going to still call him boss. However I can help this — I believe in Ohio State. I believe in the spirit when you walk around this campus. I believe in Buckeye Nation, because I lived it my entire life. I believe that this is a different place. And I want to help in any way I can. And I believe in our new head coach.

Lettermen Row’s Nick Clarkson took a look back at Meyer’s five biggest wins during his time at Ohio State.