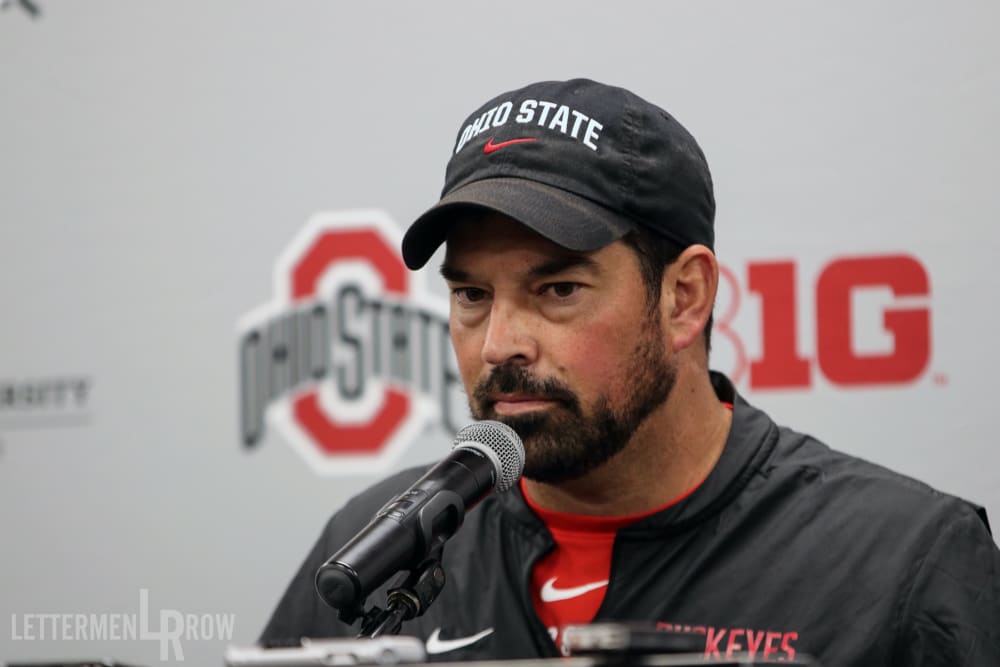 There’s no drama as to the result, but Ohio State’s quarterback battle will formally come to an end Monday when Ohio State coach Ryan Day names a starting quarterback.

That person will almost certainly be Justin Fields, and when I say “almost certainly” what I actually mean is that unless he loses a limb sometime before the press conference, Fields will be announced as Ohio State’s starting quarterback.

Hey, Texas has finally noticed Jaxon Smith-Njigba exists. Smith-Njigba, the No. 10 wide receiver and No. 62 overall prospect in the Class of 2020, is from Texas but heard only radio silence from the Longhorns while Ohio State chased him. Now there’s speculation as to whether or not he’d flip to the Longhorns, so let’s go to Birm for his analysis:

Texas, apparently, has decided to begin reaching out to the 6-foot-1, 190-pound in recent months. And since Smith-Njigba spoke to a Texas TV station and answered a question honestly, people are now beginning to buzz.

Never mind the fact that the contact with Texas is undefined and vague, of course. Smith-Njigba has been on the record with Lettermen Row and confidently stated that he believes he’s found the “perfect” fit for him in Columbus. I’ve spoken to sources both at Ohio State and with the Smith-Njigba family, and each immediately and vehemently denied that there’s any concern about these Texas rumblings.

For more on this situation, check out the Sunday edition of Dotting the ‘Eyes.

Ohio State wanted competition, and that’s exactly what it got. Maybe some of the battles didn’t yield anything other than the expected result, most notably at quarterback where Justin Fields has been the wire-to-wire leader and is expected to be named the starter on Monday.

But there have certainly been some interesting developments elsewhere for the Buckeyes during the month of August so far. And with training camp starting to wind down and preparations for the opener about to begin, the time for solidifying the depth chart has arrived for first-year coach Ryan Day.

Be sure to check out Lettermen Row’s list of five Buckeyes who have impressed during the first couple weeks of practice and may have earned more prominent roles than might have been initially expected.

There are plenty of other changes around the Buckeyes program, but one thing that hasn’t changed is that Lettermen Row is going to be there, covering Ohio State football from every available angle.

Curious what fall camp has looked like so far? Wonder no more. Check out the photos from two weeks worth of the Buckeyes getting ready for the upcoming season.