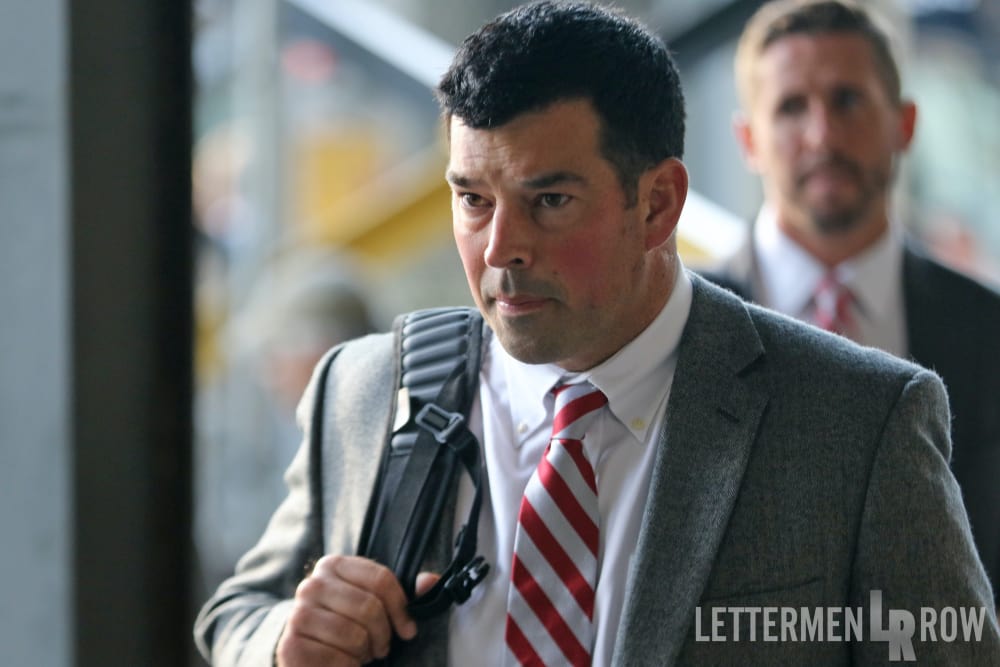 What’s left for the coaching staff?

There are two big pieces left for Ryan Day’s coaching staff, and both appear to be nearing a resolution. The only positions believed to still be up in the air are cornerback and offensive line, albeit for different reasons. Cornerbacks coach Taver Johnson was a casualty of the defensive overhaul, and Day will have to find a replacement for him. That’s not quite the same situation with offensive line coach Greg Studrawa, but there are reports that Studrawa has been pursuing other jobs — most recently Maryland.

In the Wednesday edition of Dotting the ‘Eyes, Lettermen Row recruiting czar Birm laid out the three scenarios that might explain what’s going on:

Either way, it’s something to keep an eye on going forward. As for cornerbacks, it appears Corey Raymond will be staying at LSU, so the Buckeyes are out of luck there. They need an assistant before recruiting gets going again, though, so expect things to move quickly.

Well, that wasn’t great. Ohio State basketball lost to Rutgers on the road on Wednesday night. Lettermen Row contributor John Brice took a look at what went wrong for the Buckeyes in his Three Points post.

The schemes will change, the Ohio State coaching staff has already undergone an overhaul and a couple key figures will be missing the next time the defense steps on the field. But there is more than enough talent returning for the Silver Bullets to reclaim the honor that comes with that nickname. And it was on prominent display in the Rose Bowl heading into this critical offseason.

The Buckeyes are in great shape in terms of personnel. Zach Boren returned to break down one more game film in the Lettermen Row lab for BuckIQ, with the guys who will be back setting the tone being put under the spotlight. What does the future hold for the Silver Bullets?