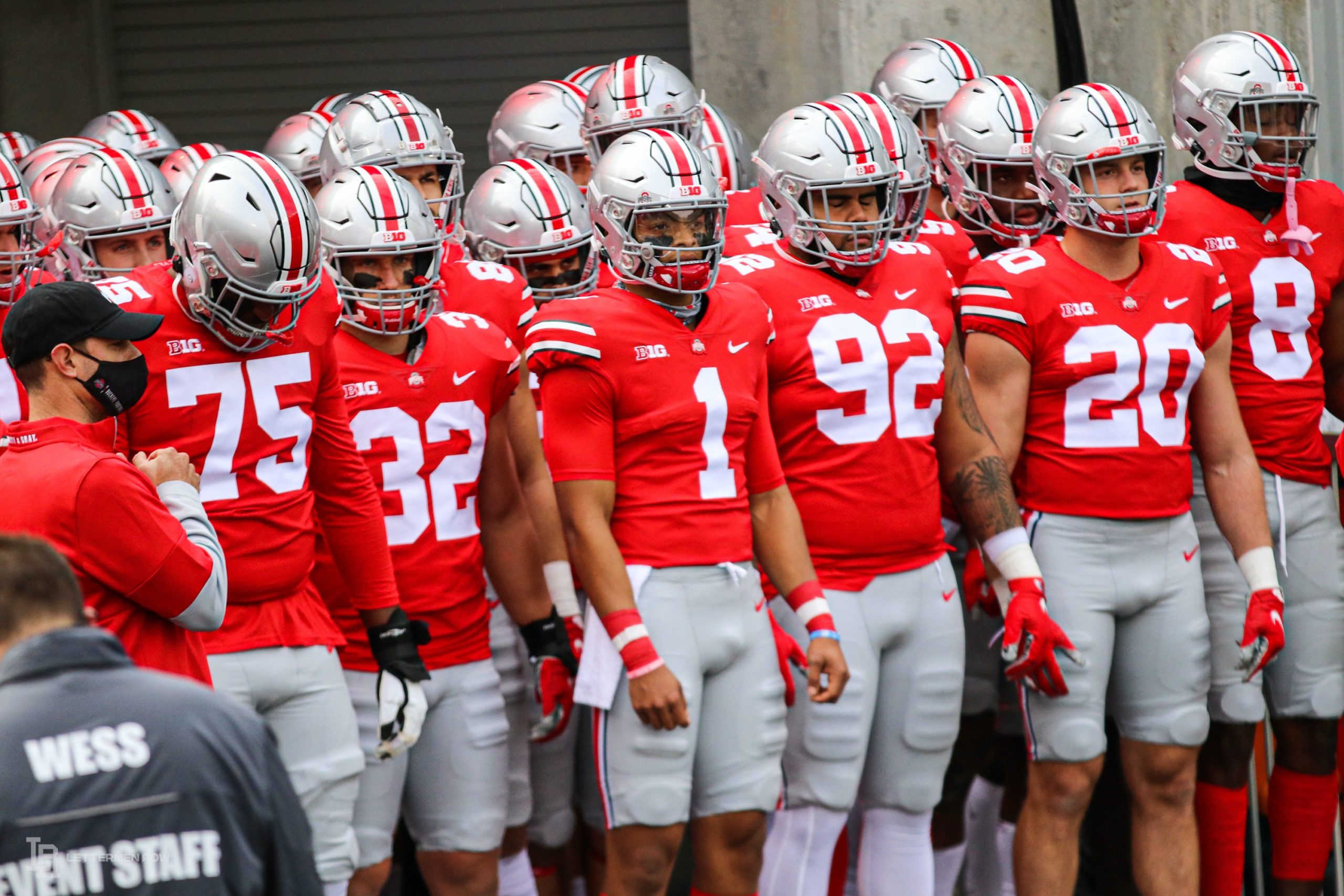 Ohio State started slowly in its season-opening game against Nebraska, but after a tight first half, the Buckeyes rolled the Cornhuskers to officially enter the College Football Playoff conversation. Ohio State has plenty to work on, as the run game was stagnant and the Silver Bullets defense gave up more than 300 total yards.

But there was also plenty of highlights, including Justin Fields near-perfect day through the air and the second-half performance by the defense that forced two turnovers and scored a touchdown. Now with the Nebraska win in the rearview, the Buckeyes can turn their full attention to their massive road primetime showdown at Penn State.

Miss any of the coverage from Ohio State’s season-opening win over Nebraska? We have you covered:

Buckeyes slide up in polls after win

The Buckeyes have plenty to break down and improve on after their 52-17 season-opening win over Nebraska. But in the pandemic-shortened, eight-game season, a win is a win in the Big Ten.

And now that the first game is complete, the Buckeyes are back on the ballots of every poll voter and coach. Ohio State checked in at No. 3 in the latest Amway Coaches Poll on Sunday, sliding up two spots after officially announcing itself in the College Football Playoff hunt. Clemson retained the top spot. The Tigers were followed by Alabama, Ohio State, Notre Dame and Georgia. Ohio State received two first-place votes in the Coaches Poll but didn’t receive any first-place votes in the AP Poll.

After weeks of posturing by some voters and coaches by not admitting the Big Ten teams into the rankings, they finally added the conference into the mix after the opening weekend of action for the conference. And the Buckeyes were a beneficiary of that.

Ohio State opened the highly-anticipated week leading up to the Penn State game as an eight-point favorite on the road, according to VegasInsider.com. The line quickly jumped up to 10 in the hours after the sportsbook began taking bets, showing that the public is on the Buckeyes.

Ohio State handled its business in Week One with a runaway victory. Penn State, however, did not get to 1-0 on the season. The Nittany Lions fell as a road favorite to Indiana, and now they’ll have to regroup against one of the best three teams in the country. Ohio State won’t take Penn State lightly despite the struggles in State College.

Ohio State is 29-13-2 against the spread against ranked Big Ten opponents since 2006.