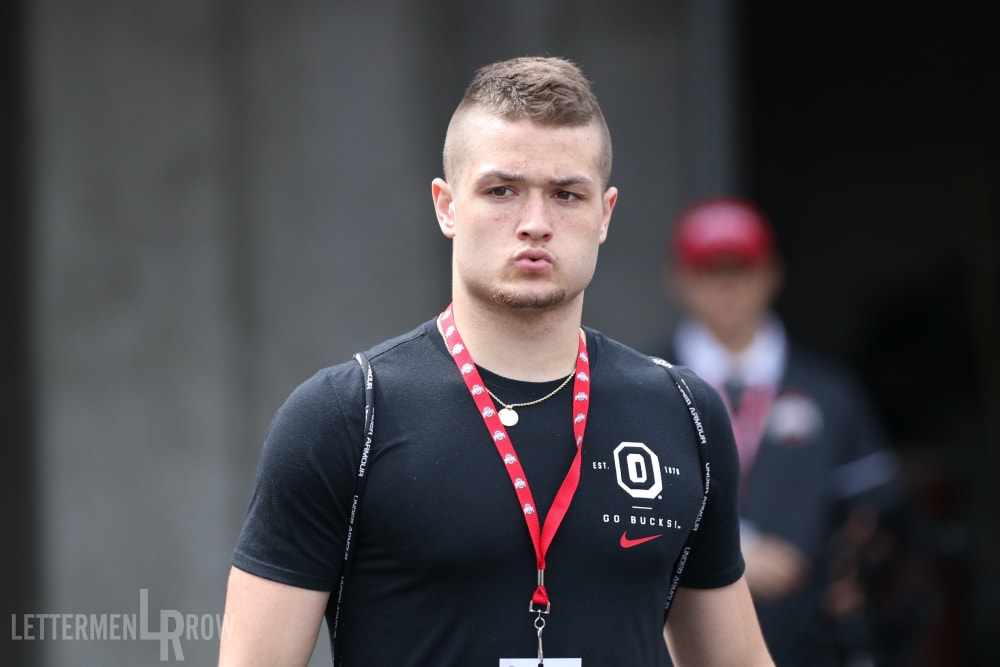 Cade Stover will wear No. 16 at Ohio State. (Birm/Lettermen Row)

Some of Ohio State’s early enrollees and transfers have been on campus since January, but the rest arrived in June. With everyone finally in Columbus, the roster has been updated to reflect the jersey numbers for the entire 2019 recruiting class (as well as a trio of transfer scholarship players).

One of the annual highlights of the college football offseason is Bruce Feldman’s annual college football “Freaks” list, where Feldman ranks the 50 most jaw-droppingly athletic players in the country. Past Buckeyes to make the list have included the Bosa brothers, Jerome Baker and Parris Campbell, for example.

This year, no Buckeyes made the list. There’s nothing inherently wrong with that, but it feels like a pretty egregious mistake for this particular year given that Chase Young still plays for Ohio State. Young is exactly the type of person that this list was built for — a player who can do things faster, stronger, and higher than a player their size should be able to.

That omission aside, it’s still interesting reading for anyone who wants to check it out.

Why Ohio State is chasing a second 2020 QB

Even though 4-star quarterback Jack Miller is solidly committed, Ohio State continues to hunt for a second quarterback in its 2020 class. As a part of the Friday recruiting question of the day, Lettermen Row recruiting czar Birm addressed why that’s happening:

The quarterback room now consists of former 5-star All-American Justin Fields and recent Kentucky graduate transfer Gunnar Hoak, two scholarship quarterbacks who’ve never played a down of real football at Ohio State competing for the starting job. If Fields is as good as advertised, he’s likely to bolt from the program following the 2020 football season and Hoak has no option but to do the same.

That means if there’s not a second quarterback added to the Class of 2020 by Ohio State, Day and the Buckeyes will enter the 2021 football season with potentially just two scholarship quarterbacks on the roster: Jack Miller, and Class of 2021 commitment Kyle McCord. Regardless of those players’ potential, that isn’t going to cut it.

We may no longer live in the world of four or five scholarship quarterbacks on a collegiate roster. But having only two can’t work, even if it includes players with elite talent like Miller and McCord.