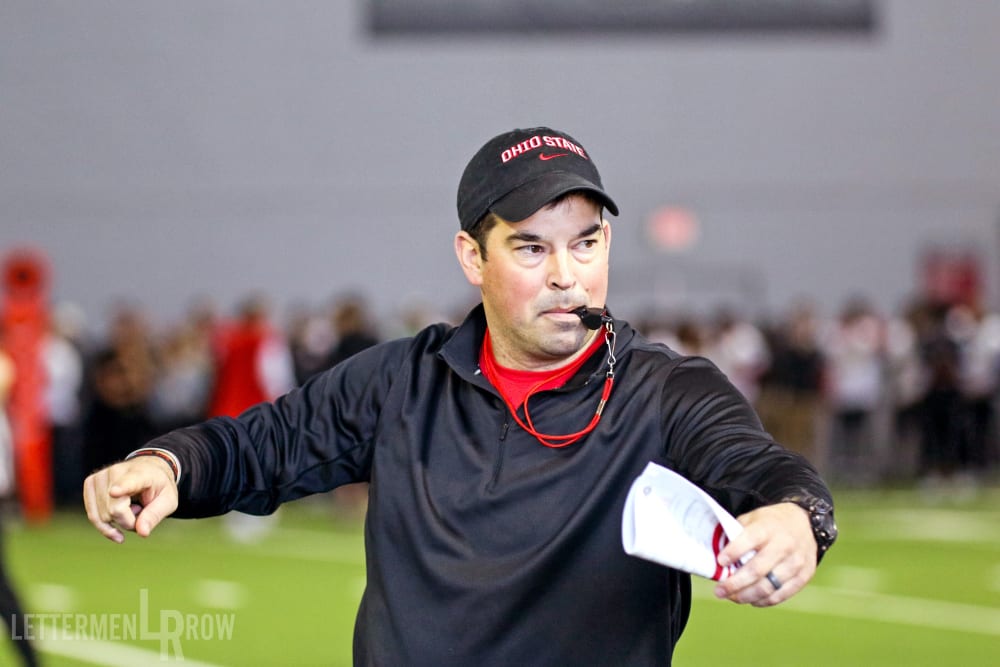 The Buckeyes will host a number of talented prospects this weekend on official visits as they look to turn up the heat on the Class of 2020. The visit weekend includes a pair of show-stoppers that are on the top of their respective position boards for Ohio State: Arizona 5-star running back Bijan Robinson and Texas 4-star defensive lineman Vernon Broughton,

Robinson doesn’t talk much about his recruitment. Like Broughton, he has never been to Ohio State for a visit. But the Tucson 5-star talent has, according to sources within the program, maintained his interest for months and remains in regular and productive conversation with Ohio State. Texas and UCLA are reportedly among his favorites, but this weekend gives the Buckeyes a fighting chance — despite some belief that he’s not likely to travel too far away from Arizona for college.

With Broughton, a 6-foot-5, 285-pound defensive lineman, things appear a bit more cut-and-dry. The overwhelming sentiment is he’s heading to Texas for college, but Ohio State isn’t going to concede the recruitment without Larry Johnson and the Rushmen taking a mighty swing this weekend. For a look at the physical representation of what Johnson’s ideal defensive lineman of the future would look like, look no further than Broughton.

Who else is making an official visit to Ohio State this weekend?

Chambers is the rare modern athlete, according to his high school coach Tim McFarlin, and he misses very little on or off the field. He carries with him to Columbus an upper-level GPA and a willingness to lead.

“Athletics have been a big part of his life, but things people don’t know about Steele is that he’s a good classmate, teammate and teachers love him,” McFarlin said. “Always hanging right around a 4.0 GPA, and some of that is just so unusual today for some of these high-level football players. Never the way it was for Steele. The same leadership he has on the football field, he has that in school. He’s a kid that as a coach you trust him even when he was away.

Thursday’s Ohio State question of the day was a good one, inquiring as to when running backs coach Tony Alford might reach greener pastures.

Alford has already come up as a possible target for multiple coaching searches involving MAC schools, although sources familiar with his thinking indicated he didn’t pursue them for whatever reason. It’s possible that he was simply content in his role with the Buckeyes, continuing to work with J.K. Dobbins and competing for championships while still drawing a $600,000 salary that offers little financial incentive to leave the program without a perfect fit.

But it’s that Ohio State pedigree, his time spent learning under Urban Meyer and the fantastic work he’s done with tailbacks like Dobbins, Mike Weber and Ezekiel Elliott that has caught the attention of athletic directors around the country. Alford has coached a 1,000-yard tailback in every season so far with the Buckeyes, he’s paid his dues over 22 years in the profession and his engaging personality helps him both build strong relationships with players and win press conferences. Eventually, Alford figures to get an offer that could pry him away from Ohio State — and the most likely possibility to watch would be if the Colorado State job opens and his alma mater looks to bring him home.