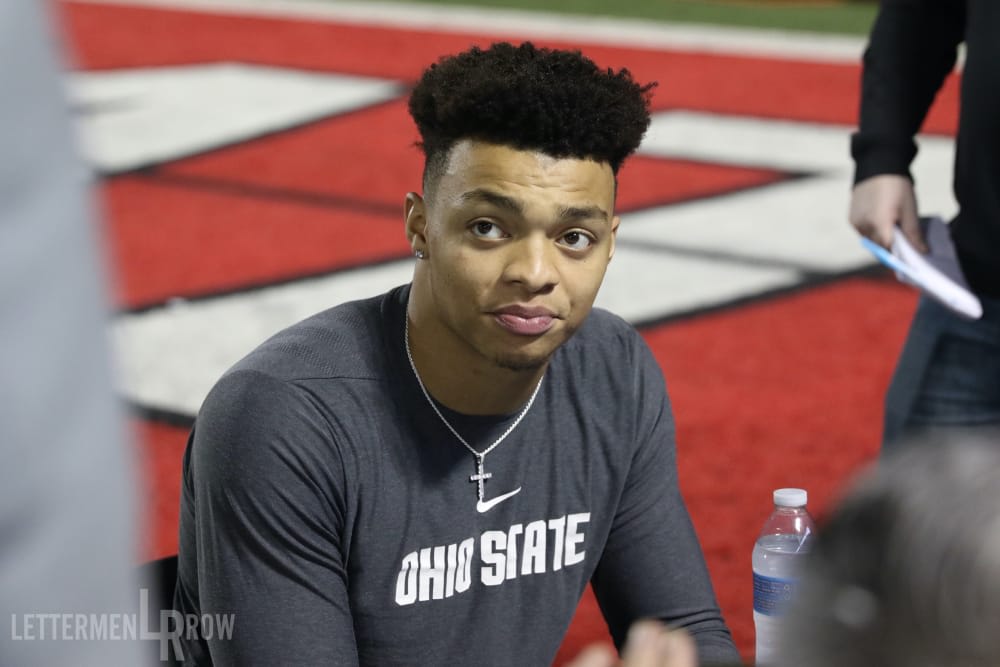 Get to know Chris Chugunov

Ohio State graduate transfer quarterback Chris Chugunov has proved to be a little-known commodity to this point, but it appears that is about to change. The fifth-year senior came to Ohio State to provide the Buckeyes with experience and depth because of transfers at that position, but he was never expected to challenge for meaningful playing time.

Now, Chugunov is one hit away from being the starting quarterback for Ohio State, so let’s get to know him now. With Tate Martell and Matthew Baldwin both having transferred, the Buckeyes are down to three quarterbacks — Justin Fields, Chugunov, and walk-on Danny Vanatsky. With him being the backup at the present moment, let’s take a look at what he said during spring practice about how he approaches the job.

“I’ve sat down with Coach Day multiple times and we’ve talked about the position I’m in and the value it has for the team,” Chugunov said this spring. “The role I play, I’ve embraced it and I just come out here to work every day. I’m here, I have experience and I’m going to compete every day and also excel off the field and set myself up for when football is over. While I’m here, I just do whatever they ask me to do.”

Last season, Chugunov wasn’t asked to do much. Behind Haskins, Tate Martell and Baldwin, he saw the field for a handful of plays against Rutgers after Martell had his bell rung in mop-up duty. He was the veteran in a room full of young, talented quarterbacks — and now he finds himself behind Justin Fields as one of just two scholarship quarterbacks at Ohio State.

Don’t expect Chugunov to get frazzled by the changes, though. He’s glad to get any chance to throw the football.

“I just kind of walk out here and do my thing every day, in the meeting rooms as well,” Chugunov said. “Just being here and playing at this level, you have to compete every day, right?

If you missed it on Saturday, here’s my take on why Justin Fields will still be worth it. Looking at the 2019 season, the goal of which is to win a national championship, would you prefer to have Tate Martell and (possibly) Matthew Baldwin in the quarterback room, or would you rather have Justin Fields?

If Justin Fields is as advertised, he is that guy. He was the No. 2 overall recruit in the 2018 class behind Lawrence, the guy who just won a national championship as a freshman. Day could have chosen not to pursue him. Nobody put a gun to his head. He saw what he had at the position with Haskins gone, and he sought out a player even though he knew it would thin the quarterback depth chart with at least one transfer.

It will of course be up to Ohio State to make sure this gamble pays off by protecting him at all costs. But the best teams in the country have shown that it’s a risk worth taking. Championship teams have the best quarterback, not the most quarterbacks.

The No. 1-ranked Ohio State men’s tennis team clinched its 14th consecutive Big Ten regular season championship on Sunday with a 7-0 win against Indiana. That victory improved the Buckeyes to 26-2 overall and 11-0 in conference play.

With the 7-0 win against the Hoosiers, the Buckeyes were crowned champions for the 14th straight season and capped off an 11-0 regular-season finish in conference play for the fourth year in a row. Graduating seniors Martin Joyce and Hunter Tubert finish their careers 44-0 as Buckeyes in regular season conference play.

Now the Buckeyes will head to the Big Ten Tournament, which will be held in Ann Arbor next week. The Buckeyes will look to repeat as champions, having won the conference tournament last year.