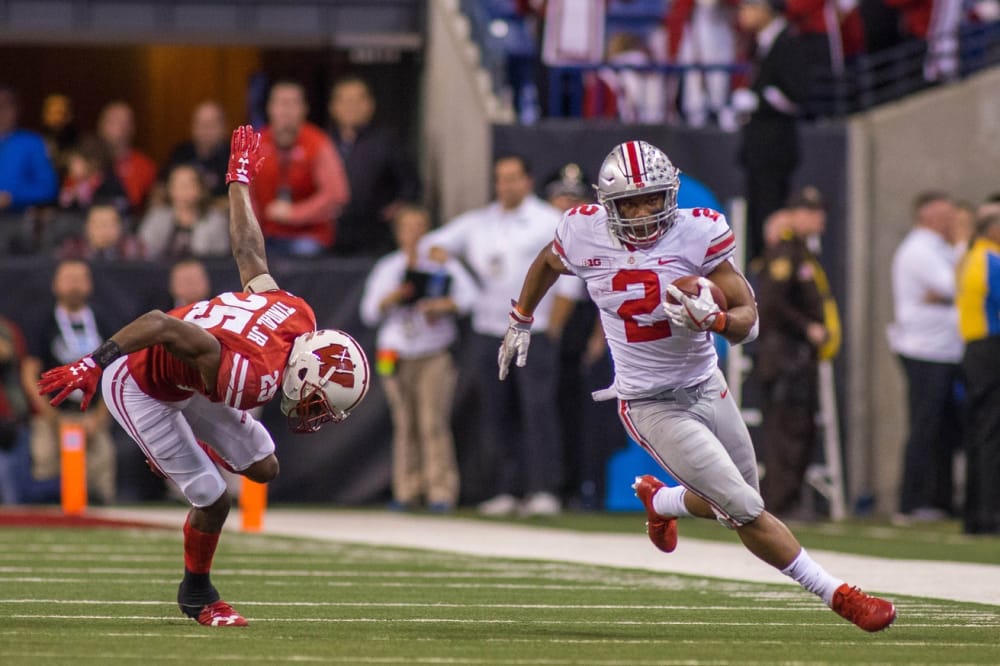 Because Scarlet Sunrise is a post that usually looks back on the previous day or forward to what will happen on the day it runs, I wouldn’t be doing my job if I didn’t include the numerous dizzying updates from the Zach Smith firing and Urban Meyer investigation. But we’re going to take a break from that for a few reasons. First, my head feels like it’s going to explode, so I can only imagine how y’all feel. Furthermore, Wednesday was a pretty quiet day on the Columbus edition of As The World Turns, so there wasn’t much to report anyways. And lastly, I fear that won’t last for very long with the investigation set to wrap up soon. So let’s do this! On to the football…

Each of the past two years, Lettermen Row recruiting czar Birm has had an Ohio State commit write a weekly diary of his senior season, and that continues this year with Lexington, Ohio, athlete Cade Stover. His first entry ran on Wednesday and discussed life on the farm and his summer plans before football kicks into high gear. Check it out!

The Athletic released its Big Ten predictions, and part of it made me do a double take. Stewart Mandel picked Ohio State to finish fourth… in the Big Ten East, not the country. Here’s what he wrote about it:

“Previously, I would not have picked against J.K. Dobbins, Nick Bosa, Chase Young and the other freaks on this Ohio State squad. But I’ve watched off-field distractions derail other talented teams. TCU sends a message in Week 3 that these Buckeyes are mortal.”

Fair enough, though I’d still not bet against the Buckeyes’ talent at this point. For his part, colleague Bruce Feldman picked Ohio State to win the East but lose to Wisconsin in the conference championship. Here are his thoughts on the Buckeyes:

“Whether it’s Urban Meyer or Ryan Day running the show this fall, this is a very talented and very experienced Ohio State team. A savvy group of wideouts is ideal to handle all of the drama surrounding wide receivers coach Zach Smith’s ouster. They’ll also help gifted new starting quarterback Dwayne Haskins, who is primed for a big year.”

The Wednesday question of the day asked how the Ohio State defensive line might respond to the prevailing thought that Clemson has the nation’s best defensive line. Lettermen Row senior writer Austin Ward gave his thoughts on the possibility of Larry Johnson and the Rushmen using that as motivation.

Ohio State has to replace some starters on the offensive line, which makes September matchups against TCU and Penn State perhaps even more challenging. The Buckeyes got a slight reprieve on Wednesday, albeit in a disappointing and unfortunate way. TCU defensive tackle Ross Blacklock is expected to miss the entire 2018 season after an injury in fall camp. He was the Big 12 co-defensive freshman of the year in 2017 after posting 6.5 tackles for loss and two sacks.