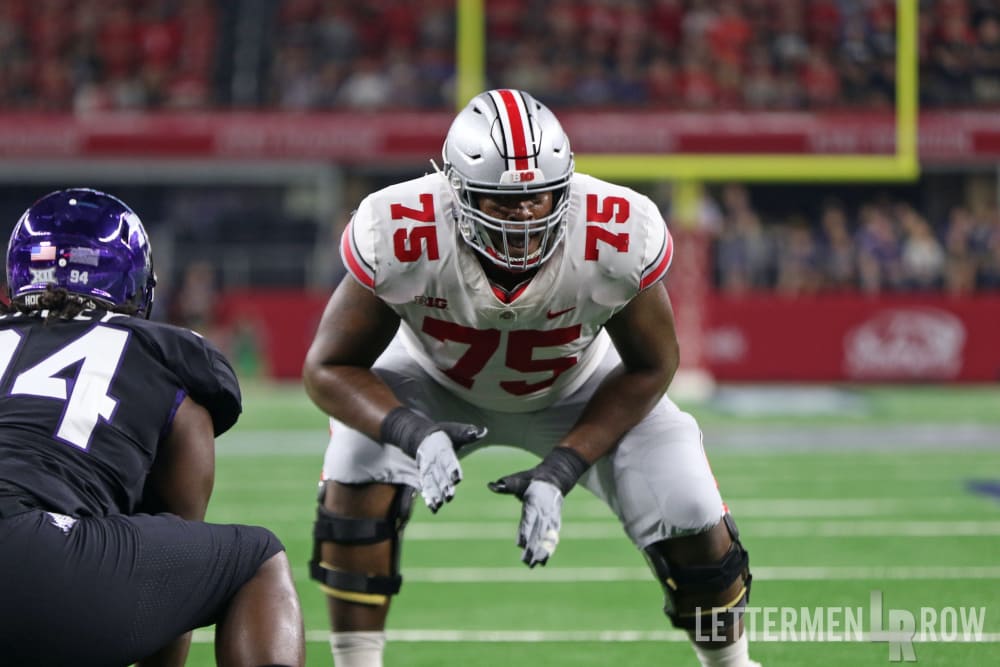 Thayer Munford's return will be a big boost for Ohio State. (Birm/Lettermen Row)

How quickly can OL come together?

Ohio State’s offensive line depth isn’t where it needs to be, but it’s certainly better than what Buckeyes fans had to see this spring. During those 15 practices, Ohio State was without the following players:

The return of Munford and the addition of Jackson, who comes ready to play at this level, cannot be discounted. But will it be enough? Will the remade offensive line have sufficient time to get things rolling? Lettermen Row senior writer Austin Ward explored this topic in the Tuesday Question of the Day.

It’s been a few weeks since the most recent visit to Ohio State for 4-star offensive lineman Reece Atteberry. The country’s fourth-ranked center prospect in 2020 is being recruited by the Buckeyes as a versatile player who could play anywhere along the line, and he spent a late-March weekend in Columbus that his father Mark assessed for Lettermen Row.

Ohio State has long been a favorite school for the 6-foot-5, 280-pound lineman. But this visit was bound to be different than previous ones simply because there’s a new guy in charge of the program.

“This visit was very detailed and involved,” Mark Atteberry said. “Shoot, we were there both days from about 7 a.m. to 7 p.m. — watching practices and meetings. Then, of course, we had one-on-one meetings with everyone.

“We were very impressed — more than before — with everyone. Ryan Day is much more involved in everything, both physically and in voice. The vibe was intense and high tempo.”

Mark Atteberry expects his son to take an official visit to Ohio State in early June.

Former Ohio State star Zach Boren joined Austin Ward and Jeremy Birmingham for this week’s installment of Lettermen Live presented by Byers Auto. It was a big weekend for the Buckeyes with the spring game and many top recruits in Columbus. Watch as Boren, Ward and Birm break everything down.

With no unit heading into the summer with more question marks than the offensive line, a guy who has started in the Rose Bowl and has the versatility to help in a variety of ways is absolutely critical. Even if Josh Alabi doesn’t wind up as a first-choice starter for Ohio State this year, that group can’t become a strength of the team without dependable options waiting in the wings — and Alabi proved to be just that on New Year’s Day and throughout spring camp.

Ohio State will have left tackle Thayer Munford back healthy in time for fall camp, and what exactly that means for Alabi moving forward remains to be seen. But the experienced offensive lineman is a key component for that group no matter what, and former Ohio State right tackle Reid Fragel returned to the Lettermen Row film lab to break down Alabi’s improvement and the value he provides for the program in the latest episode of BuckIQ.