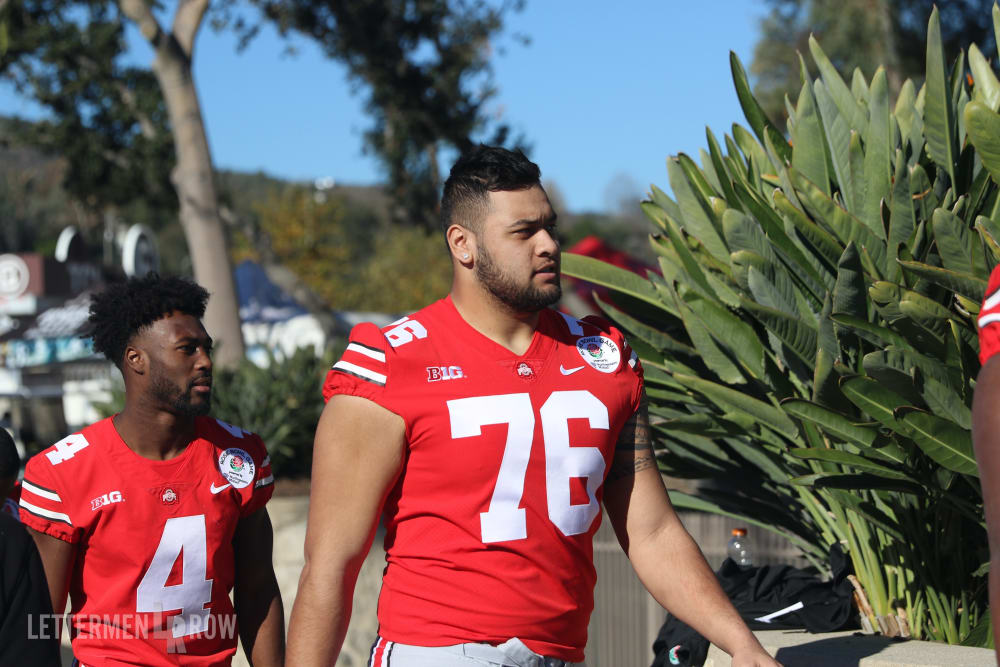 Ohio State’s offensive line lost four starters from last year’s group: tackle Isaiah Prince, center Michael Jordan and guards Demetrius Knox and Malcolm Pridgeon. Those absences present a challenge for a group that doesn’t have nearly the depth that it wants to at that position, primarily in quantity but also in quality.

Spring has been made even more difficult by the fact that the Buckeyes are without two key competitors. Left tackle Thayer Munford is missing spring to recover from a banged-up season, and graduate transfer guard Jonah Jackson still has to actually graduate and transfer.

Still, there are some encouraging signs from young players, including the emergence of Josh Myers at center and Wyatt Davis at guard. The Buckeyes also have the benefit of a healthy Branden Bowen, whose versatility will give Ohio State much-needed flexibility in terms of potential lineup combinations.

Lettermen Row senior writer Austin Ward compiled a list of what we learned from the offensive line during spring practice so far.

It’s not uncommon when players decommit from a school to suggest that they will continue to consider the program they once were pledged to — usually out of a sense of respect for the place they’re walking away from. It rarely works out that a prospect comes back into the fold, but there’s a good chance that’s exactly what happens with Lejond Cavazos and the Buckeyes when he once again makes his college choice on April 12.

Cavazos joined us on Birminology this week to talk about his decommitment, his re-recruitment and where his relationships are with his six final schools a week out from his commitment.

ESPN’s NFL draft analysts Mel Kiper and Todd McShay released dual versions of a two-round mock draft on Wednesday. Here’s where the Ohio State players were projected to end up.

On Monday, Canadian tight end Theo Johnson took a visit to Ohio State. By the end of the day, the No. 5 tight end in the Class of 2020 left campus with a scholarship offer from the Buckeyes in hand.

“The best part about the visit was getting to see the practice and how they go about things,” Johnson said. “The intensity was always very high and that really stood out to me.”

This trip to Columbus was the second for Johnson, who camped with Ohio State last summer. There could be a need for a return trip once more for the Canadian prospect and his family in order to get a more comprehensive view of everything the Buckeyes have to offer.

“My mom and I both felt that they had a ton of support for the players,” Johnson said. “We didn’t get to see the entire academic side of things, but we sat through a brief academic presentation during the visit as well.”

Additionally, featured speakers will include Boston College coach Steve Addazio, Wittenberg coach so and so and leadership expert Tim Kight.

Furthermore, the new Ohio State assistants will all be giving presentations during the clinic. The schedule for those coaches is as follows: