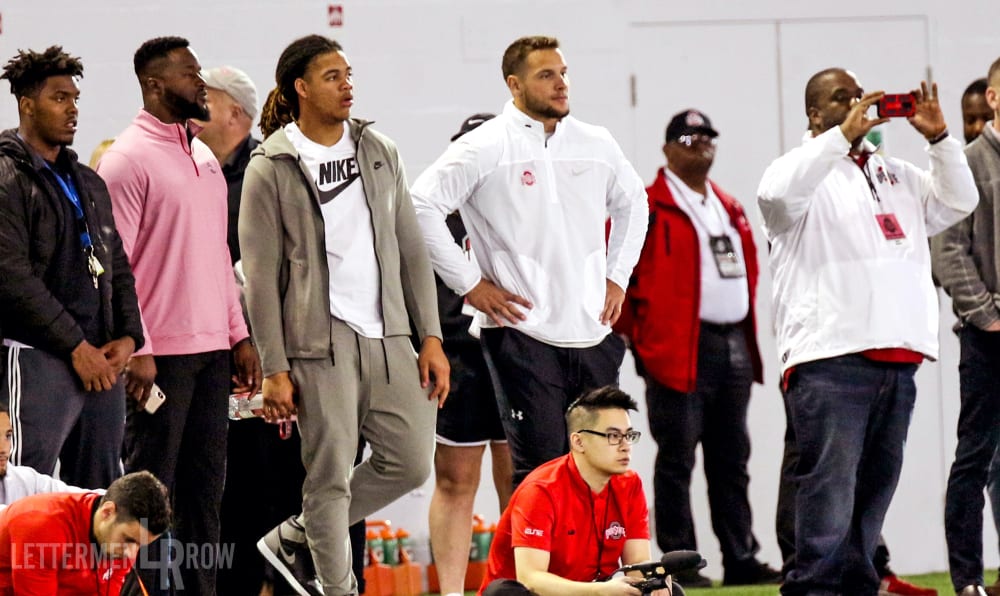 Nick Bosa made the right call

Nick Bosa did not participate in Ohio State’s Pro Day on Wednesday, citing satisfaction with his showing at the NFL Combine.

“For me, it was just listening to the people that advise me who I trust,” Bosa told the NFL Network. “It wasn’t in my best interest, so I made the decision. I think I checked all the boxes. I may not have put up all the times I wanted to exactly [at the NFL Combine], but I’m ready to start training for football — not this track meet stuff.”

He’ll almost certainly be better off for that choice. Bosa has 2.25 seasons of elite, All-American tape and is essentially the consensus choice at this point to be the first non-quarterback drafted in this year’s class. He competed at the NFL Combine, when draft prospects are subjected to even more intense scrutiny than pro days, which take place in their own school’s facilities. The only thing that can affect Bosa’s status at this point is an injury, and he was right to avoid that risk after showing what he can do at the Combine.

More than 100 coaches, scouts and executives packed Ohio State’s Pro Day to watch the Buckeyes, including representatives from all 32 teams. Here’s a list of some of the key names in attendance:

To sweeten the deal, we are giving away a pair of Beats Studio3 Wireless headphones ($349.95) to the winner and some Lettermen Row swag to anyone who finishes in the top 10.

Click here to enter the contest and fill out your bracket!

The Buckeyes are working to add at least two more offensive linemen in the Class of 2020 and one of the country’s rising stars, Roger Rosengarten, made a pivotal first visit to Columbus on Tuesday.

The nation’s 21st-ranked offensive tackle, Rosengarten told Lettermen Row prior to his visit that the Buckeyes would need to make a big impression on him in order to stay in the mix his recruitment as he begins mentally narrowing down his top schools. They did just that.

“For sure,” Rosengarten said when asked if he enjoyed his trip. “It was better than I expected. I came in knowing that Ohio State was a very good program but I didn’t expect the whole thing to be this good.”