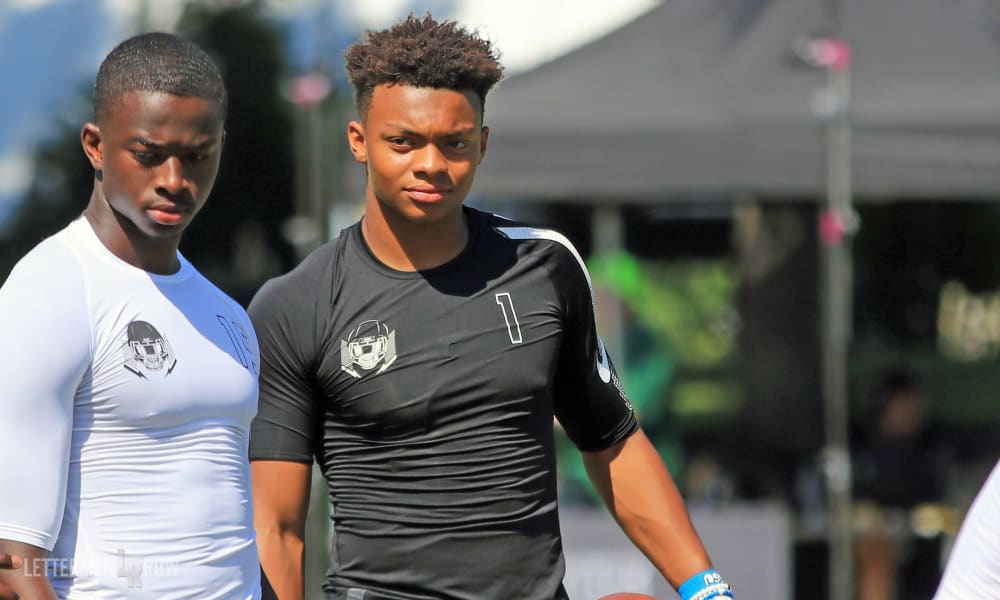 Buckle up for a fun battle

There’s never a dull moment for anyone who follows Ohio State football, and that won’t be changing anytime soon. The latest eye-popping development came when the Buckeyes landed former super recruit Justin Fields, the No. 2 overall prospect in the Class of 2018. Fields still has to try to secure immediate eligibility after transferring from Georgia, but if he does so it will set up a big-time battle with former 4-star quarterback Tate Martell.

Martell hasn’t been shy with his thoughts on Fields, which adds an intriguing layer to the competition. Ultimately, though, it’s a great position for Ohio State to be in. Ohio State is not a program where starting should be viewed by anyone as a birthright, and seniority should never be a factor. By adding a player believed by many to be a difference maker, head coach Ryan Day is giving his team the best chance to field an elite quarterback and dynamic offense in 2018.

Though Fields did not sign with Ohio State out of high school, his recruiting rating in the 247Sports composite rankings will be the highest for anyone who ever played for the Buckeyes. A Georgia native, Fields emerged out of high school as the No. 1 dual-threat quarterback in the country and the No. 2-ranked overall prospect in the 2018 recruiting class. He received a five-star rating and a composite score of  0.9998, which ranks tied for eighth all-time in the history of the 247Sports composite rankings.

Lettermen Row’s Nick Clarkson took a look at Fields’ rating and how it compares with other 5-star Ohio State recruits from the past.

Quarterback guru Quincy Avery is the personal coach for both Dwayne Haskins and Justin Fields. He spoke with Birm about Fields, and here’s part of what he had to say:

“It sounds crazy to compare him to those guys who are of course at the pinnacle of the sport, but you see characteristics of Cam Newton and Deshaun Watson,” Quincy Avery told Lettermen Row. “Those are guys he shares traits with or guys [Fields] reminds me of.”

Ohio State basketball suffered a setback on Saturday, losing to Michigan State at home after a late cold spell allowed the Spartans to take control. Lettermen Row senior writer Austin Ward gave his thoughts on the Buckeyes in his three points post analyzing the loss.