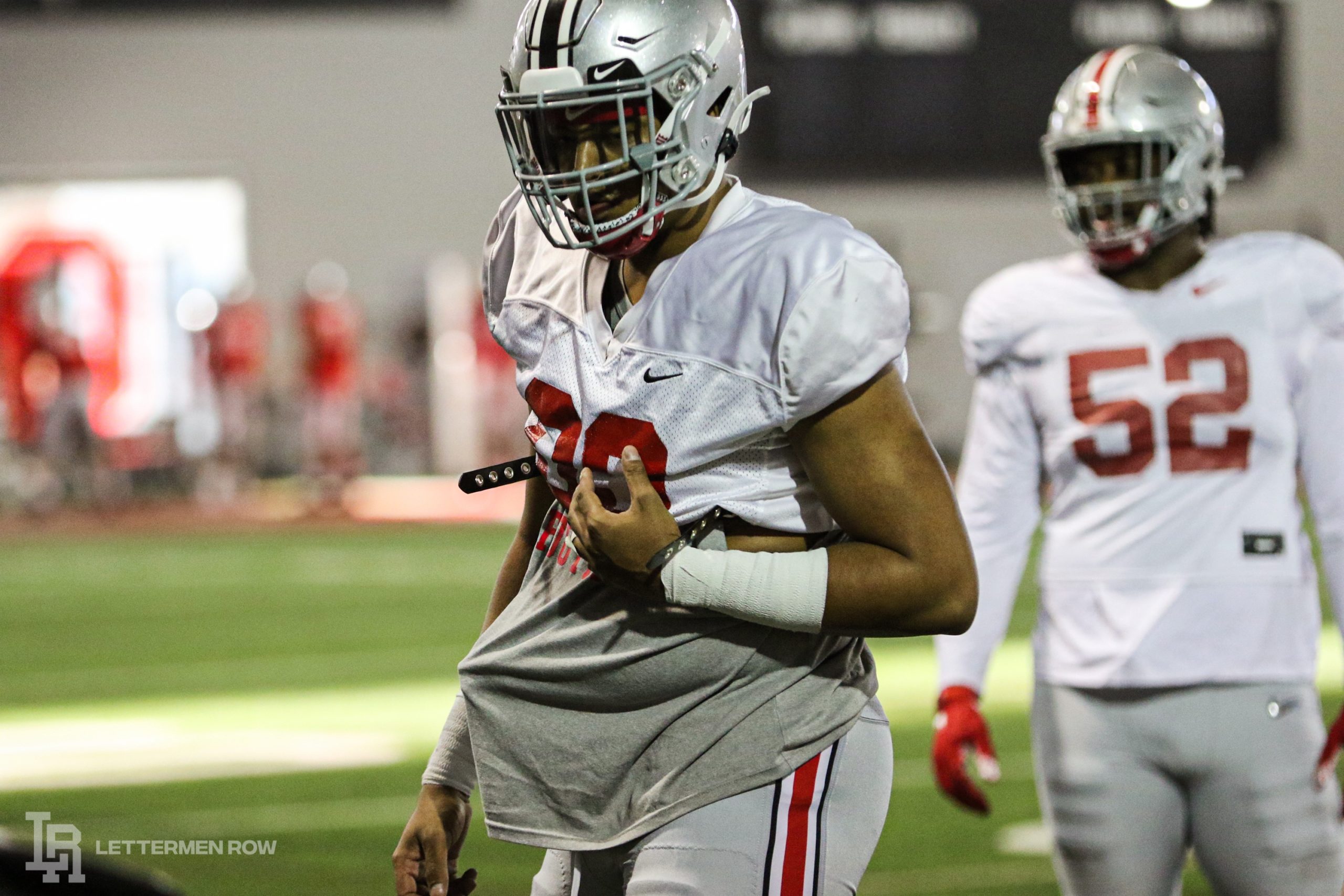 Jacolbe Cowan was, like many freshmen impacted by the way Covid-19 changed the season, slowed down last year. He was out for most of the year with an injury. It seems like this spring, he is picking up steam and aiming for a breakout.

Cowan became the first Buckeyes player to lose his black stripe this spring on Friday morning following practice. A former four-star defensive lineman, Cowan has impressed during the spring session and has a chance to make moves up the depth chart during the next month.

The North Carolina product didn’t have an impact last season during his first year with the Buckeyes. But Cowan has been impressive this spring, and he was rewarded by having his black stripe removed Friday.

The first weekend in June is going to be a big one for Ohio State. That weekend will bring full-scale recruiting back to Columbus, and with it a number of the Buckeyes top recruiting targets in the Class of 2022.

One of them will be Toriano Pride, a 4-star cornerback from Lutheran North High School in St. Louis. He’s the latest member of the The List from Lettermen Row.

The official visit to Ohio State is scheduled for June. Pride has been to Columbus multiple times, and he’s developed a good relationship with the Buckeyes staff. Ohio State has two cornerbacks committed, but as Jyaire Brown continues to flirt with Notre Dame and others, landing a player like Toriano Pride becomes a necessity in the 2022 class. His attitude and athleticism make him a perfect fit for the Ohio State secondary.

That’s why he’s on The List from Lettermen Row. Jeremy Birmingham and Spencer Holbrook break down his recruitment and why he’s so important for Ryan Day and Ohio State. Make sure to check that out here.

Ryan Day knows a good quarterback when he sees one. So as reports continue to come out questioning Justin Fields, one of the best quarterbacks in Ohio State history, Day continues to be confused.

Day offered another defense of Fields and his work ethic Friday morning. Part of that is here:

“Yeah, there’s a lot of talk out there, and I guess maybe they think they know him better than I do,” Day said after practice on Friday morning. “When I think of Justin Fields, I think of somebody who got off the field against Clemson and for the next year just grinded towards getting back to that same situation and winning that game. It started with the offseason. He got in here and he was one of the hardest workers in the weight room with Mick. Then it went to the quarantine, and during that time, [strength coach] Mick Marotti actually said that [Fields] inspired him. Justin Fields inspired Mick Marotti. He changed his diet. His work ethic was off the charts. He came in here in great shape. Then we get here and the preseason gets canceled, the season gets canceled. He doesn’t opt out and go to the NFL Draft. Some guys did.”

For more of the defense of Justin Fields from Ryan Day and analysis from Austin Ward, click here.