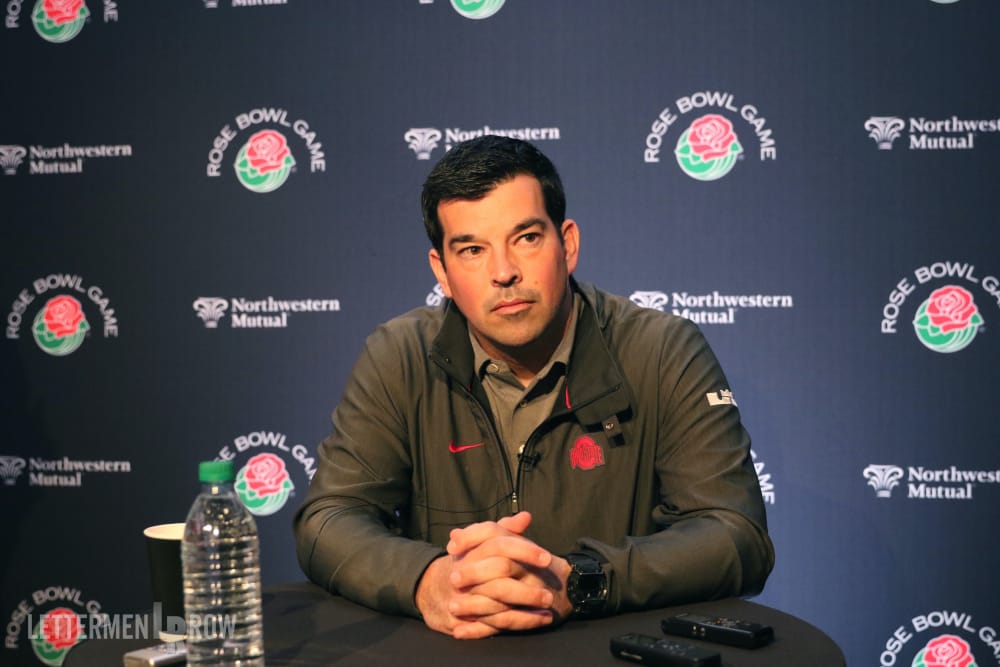 First, a recap of what happened

We’ll break it all down, but here’s a quick list of everything that happened at Ohio State on Monday.

At the end of his first week in charge, Ryan Day is now rebuilding his first group of assistant coaches with a dramatic overhaul that started by parting ways with some holdovers. The Buckeyes didn’t provide specific details in announcing the arrival of new co-defensive coordinators Greg Mattison from Michigan and former San Francisco 49ers defensive backs coach Jeff Hafley about the rest of the previous staff, but they were conspicuous in their absence.

Defensive line coach Larry Johnson was given an additional title as the associate head coach, and the legendary assistant was the only other person named as an official member of Day’s first defensive staff — appearing to confirm the impending departures linebackers coach Bill Davis and cornerbacks coach Taver Johnson in addition to that of defensive coordinator Greg Schiano.

“I love the idea of having two coordinators on defense,” Day said in a school release. “I like having a diversity of opinion, but even more I like the expertise and experience that Jeff has in the secondary coupled with the expertise that Greg brings to the front seven.”

Who is Jeff Hafley?

Who is Greg Mattison?

Ohio State fans may need no introduction to former Michigan defensive line coach Greg Mattison, who was also the Wolverines’ defensive coordinator for some time. However, here’s a more detailed breakdown including five things to know about the former Michigan assistant.

Dwayne Haskins is headed to the NFL Draft, officially making his intentions clear with a public announcement on Monday. Haskins had been open to the idea of a return and at several points suggested his decision could truly go either way, but the Buckeyes have been operating under the belief that he wouldn’t be back for quite some time now after watching him produce the greatest single-season effort at the position in school history.

Haskins left an indelible mark on Ohio State, there can be no question about that after leading the program to a Big Ten championship, a win in the Rose Bowl and earning a trip to New York as a Heisman Trophy finalist. And he’s got a legitimate claim to be considered the best passing quarterback the program has ever had, an argument that might get stronger if his rise eventually leads him to becoming the No. 1 overall draft pick.

Ohio State wide receiver Binjimen Victor is coming back for his senior season in 2019, announcing the move on Twitter on Monday.

The Buckeyes confirmed that Georgia transfer Justin Fields is enrolled at Ohio State. The former 5-star quarterback even got one of those sweet video game introductions that the program used on Twitter for the early signing period.

Oh, and Alabama lost by a million