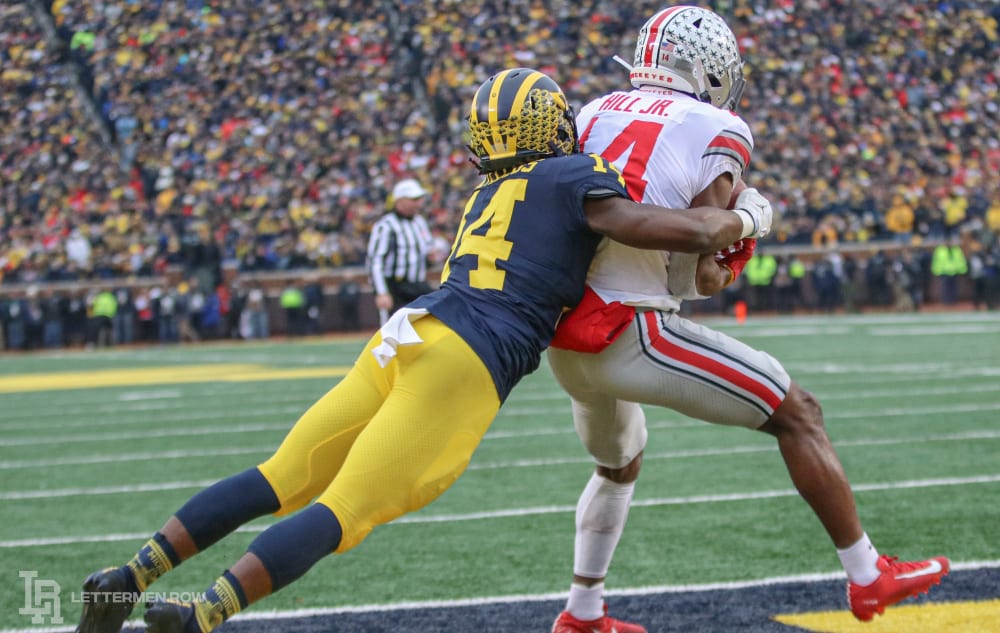 K.J. Hill was quite productive while at Ohio State. (Birm/Lettermen Row)

K.J. Hill is the most statistically productive wide receiver in Ohio State history. Hill broke the Buckeyes career reception record last season, and he had many big moments during his time in Columbus.

So it shouldn’t come as a surprise when reports coming from the Senior Bowl say that Hill has been one of the best players in attendance. His showing at the Senior Bowl is like that of Terry McLaurin from a season ago. McLaurin had a brilliant week last year and made plays all season with the Redskins in his rookie NFL season. Hill has flashed route-running skills, catching ability and a knack for making plays on offense.

The tape doesn’t lie. Hill has been one of the most impressive skill players in Mobile this week for the Senior Bowl. And odds are he’ll be productive with any NFL team that drafts him.

Can Master Teague be the premier Ohio State running back?

Early in the 2019 season, Master Teague seemed like he could be a perfect back to replace J.K. Dobbins next year. But then he struggled as the competition got stiffer for the Buckeyes. So it’s fair to ask questions about whether Teague will be ready for the bulk of the carries in the Ohio State offense next season. Ohio State should have a dominant pass game with Justin Fields, Chris Olave and other weapons. Can Teague be the lead tailback?

The top priority, though, is developing those guys already on campus at Ohio State. And the challenges are already being issued to Master Teague both publicly and privately to take the torch from J.K. Dobbins and make sure that an Ohio State position with one of the richest traditions in the country lives up to the standard.

Now, he needs to show he can do it consistently for an entire offseason, and he might find himself in a starting role. Banks has learned not to become complacent in the Silver Bullets defense, and with starting slots opening up in the secondary, Banks has a huge opportunity in front of him.

Banks proved his versatility at any spot with his touchdown in 2018 against Michigan when he scooped up a blocked punt and ran it in. Now, he needs to show he can be a reliable defensive player like he did on special teams.

What has allowed Sevyn Banks to impress in his limited opportunities so far at Ohio State? How could he fit best in the plans for the Buckeyes moving forward? What are reasonable expectations for him heading into his junior season in the secondary? Former Ohio State standout cornerback Chimdi Chekwa was back in the Lettermen Row film lab breaking down the highlights and answering those questions in the latest episode of BuckIQ.