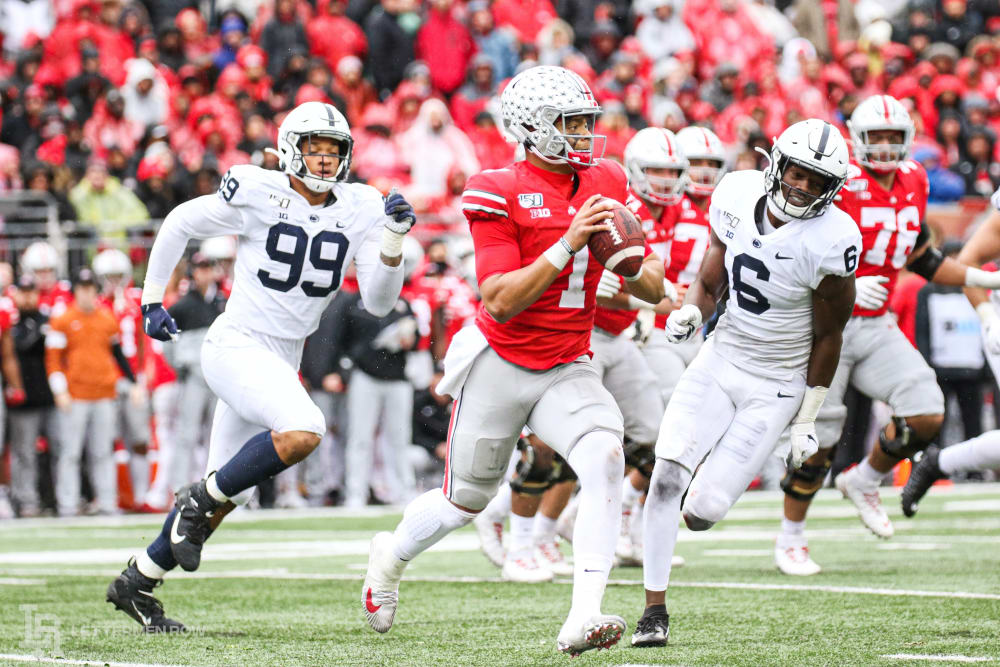 Ohio State leads the all-time series 20-14 and has won three in a row dating back to 2017. In the Buckeyes’ last trip to Happy Valley, Ohio State overcame a 12-point fourth-quarter deficit to beat Penn State 27-26. The Nittany Lions’ last win in the series came in 2016 at Beaver Stadium.

Weather: High of 46 degrees, low of 35 with a 10-percent chance of precipitation

The line: Ohio State is a 10.5-point favorite, per VegasInsider.com.

Chris Olave back, healthy for Buckeyes against Penn State

After leaving the season-opening win last week early following a violent upper-body hit, the star junior was an injury concern heading into practices for the road trip to Penn State on Saturday night. But there was optimism after Olave returned to the sideline in the fourth quarter, the Buckeyes were encouraged by the way he responded physically and he was officially listed as active by the program on Friday morning.

The Buckeyes are again at full strength with all projected starters available for the critical Big Ten East Division showdown with the Nittany Lions in primetime.

Is another classic in the Ohio State-Penn State series on the way? Who will make big plays for the Buckeyes? How can the Buckeyes come back home with a huge win and an upper hand in the Big Ten East? The Lettermen Row staff has unanimously picked the Buckeyes to get another win, and to get set for kickoff the guys are again back with Five Bold Predictions for how it’s going to happen.