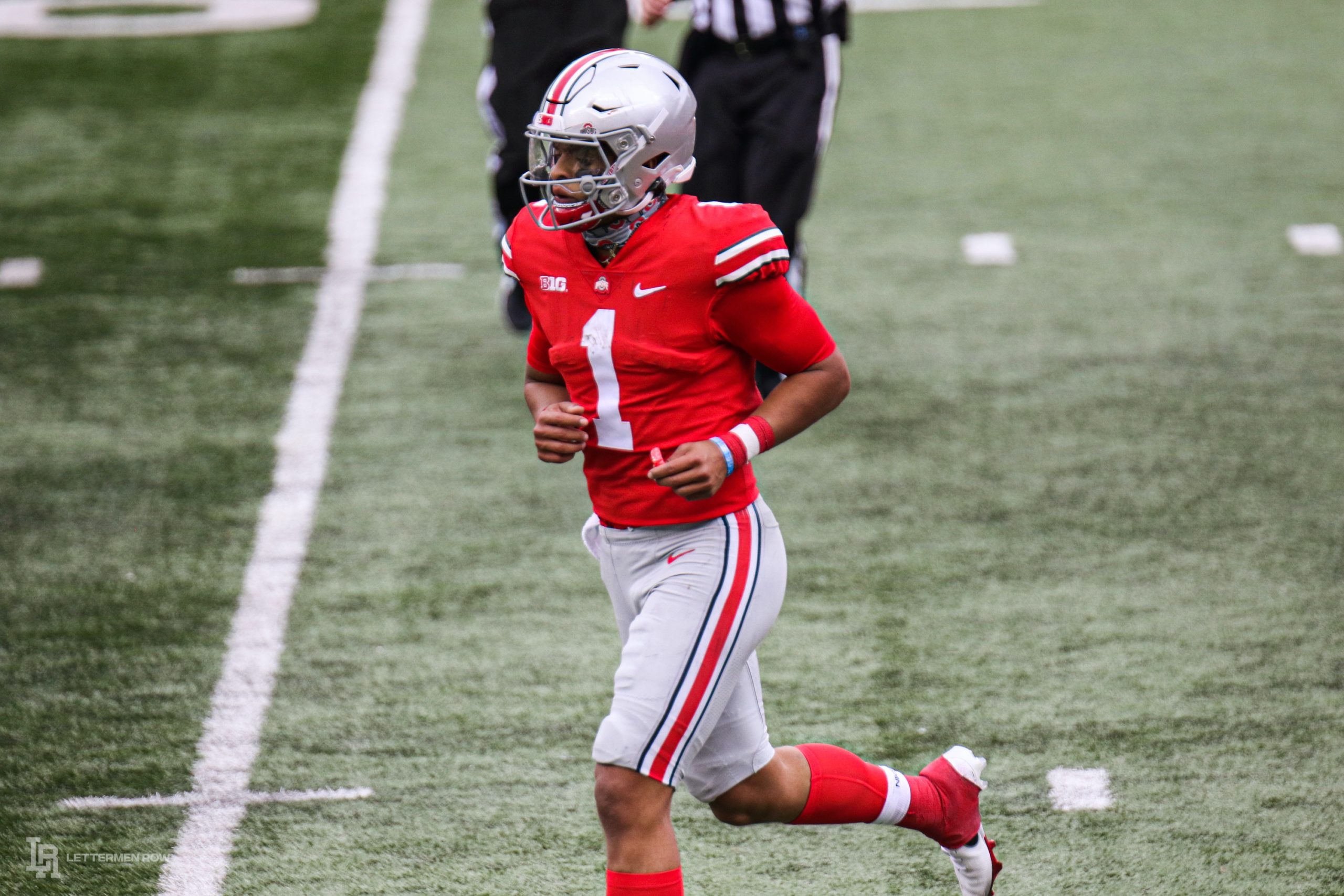 Justin Fields is one of the Heisman Trophy favorites. (Birm/Lettermen Row)

Ohio State was projected to be one of the top three teams in the country heading into this unique, pandemic-shortened season.

And the Buckeyes looked the part in their season-opening game Saturday afternoon when they beat up on Nebraska. The Silver Bullets defense looked better as the game went on and Heisman Trophy candidate Justin Fields looked even better than expected, only missing on one throw.

It only took one game for the shift to happen. If the Buckeyes continue to impress, the odds will continue to move around in their favor.

Ohio State head coach Ryan Day, wide receiver Garrett Wilson, center Josh Myers and defensive tackle Haskell Garrett held a press conference Tuesday afternoon to break down the Buckeyes as they gear up for the tough road test at Penn State. Day and the players talked about Garrett’s breakout performance on the defensive line, the run game and how to fix it and Wilson’s game in the slot. Don’t miss the latest press conference with Day and the Buckeyes.

After the press conference, Lettermen Row senior writer Austin Ward was joined by Birm and Spencer Holbrook to break down everything they learned from Day and the players, including plenty about the status of superstar receiver Chris Olave. It’s the Practice Report presented by Byers Auto!

Buckeyes optimistic Chris Olave will be healthy for Penn State trip
What We Learned as Ryan Day, Buckeyes prep for first road test