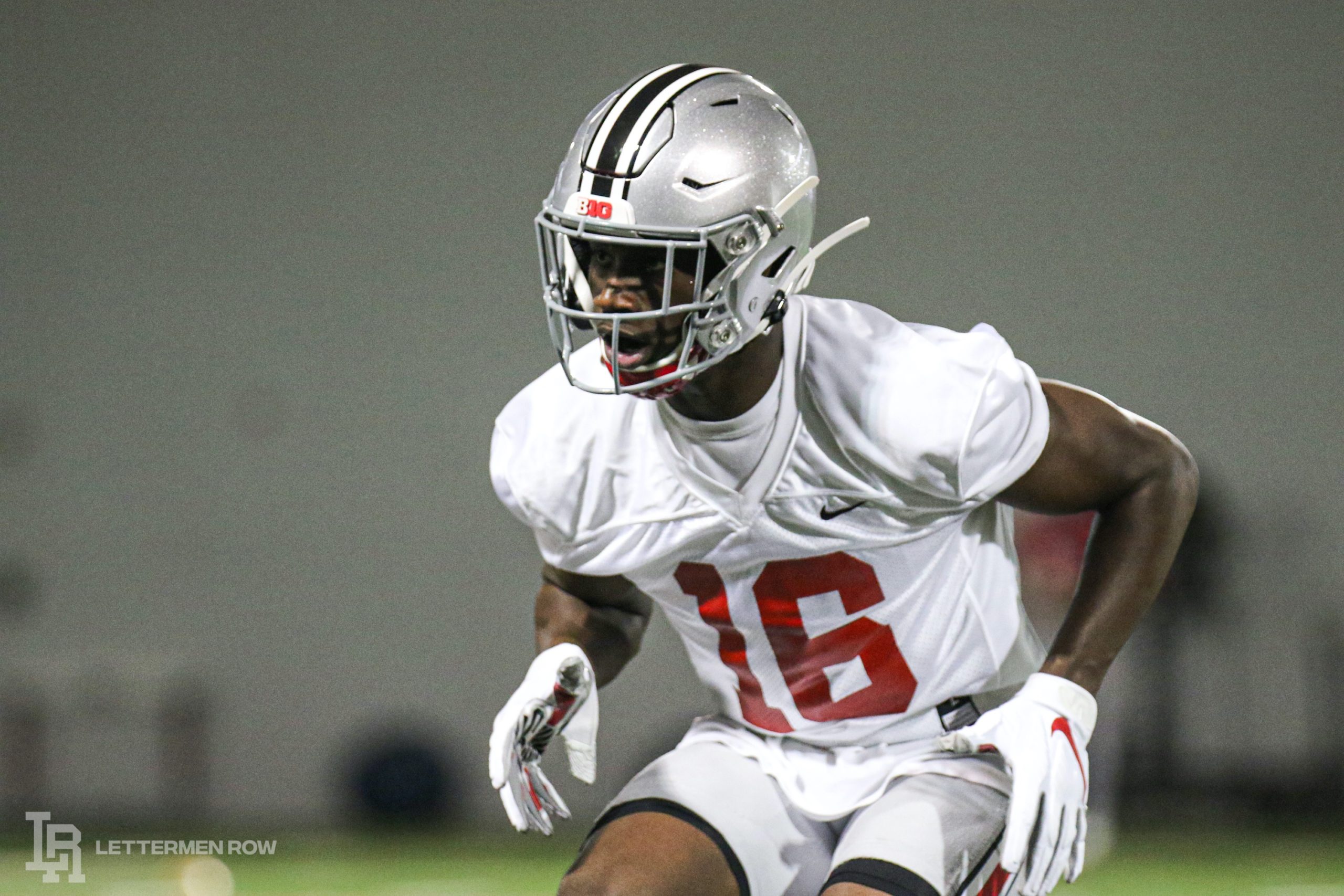 Ryan Watts enrolled at Ohio State early so he could learn from his coaches and see the field as soon as possible. It seems he is already making an impression on the Ohio State coaching staff.

Watts is the latest member of the highly-regarded 2020 recruiting class to shed his black stripe. The Buckeyes practiced Monday, and the black stripe came off Watts’ helmet. He’s the fourth defensive back from his recruiting class to lose the black stripe, joining Cameron Martinez, Kourt Williams and Lathan Ransom. Those defensive backs, with the exception of Williams, who will miss the season with a knee injury, are already showing why they belong at Ohio State.

“I think we have a great group of freshmen,” Buckeyes defensive coordinator Kerry Coombs said. “They’re talented. They don’t know what they don’t know yet, so we’re working on that. They’re learning about the toughness about Ohio State and the culture. I think those kids are going to contribute. This season more than any other, you’re going to have to depend on inexperienced players to step in and fill roles. So we’re working really hard on coaching our depth.”

And Ryan Watts can be a key part of that depth starting Saturday against Nebraska.

Ohio State head coach Ryan Day and offensive line coach Greg Studrawa held a press conference Tuesday afternoon to break down the Buckeyes as they gear up for the season-opener against Nebraska. The coaches talked about urgency out of the long, 10-month layoff without football, the strength and depth of the offensive line and much, much more. Don’t miss the latest press conference with Day.

After the press conference, Lettermen Row senior writer Austin Ward was joined by Birm and Tim May to break down everything they learned from Day and Studrawa, including plenty to settle about that offensive line being one of the best in school history. It’s the Practice Report presented by Byers Auto!

Ohio State less than a week away from kicking off against Nebraska in the season opener, and the Tim May Podcast is back to break down every angle.

Tim welcomes Lettermen Row senior writer Austin Ward on the show to talk about the matchup between the Buckeyes and Cornhuskers, the biggest questions remaining on the Ohio State roster, other angles and how the Buckeyes can get to another College Football Playoff.

Tim also welcomes on Sam McKewon, the Nebraska beat writer for the Omaha World-Herald, to talk about the the Cornhuskers, if they can upset the Buckeyes and how the two blue-blood programs fought together to reinstate the Big Ten football season. Don’t miss this loaded episode.

The Tim May Podcast is available on all podcast platforms, including Apple Podcasts, Spotify and Stitcher.