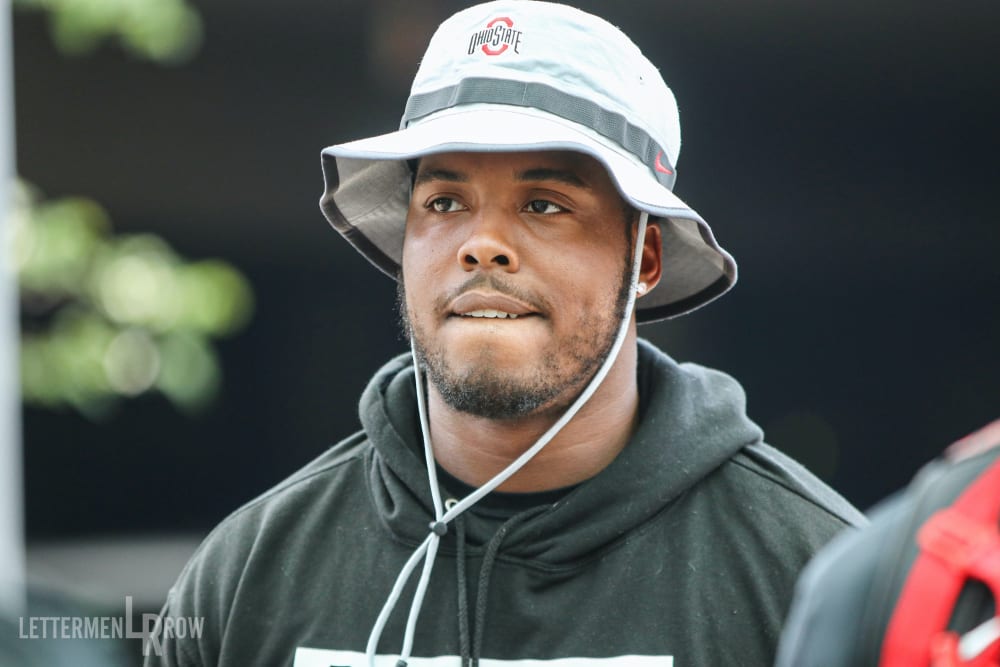 With Jonathon Cooper reportedly out for Ohio State’s season opener, Saturday’s game against Florida Atlantic will give the Buckeyes a good indication of how deep their defensive line is. Nick Bosa and Dre’Mont Jones are now in the NFL, and Cooper’s absence means the Buckeyes will be without a seasoned defensive end to pair alongside All-American Chase Young.

But Ohio State has plenty of others who can step in and show what they can do while Cooper is out, which should provide a gauge of where the line stands.

“In terms of defensive end? Obviously Chase is there and Javontae Jean-Baptiste has come along,” Ohio State head coach Ryan Day said. “Zach Harrison will play this year. He’s ready at the beginning of his career, he’s got a huge ceiling and the more he plays the better he’ll get. And you have Tyreke Smith and Tyler Friday as well. Jashon Cornell can go inside or outside.

“I feel decent about the depth there. I think we’re maybe a little deeper inside, but I feel strong.”

Ohio State appears to be done at 2020 TE

Ohio State once looked likely to take two tight ends, but those plans appeared to change in the aftermath of Joe Royer’s commitment. A one-player class at tight end now looks more likely than ever after 3-star Cam Large committed to Wisconsin this week. Although Large hasn’t been in the Buckeyes’ picture for a bit, he was once considered a serious possibility back when the Buckeyes were aiming to sign two tight ends.

There is one more possible option — although unlikely — as noted by Birm: “The best second option for Ohio State at tight end in 2020 lives right down the street and his name is Luke Lachey. There have been continuing conversations with the Buckeyes and Lachey, but at this point, there’s no reason to expect anything will change in his recruitment. However, recruiting often changes in the blink of an eye, and if there becomes an increased need for another tight end in 2020, Lachey is the guy that makes the most sense.

“If not, expect the Buckeyes to recruit two at the position in the 2021 cycle.”

If the Silver Bullets are going to get back where the program expects, Fuller figures to have a prominent role in the turnaround. And now that he’s fully healthy, expectations are soaring that he’ll again be the kind of dynamic playmaker and invaluable safety net in the secondary that the Buckeyes have seen him be in the past.

It certainly helps that there is plenty of experienced talent around him, of course. But Fuller has both the on-field and locker-room presence that can help elevate others, and that’s one big reason why there has been so much optimism around the Ohio State defense heading into the season opener on Saturday against Florida Atlantic.

What makes Jordan Fuller so valuable to Ohio State? How will the Buckeyes feature the safety in a revamped scheme? Where is the ceiling for the defense with Fuller completely healthy this season? Former Ohio State linebacker Zach Boren was in the Lettermen Row lab breaking down the film of the senior safety to find some answers to those questions.

Ohio State commitment Jaxon Smith-Njigba is chronicling his senior year thoughts and memories for Lettermen Row. On Wednesday, he introduced himself and talked about getting ready for another year of high school football in his first Senior Tackle post.