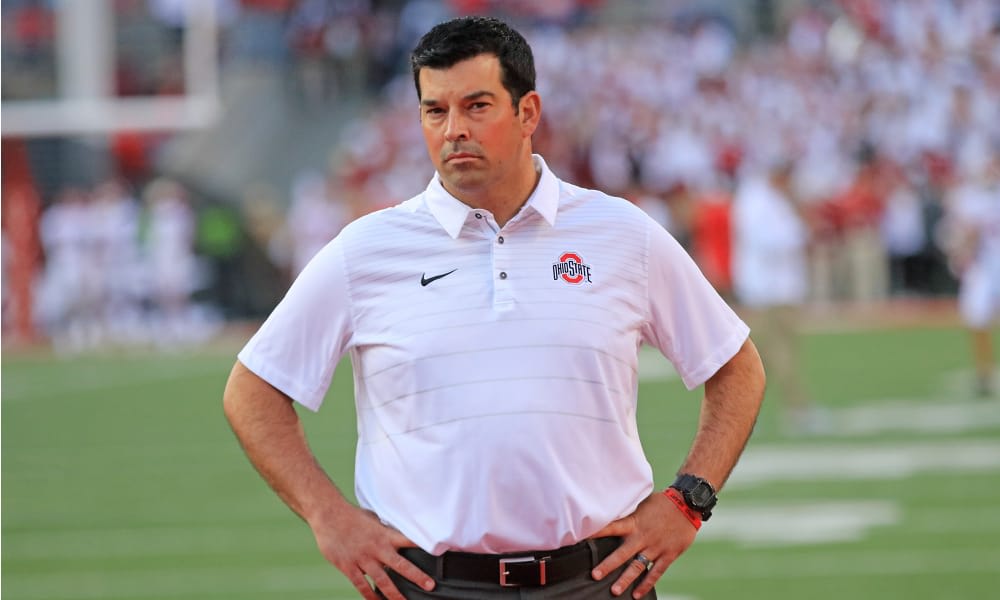 Ryan Day's Buckeye Bash appears to have been a success. (Birm/Lettermen Row)

Muskegon (Mich.) 3-star athlete Cam Martinez is one of the country’s best football players, and that’s the message the Buckeyes tried to deliver to him on his official visit this weekend in Columbus.

“Coach Day told me he thinks I’m one of the best athletes in this class. He just wants me on the team, no matter what position I play.”

That’s why Martinez, who was hosted by Buckeyes receiver Kamryn Babb, met separately this weekend with Brian Hartline and Jeff Hafley. He got to know each coach along with Day because Ohio State believes Martinez could be an All-Big Ten type talent on either side of the ball.

The Buckeyes don’t care where Martinez plays on the football field as long as he’s doing it in Columbus.

“The visit was great,” Williams told Lettermen Row. “It was just the whole tradition there. The whole plan and goal they have for their program. They have a really-highly ranked recruiting class this year and I can see why. I feel like that Bullet position is the perfect position for me to utilize my skill set.

I absolutely felt comfortable there. I just felt it inside the program, how the coaches and players treated me and my family.”

It’s very early in Jayden Ballard’s athletic life but it’s clear to see, no matter the arena he performs in, that he’s a rare physical talent.

What is going to separate Ballard from his peers is the coaching he’s receiving at Massillon Washington and the chances ahead of him to receive not only practical football advice from Brian Hartline and the Ohio State staff, but to mentored — closely — by Hartline over the course of the next two years from a stone’s throw away from Ohio Stadium.

The Buckeyes obviously need that step forward from the linebackers as well if they’re going to defend the Big Ten title again this season. And business will really pick up in August when training camp opens and Washington gets his hands on a hungry group of defenders again.

So, what exactly went wrong last season for Ohio State on defense? Where can the Buckeyes potentially find some simple solutions? Who should be on the field the most for Al Washington at linebacker? Former Ohio State linebacker Zach Boren was in the Lettermen Row film lab again looking back on the problems from last season — with an eye on the future for a revamped defense.