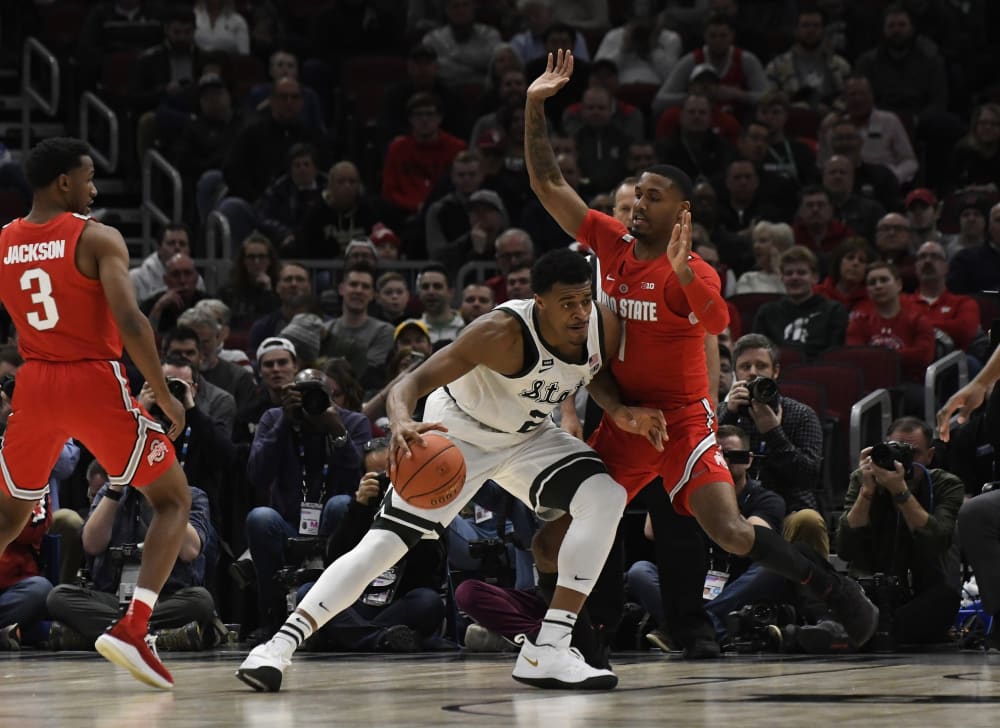 Ohio State will wait and see what its postseason assignment is. (David Banks/USA Today Sports)

Ohio State got what it came for at the Big Ten tournament, but nothing more.

There was no encore for the big win in the opening round, no revenge after losing twice previously to Michigan State and no chance to see the river dyed green this weekend in the Windy City.

But the Buckeyes appear to be in the NCAA Tournament field thanks to the win over Indiana on Thursday, which should ease the sting on Friday after falling again to the Spartans in a 77-70 loss at the United Center. Lettermen Row senior writer Austin Ward broke down what it all means in his Three Points post.

Which recruit will be next to commit?

Right now, Ohio State has the top-ranked recruiting class in the Big Ten and a handful of Buckeyes targets could be on deck to join Ryan Day’s first full recruiting class. Which players are good possibilities to be next and to start rounding out a class that is — right now — made up entirely of offensive prospects? Lettermen Row recruiting czar Birm put together a list of 5 players who could be Ohio State’s next commit. Check it out!

Ohio State unveiled them on the sidelines as the postseason opened in the Big Ten tournament and March Madness got rolling.

Now join in with the Buckeyes “Family” by grabbing this on-court long sleeve tee from Nike. Click HERE to purchase and gear up as Ohio State starts aiming for a run in the NCAA tournament.

Cormontae Hamilton’s effort and determination is what caught the eye of the Buckeyes and one reason that the Ohio State coaching staff decided to take a flier on a young man who is built considerably different than most of the other tight ends being recruited by the program. Another reason? Hamilton can play football, period.

But does he have the potential to be a factor in Ohio State’s evolving, more pass-happy offensive concepts? That’s the question that former Ohio State tight end Jake Stoneburner and Lettermen Row senior writer Austin Ward are trying to answer in today’s BuckIQ breakdown of the 6-foot-2, 255-pound Hamilton.