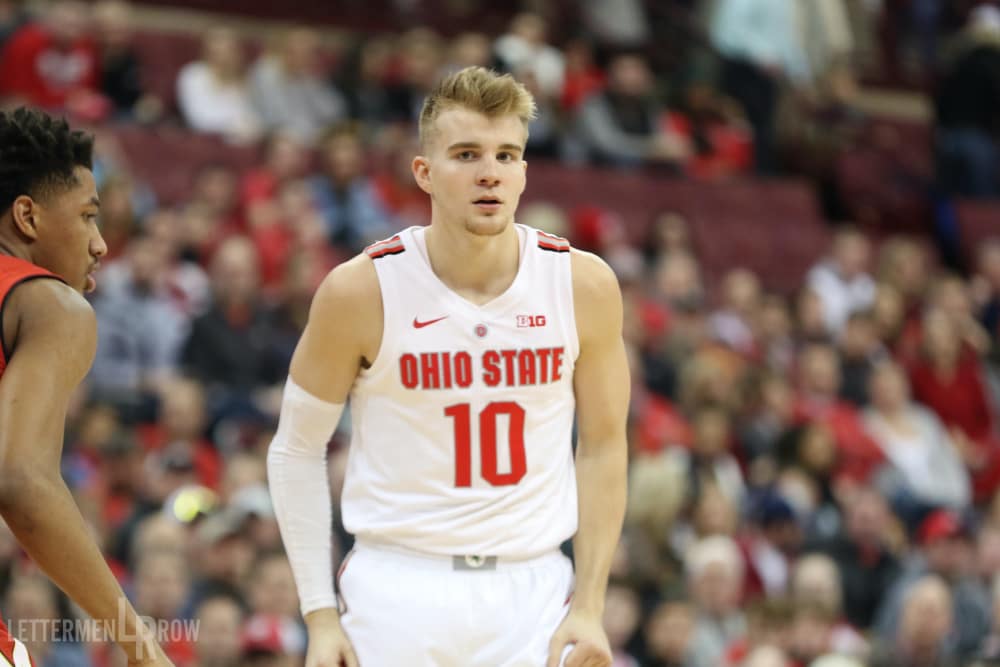 Ohio State basketball still needs to avoid a road loss to a terrible Northwestern team, but if the Buckeyes can do that it certainly appears as though they’re going dancing. Ohio State exploded for a 90-70 win against No. 22 Iowa on Tuesday, giving its resume a much-needed boost. As long as Ohio State can beat Northwestern, the worst its conference record would be is 9-11, and a weak bubble combined with a strong nonconference performance from the Buckeyes should guarantee a bid.

Ohio State coach Chris Holtmann and members of the Buckeyes met with the media after the Scarlet and Gray handled Iowa at home Tuesday to add a solid win to their NCAA Tournament resume. Watch the interviews right here.

After the announcement that Rutgers graduate transfer Jonah Jackson is coming to Ohio State on Monday, the assumption is that Day would be done making additions to the offensive line. That may end up being true, but sources close to the program have indicated that there still remains a chance for another grad-transfer to join the fray — but it’s not Virginia’s R.J. Proctor, who was expected to visit this weekend and will not make the trip.

Parker Braun, who is leaving Georgia Tech, has two years left to play one year. That could make him a more appealing option for the Buckeyes as they look to completely restock what had become a depleted offensive line room. After earning All-ACC honors the last two seasons, Braun decided to leave the Yellow Jackets program, and Ohio State is one of the schools he continues to look at, according to the Atlanta Journal-Constitution.

“He has taken an unofficial visit to Florida [with his younger brother Joshua, a rising high school senior from Live Oak, Fla., and has an official visit planned for Texas for March 1,” Ken Sugiura wrote. “Braun said, ‘We’re still trying to work out something with Ohio State.’”

This week on Lettermen Live presented by Byers Auto, Reid Fragel joins Austin Ward to talk about Ohio State’s newest player, graduate transfer offensive lineman Jonah Jackson. Jackson is joining the Buckeyes from Rutgers where he was a team captain and honorable mention All-Big Ten performer. Fragel gives his thoughts on where Jackson will fit in on Ohio State’s offensive line.