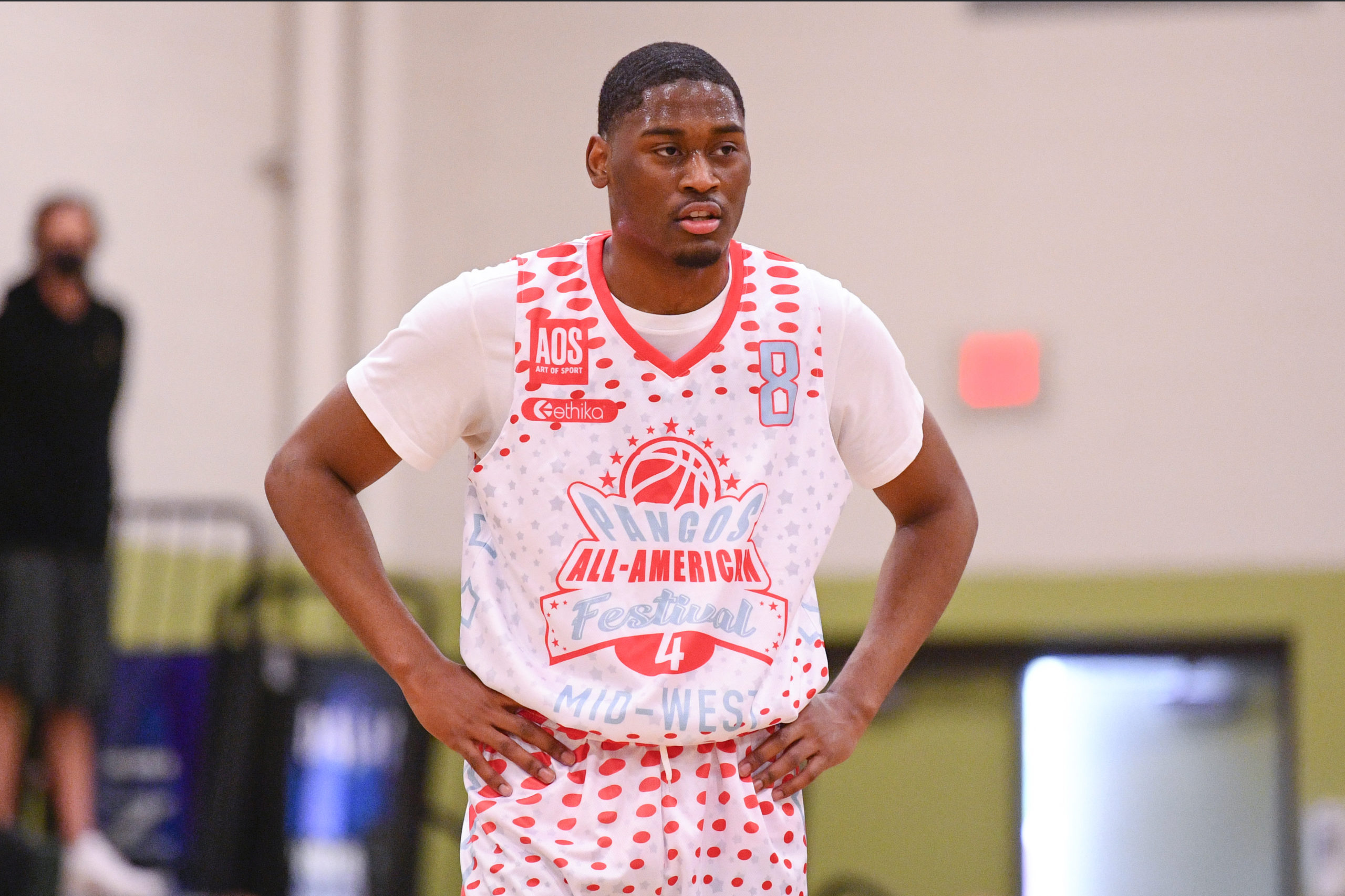 Malaki Branham will make an impact for the Buckeyes. (Brian Rothmuller/Icon Sportswire via Getty Images)

Malaki Branham had one of the most impressive senior seasons in recent Ohio high school basketball memory. He’s being rewarded with the highest honor for his efforts.

The future Ohio State star was named Mr. Basketball in the state of Ohio for the 2020-2021 season. He is the first player from his high school, Akron St. Vincent-St. Mary’s, to win the award since LeBron James in 2003, and he is fresh off a state championship win last month.

Ohio State will certainly welcome Branham into the Buckeyes program with open arms when he enrolls. Branham can supply a scoring boost and help the Buckeyes team that was a No. 2 seed in the NCAA Tournament before being upset by Oral Roberts in the first round.

The newest Mr. Basketball, Branham has a chance to help Chris Holtmann and the Buckeyes immediately.

Buckeyes have plenty to do on recruiting trail in April

The wait could be almost over for Ohio State on the recruiting trail — really. There is major momentum suggesting the dead period finally wrapping up at the end of May. That means the next six weeks are likely to remain calm for Ohio State, but they’ll be instrumental in setting up a very important summer.

Lettermen Row’s Jeremy Birmingham put together a to-do list for the month of April, and part of that can be found here:

This is probably a bit of a no-brainer, but it needs to be said anyway. After months of will-it-or-won’t-it conversations, a final answer is needed about the dead period one way or another.

Getting that answer is a big deal for every college program, but it could be more important for Ohio State than most. The Buckeyes are in a holding pattern with 5-star 2021 defensive lineman J.T. Tuimoloau, waiting more than a year for his chance to visit Columbus. The fact that he and his family have continued to be patient waiting for that visit is a good thing. But at some point it just has to happen.