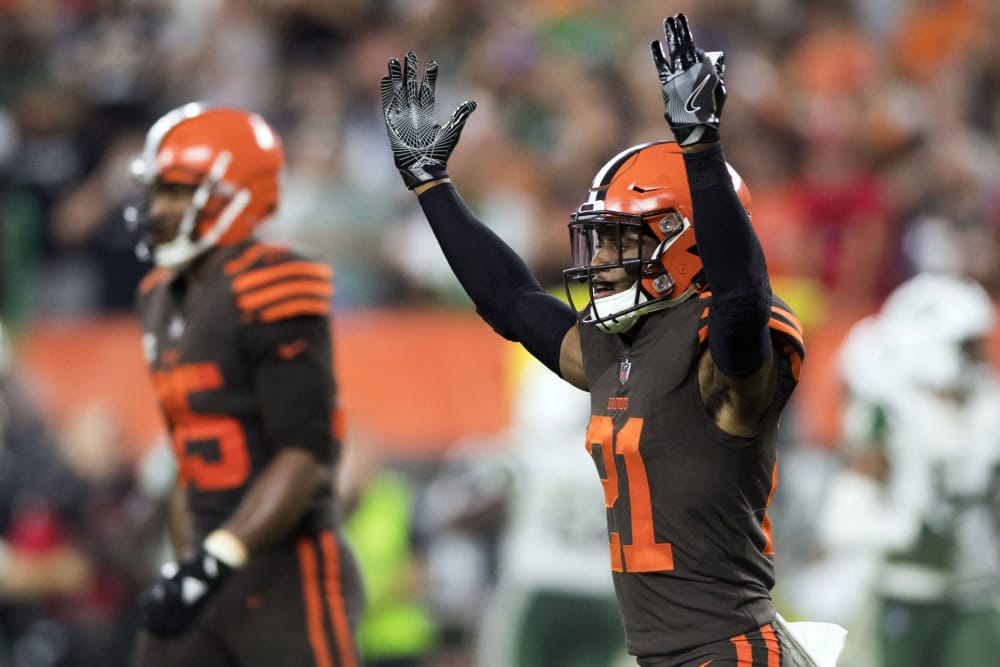 Denzel Ward is at it again

An impressive rookie season for Denzel Ward continued on Thursday when Ward forced and recovered a fumble in the Browns’ 21-17 win — yes, win!!!! — against the New York Jets. That brings Ward to three takeaways in as many games and had NFL analysts singing his praises yet again during another strong performance.

three weeks in, can't think of a rookie who's exceeded my expectations more than denzel ward

Carlos Hyde has a day

Ward wasn’t the only former Buckeye showing out in First Energy Stadium, though. Carlos Hyde got in on the act, running for two touchdowns on his birthday. Far more importantly, he rushed to the hospital after the game because his wife was set to give birth to their first child. How’s that for a Thursday?

Ohio State coach Urban Meyer revealed on his weekly radio show that Nick Bosa had surgery for a core muscle injury and is out indefinitely. That almost certainly means the Buckeyes will be without him when they travel to Happy Valley to take on Penn State, but he could be back for a stretch run that includes Michigan State and Michigan in the final three weeks of the regular season.

Could Shaun Wade be the solution to Ohio State’s struggles at safety? Lettermen Row senior writer Austin Ward says it’s worth considering a position switch, at least for the time being:

Wade arrived on campus as the nation’s second-ranked recruit at cornerback last year, a season he was forced to redshirt due to injury. The amount of talent already at that position made it unlikely that he would carve out much of a role there this season, but his versatility, athleticism and 6-foot-1, 192-pound size have opened the door elsewhere. For now, Ohio State still appears to be mainly trying to get him action in the nickel package, but he could wind up being a solution for a problem that hasn’t been solved at safety.

And the truth is, it’s probably still a bit early to be throwing Josh Proctor into the fire in a starting role despite all the buzz about his potential since he arrived this summer. Patience is key, both with true freshmen and first-time starters.