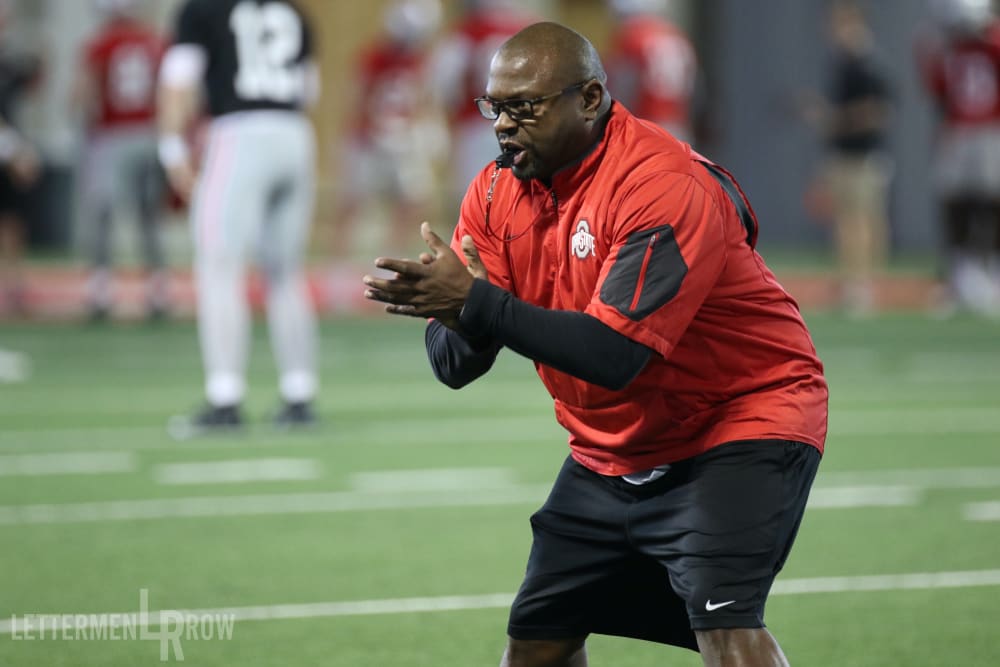 As 247Sports reported on Tuesday, Tucson (Ariz.) Salpointe 5-star running back Bijan Robinson will announce his commitment via his instagram feed on Aug. 2.

Ohio State is considered the favorite to land Robinson, who is the No. 4 running back and No. 22 overall prospect in the Class of 2020. Moreover, the Buckeyes are also projected to get a commitment from 4-star safety Lathan Ransom, a teammate of Robinson’s at Salpointe. Ransom plans to announce July 16.

Lettermen Row recruiting czar Birm offered his analysis on Cooper and what his commitment means for the Buckeyes going forward. Here’s some of what he had to say:

At the risk of sounding hyperbolic, the primary thing the 5-foot-9, 185-pound Cooper brings to Ohio State is home-run ability nearly every time he touches the football. There may not be a more dynamic, playmaking prospect in the 2020 class with the football in his hands. That’s why, despite a plethora of receivers on the board for Hartline and Ryan Day, Cooper was a priority over the last handful of months.

Simply put, there may not be a better slot receiver in the Class of 2020. Cooper moves in and out of breaks with aggression and is a matchup nightmare in the slot, but he is also capable of carrying the football out of the backfield after playing two years of running back in high school.

Ohio State loves versatility, and it loves receivers who can create their own space, catch the football and then run with it. That is, in a nutshell, what Cooper does as well or better than anyone in this recruiting cycle. He may be short of stature, but that doesn’t mean Cooper is small. He’s solidly built and plays a physical game.

In Tuesday’s edition of Dotting the ‘Eyes, Birm tackled an interesting question: How many players will end up in Ohio State’s 2020 recruiting class? Take it away, Birm:

For the last few months, I’ve been of the mindset that Ohio State would end the Class of 2020 somewhere in the 27-player range but after recent conversations with multiple sources within the Buckeyes program, I now feel pretty safe that this group will cap at 25.

Of course, that 25 will not include kicker Jake Seibert, who intends to grayshirt for Ohio State so I suppose you could technically count 26 in this class if you add him in.

The plan for Ohio State though, I am comfortable saying, is to sign 25 players in December.